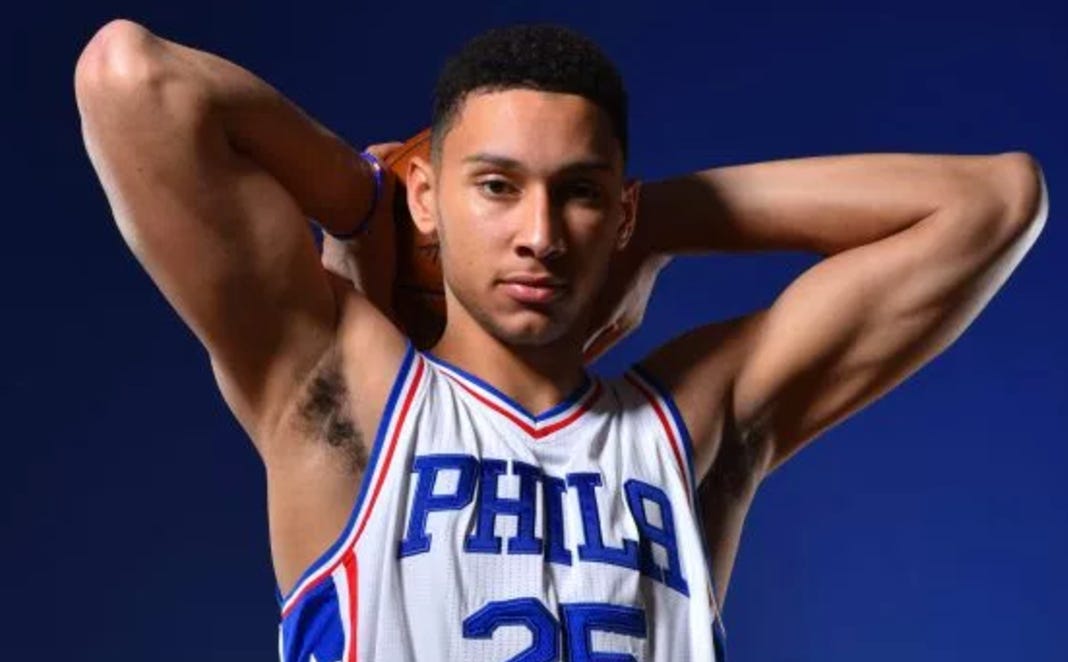 ESPN – Philadelphia 76ers coach Brett Brown said he expects to have rookie and No. 1 draft pick Ben Simmons on the court in a game this season. “I fully expect him to play this season. He thinks that, and he’s motivated to play.” Both Brown and Simmons are in favor of the 6-foot-10, 240-pound point guard/forward making his NBA debut this season, sources told ESPN. However, the decision ultimately rests with the Sixers management. Simmons fractured his foot at the end of September, and the team is being cautious — especially after dealing with Joel Embiid and his rash of injuries the past couple of years. Ben Simmons, who fractured his foot back in September, is running, jumping and cutting during 76ers practices, but a timetable for his return to the court is still unclear. Brown told ESPN that Simmons is running, jumping and cutting but hasn’t been cleared for contact. Brown has been training Simmon in individual workouts, and the player also has been doing 5-on-0 drills. Brown reiterated that Simmons won’t be doing any 5-on-5 work over the All-Star break, largely because the players are out of town and it would be difficult to simulate. “I think he looks good — even though it’s 5-on-0,” Brown said. “He’s got a great spirit, attitude. The plan is to heal him up, treat him with complete care and then deliver him to the court.”

Suuuuuurrrrre he’ll be back. Let’s face it, Ben Simmons will not be playing this season. In a perfect world the best, raw #1 overall prospect since LeBron would’ve came into the NBA as a Sixer and started slinging from day 1 to eternity. However, this isn’t a perfect world. And for some reason The Almighty has proclaimed Philadelphia can’t have nice things. The Sixers weren’t going anywhere, anyways. So if we have to wait a full season before seeing our franchise take the court.

I also get this has to do with his agent and sponsorships (helllllloooo NIKE) rather than the Sixers and his injury. OF COURSE his representation wants his meal/life ticket to sit out and guarantee his kid’s college funds are safe on the bench. Same thing with NIKE keeping their golden egg unhatched until next season when he can win a Rookie Of The Year (he’d be ineligible next year if he plays a single minute this season). Fuck it. Put him in a hyperbolic chamber till next season if you gotta. Do the same with Embiid, who Brown expects back after the ASG. Keep them happy and healthy till the dynasty can properly start. Plus it gives that offensive Ogre Okafor more court time to hopefully pimp up his trade value.

It’ll be well worth the wait. Trust me. Actually, don’t. Trust the goddamn process. This kid, and the entire team, will be fresher than fresh on the court sooner than later. Someday, someway Big Benny will be out there eclipsing 100 assists in a game. CAN’T WAIT.