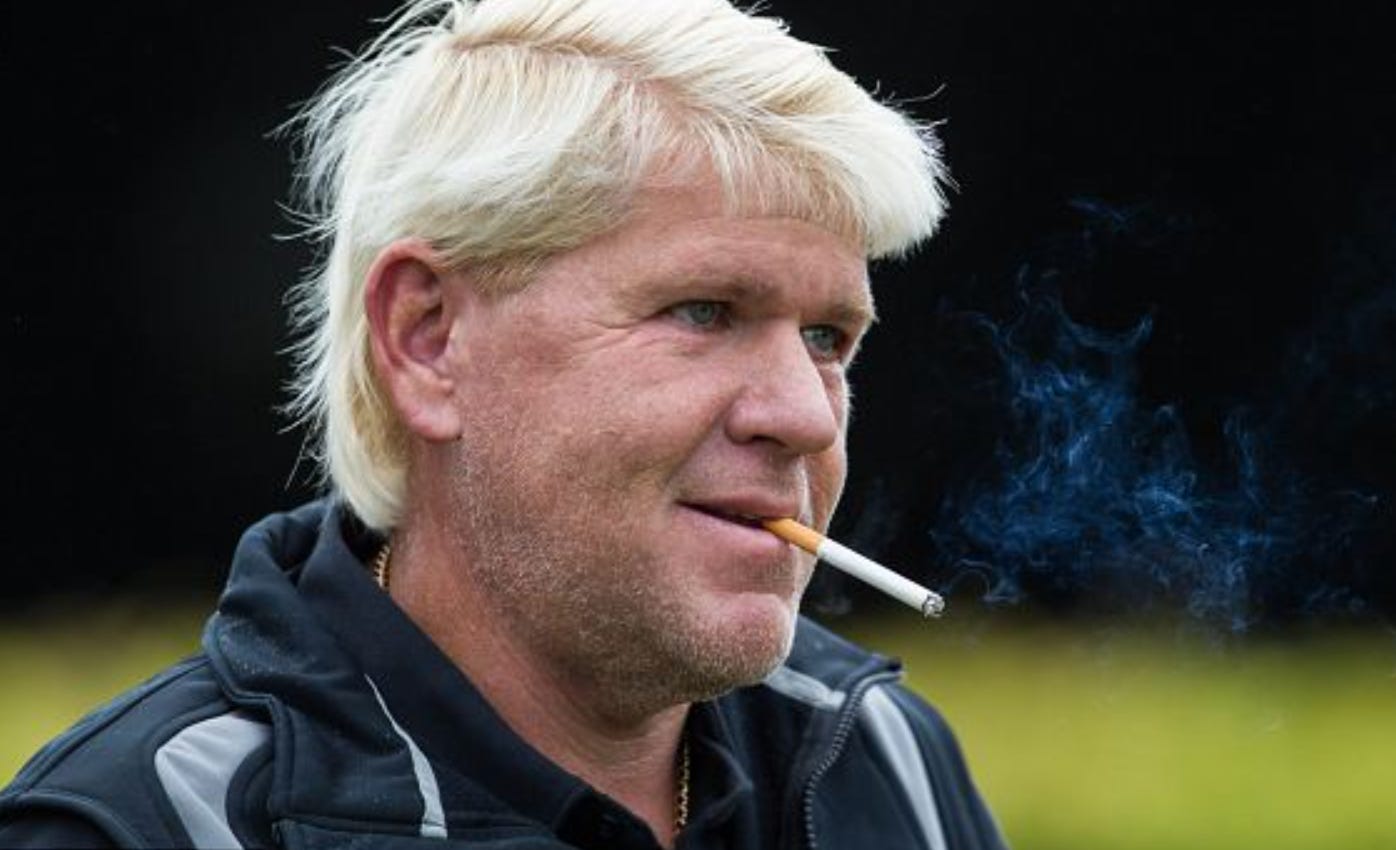 So this has been a bit of a story the last week or so. The story was that John Daly got frustrated at the Allianz Championship in Boca Raton, Florida after going bogey-bogey, withdrew from the tournament and tossed his putter in the lake

There isn’t any video of the ordeal which is why I didn’t blog it the first time around. A blog title that reads “John Daly Withdraws From Tournament Then Launches Putter Into The Water” isn’t fun if there isn’t video of the toss.

PGA- John Daly has thrown golf clubs during fits of frustration over the course of his wild career. He says his putter going into a lake at a PGA Tour Champions event last week was not one of them. “If I throw a putter, it’s going to be in two pieces, not one,” Daly said Wednesday. “And it’s going to be 50 yards in the lake, not 5.” Daly says reports of him throwing his putter into the lake at the Allianz Championship in Boca Raton, Florida, were lacking context. The two-time major champion said his sciatic nerve was acting up and he probably shouldn’t have played. He decided to withdraw after the seventh hole and while walking off the green, he flipped the putter over his shoulder to his caddie, who wasn’t watching, and the club went into the water.

Classic mix up. He wasn’t tossing the putter into the water. He simply overshot this caddie and it made it’s way int the water. It’s the biased media that is painting JD as a hot head. Sad! I do love that Daly was like, “Listen up, if I were to throw my putter into the water, that fucker would be broken to pieces. It’d be broken to pieces and 50 yards in the lake. Get your facts straight.” JD the GOAT.