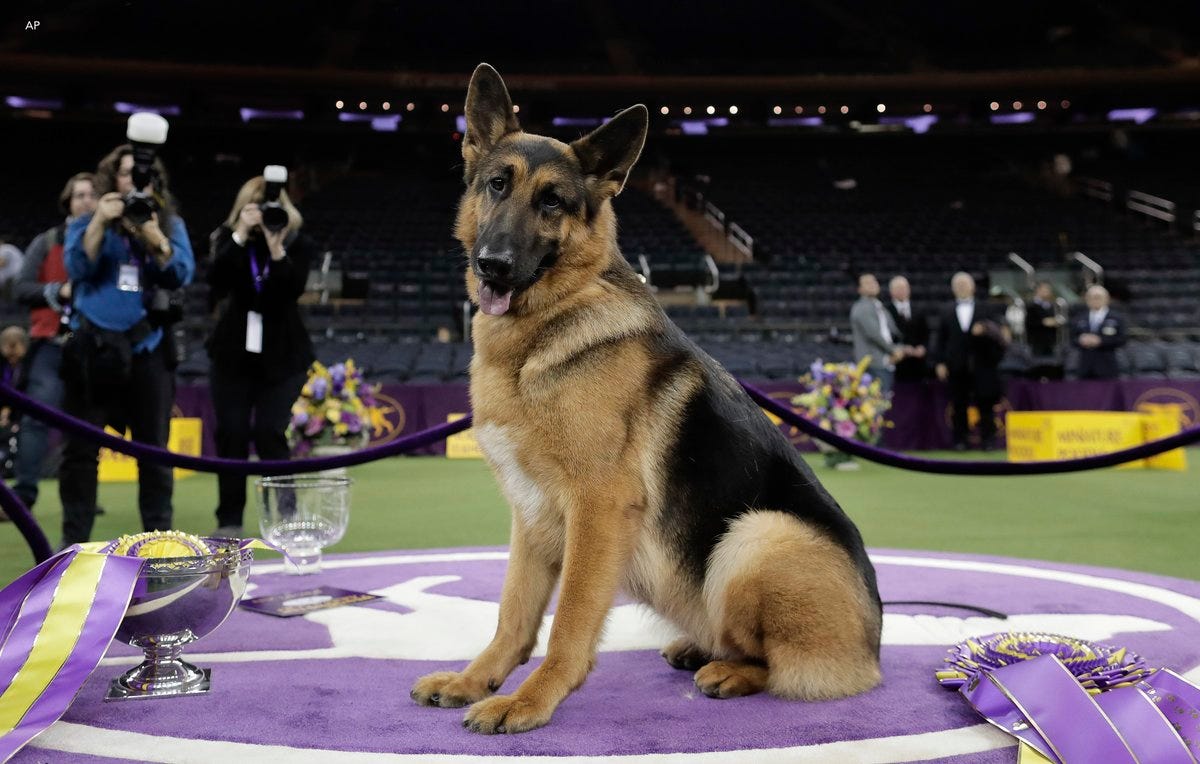 I’m not impressed by Rumor. I’m not gonna get into the weeds and argue the merits of gate and all that shit. Rumor is a good boy. No doubt, but he’s not the cutest dog at Westminister Dog Week, not by a longshot. He’s a very average looking dog. German Shepards by and large just don’t do it for me. Maybe it’s the years of working with them and I’m just so oversaturated with the GSD that I don’t even care about hugging them. I know. I know. It’s harsh, but I need to be honest with you. Truth be known, I like Belgian malinois better.

It’s hard to be critical of a dog without sounding like an asshole, but I’m willing to put my neck on the line. I prefer my Westminister Dog Show winner to be fluffy. To have flowing locks of fur. I expect a certain.. how do you say…je ne sais quoi… and Rumor just doesn’t have it.

“Chaps, can you give us some examples of what you would like? I thought you’d be a huge german shepherd guy given your background with bomb dogs so this is utterly perplexing.” 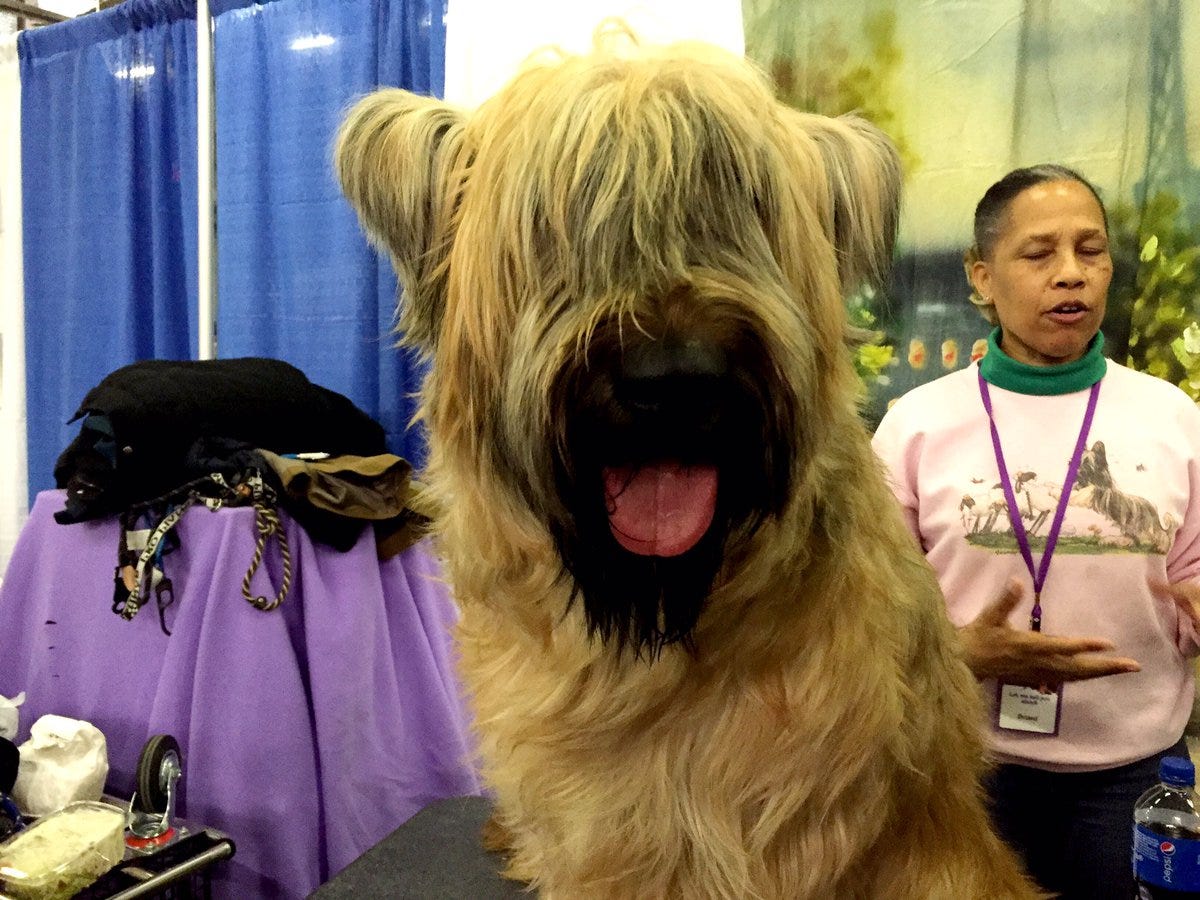 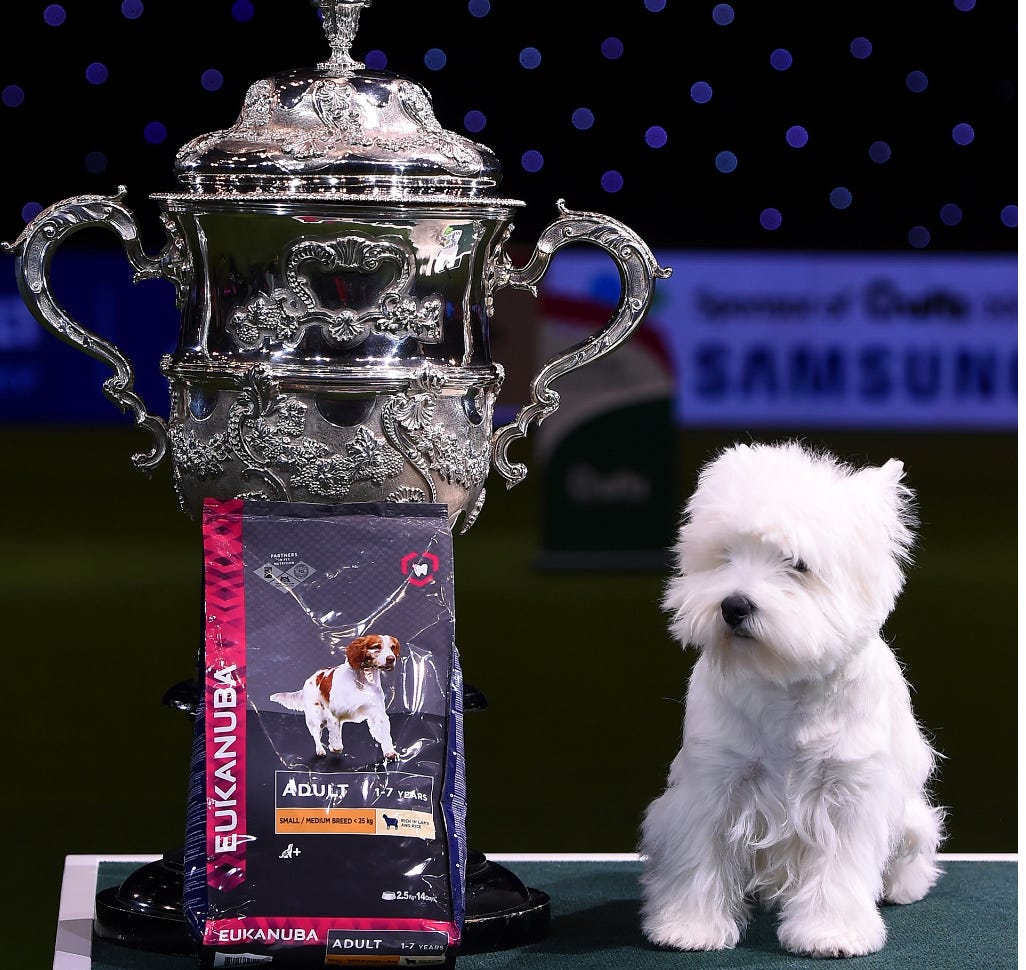 And that was talkin dogs.