Not gonna lie, I woke up this morning still a little shaken up as if I’d just witnessed a Srebrenica-like genocide, except the ones getting mowed down were (allegedly) some of the best soccer players in the world. I’m still flabbergasted at how AWFUL Barcelona looked yesterday. I mean, yeah, Andre Gomes can play like garbage here and there and nobody will bat an eye. But Suarez was running around aimlessly, Iniesta was woeful, and Messi’s hustle made Mesut Ozil look like Carlos Tevez… Neymar was the only guy who brought even his C+ game. 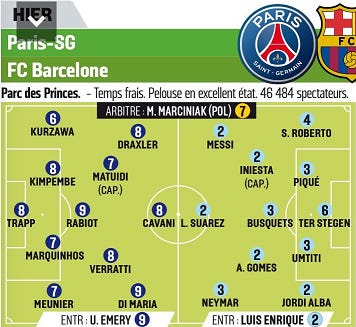 Gomes getting a positive number is VERY charitable

To be fair, PSG played brilliantly for the full 90 minutes (one of the very few times you’ll ever see a team never take their foot off the pedal) and deserves a ton of credit. Even so, there’s just no excuse for that kind of zero-fucks-given performance from the Catalans. Unai Emery’s balls-to-the-wall strategy made Luis Enrique look like a total fool, and I’m not usually a fan of knee-jerk personnel changes but if Barcelona don’t at least show a little spine on the return leg his fate may be sealed. 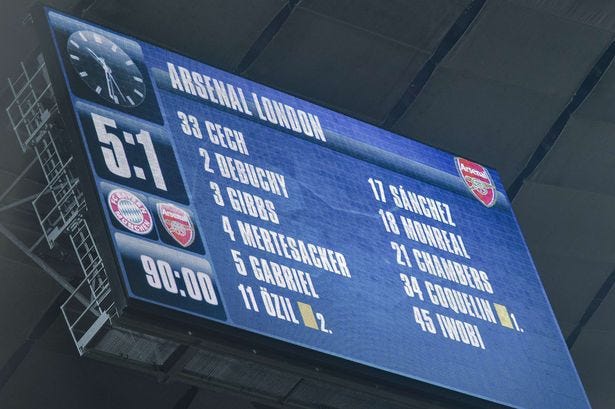 Before we do though, here’s some baby-making music to get you in the mood…

I included some brief thoughts on the various matchups in yesterday’s blog (HERE) so feel free to check that out. As a reminder, here is the schedule of upcoming games: 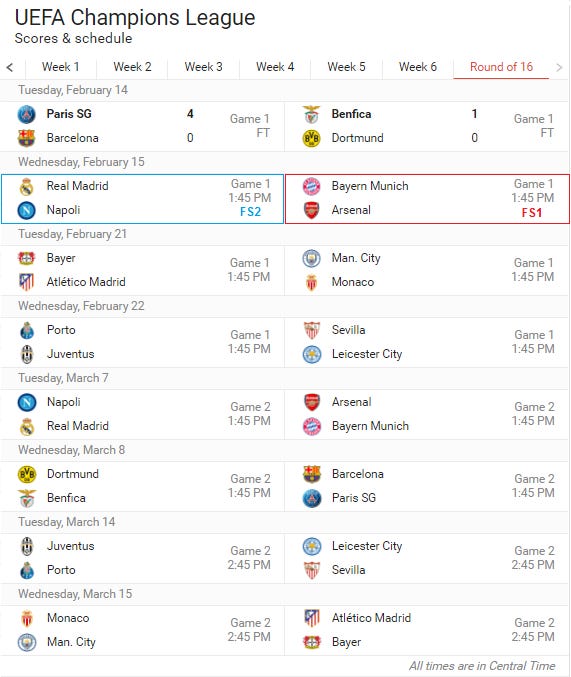 Without further ado, on to today’s action…

Lezzzzbe honest, Bayern have at times not looked much like the well-oiled machine we have grown used to them being and yet still come into today’s game 7 points in front in the Bundesliga and riding an 11-game unbeaten streak. Not bad, I guess. If there is a weakness though it is how uncharacteristically wasteful the Bavarian giants have been in front of net. Usually you think of guys like Lewandowski, Muller, Costa and Robben to be ruthless finishers, and they certainly haven’t been “bad” by any stretch of the imagination, but they have had a touch of the Edinson Cavani’s this year.

[Sidenote: why am I suddenly being so hard on Cavani? Honestly, not sure but I’ve disliked him as a player forever so it felt good to get it off my chest. Someone in the comments yesterday mentioned his off the ball movement as being topnotch, which is absolutely correct, but saying that makes him a good primary striker option is like saying the masseuse gave you a spectacular rub without the tug – what’s the point? Now back to our regularly scheduled programming…]

Arsenal have – recent ass-whupping from Chelsea aside – been better than you might think from how loud the “Wenger Out” contingent has become in recent months. Put it this way: the club has lost a grand total of 6 games out of the 36 they have played this season. That’s hardly something to get all hot and bothered about, especially considering the losses have come to Liverpool, Southampton, Everton, City, Watford and Chelsea. That is one – ONE – truly bad loss in 36 games this season. You’d think from the way the Arsenal TV jagoffs or Piers Morgan have been talking the club hadn’t won a game in months.

Anyway, point being, Arsenal are not nearly as bad as the popular opinion seems to suggest they are. The biggest of several problems the club has though is the 59-inch, 168-pound pile of bug-eyed laziness that has been roaming aimlessly around the middle of the field for most of the season. 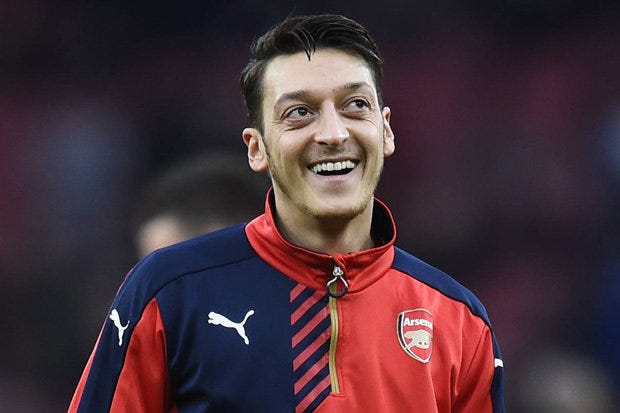 Mesut Ozil, when he feels like it, is an incredible player. Great skill, unparalleled vision (I mean obviously, look at those things), world class passer… but my god has he been even lazier than usual lately.

Having said all that, I have a sneaking suspicion that – assuming Wenger doesn’t drop him for this game – good old Mr. Googly-Eyes is going to extra motivated for this game against a club that he knows especially well after growing up in Gelsenkirchen and playing for Schalke (and Werder Bremen).

Arsenal will need to bring their A+ game to have a chance in this one, but they have the players – Lexi, Ozil, Welbeck, Iwobi, newly tatted Walcott, perhaps even Oxlade-Chamberlain if he’s not too busy worrying about how pretty his hair is – to at least make it a game. Wenger will likely put a cautious XI out there with Sanchez up top, and it will be all about the counterattack. Could they grab one at some point (or even two once Bayern gets even more aggressive) and hold on? I wouldn’t put it past them. Especially given the odds on offer it’s tough to hate taking a flyer…..

Butttttttttttttttttttttt just don’t think it happens. Bayern could put up 8 on just about any defense in the world, and Arsenal’s unexceptional backline is definitely no exception to this rule. I’ll say they keep it close enough to make a game of it heading back to the Emirates in a few weeks. Bayern to win 2-1.

Cheer up, old boy, all is not lost… yet

Hoooooooooooooooo-wee, I’ll be honest, I would not be loving this matchup if I were a Real fan. Napoli have all sorts of weapons, including Dres Martens and Jose Callejon supported by everybody’s favorite large-mouth bass. 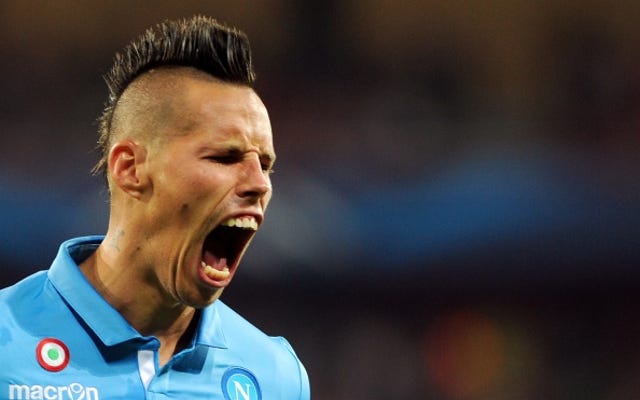 Are you serious with that thing?

Real is and always will be stacked, but the absence of Gareth Bale and injury questions about our boy Ronnie make me a little nervous. That plus Napoli having Diego Maradona in the stands and the traditional hesitancy teams play with in first legs… I’m going 1-1 draw. 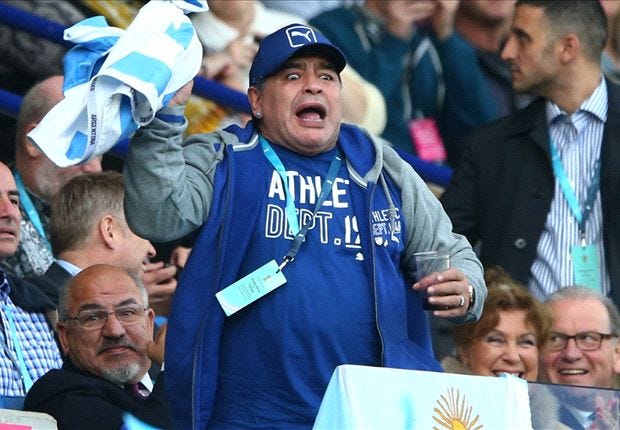 But wait, we still got a biggggggggggggggg day of games tomorrow! Just kidding. It’s just Europa. Yawn. Nobody cares.

Oh, and just in case you forgot how incredible he was before crack: