TMZ- Harrison Ford’s taxiway landing last Monday was caught on video, and it promises to be the centerpiece of the FAA investigation. The video was captured by cameras trained on the runways at John Wayne Airport in Orange County. It shows Ford’s approach which came dangerously close to an American Airlines 737, which was on the taxiway when the actor’s plane passed overhead. A man in the terminal who took a picture of the landing told us Ford had misjudged the runway and banked sharply before landing on the taxiway, but that is not reflected in this video.

So that was what all the fuss was about? Jesus. I was here thinking Harrison scraped the top of the plane with his landing gear the way they reported the story. Nobody and I mean NOBODY should be telling Han Solo how to fly.

Okay for real though, I think we need to have a talk with Harrison Ford because that was pretty fucking close. The last thing I need before taking off in a tin box that can fall out of the sky in an instant is some old man coming in hot and hitting my plane (The first thing I need is an empty seat next to me for obvious reasons). Han Solo remains my favorite character in Star Wars to this day and Indiana Jones is an American hero on par with Abraham Lincoln and John McClane. But the man is 74 years old. I don’t care if he made the Kessel Run in less than 12 parsecs or fought off an entire group of villains on Air Force One back in the day. You probably should start thinking about giving up your driver’s license at 75. Your pilot’s license should DEFINITELY be taken away from you at 70 or so. Especially if you already have one crash on record. The only reason this hasn’t happened yet isn’t because of Harrison Ford’s celebrity either. It’s 100% because he has an earring in one ear. That plus his rugged good looks shaves 10 years off his age instantly. 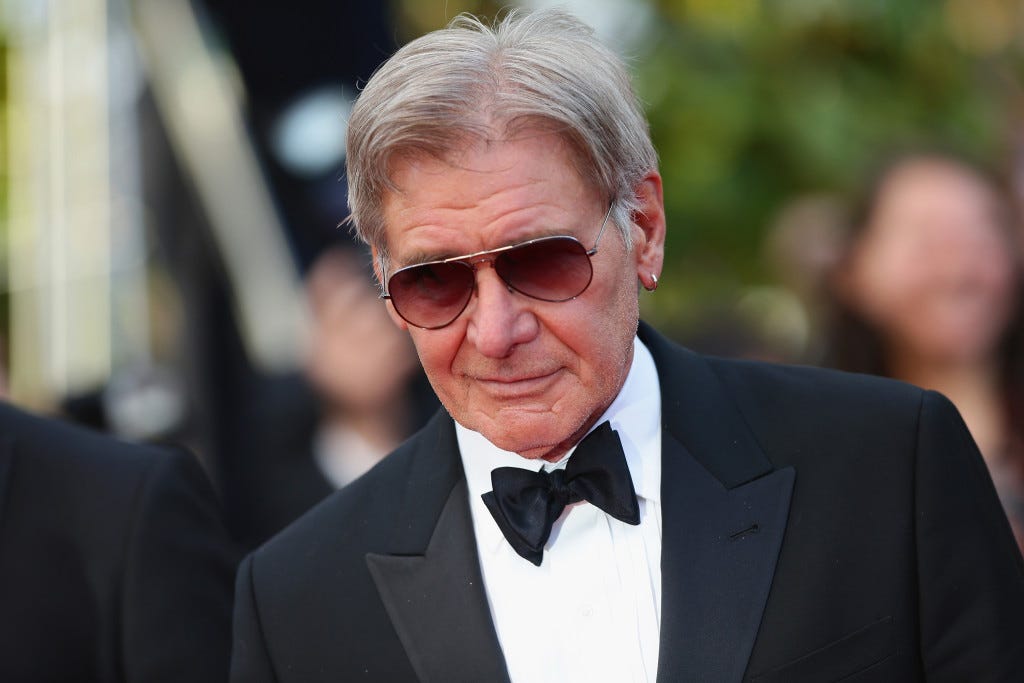 And a fire scarf like this shaves at least another year or two off the top. 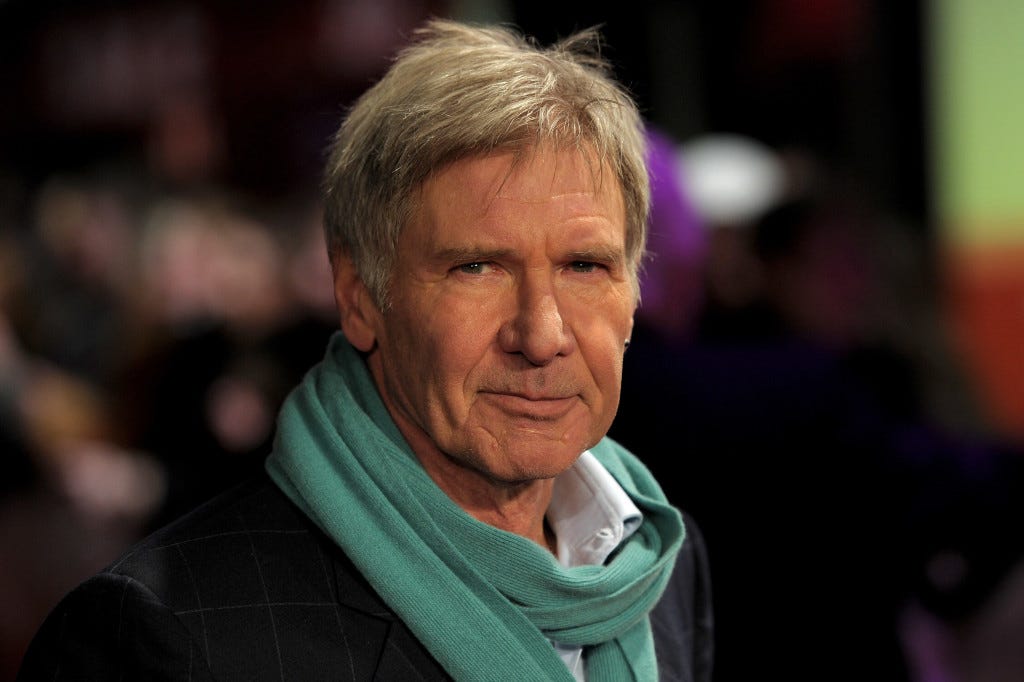 If Harrison goes with the Creed hair dye strategy, he’s damn near 40 again in my eyes.

But the truth is that you are what your record says you are and you are as old as your birth certificate says you are. If we continue to ignore Harrison Ford’s age, sooner or later we will have to mourn the death of another Star Wars legend far too soon. And I have buried too many of my heroes from a long time ago in a galaxy far far away over the last year. Ditch the pilot’s license Harrison and fly commercial like the rest of us (Just kidding, fly private and enjoy your riches for the rest of your days while Ally McBeal feeds you grapes).