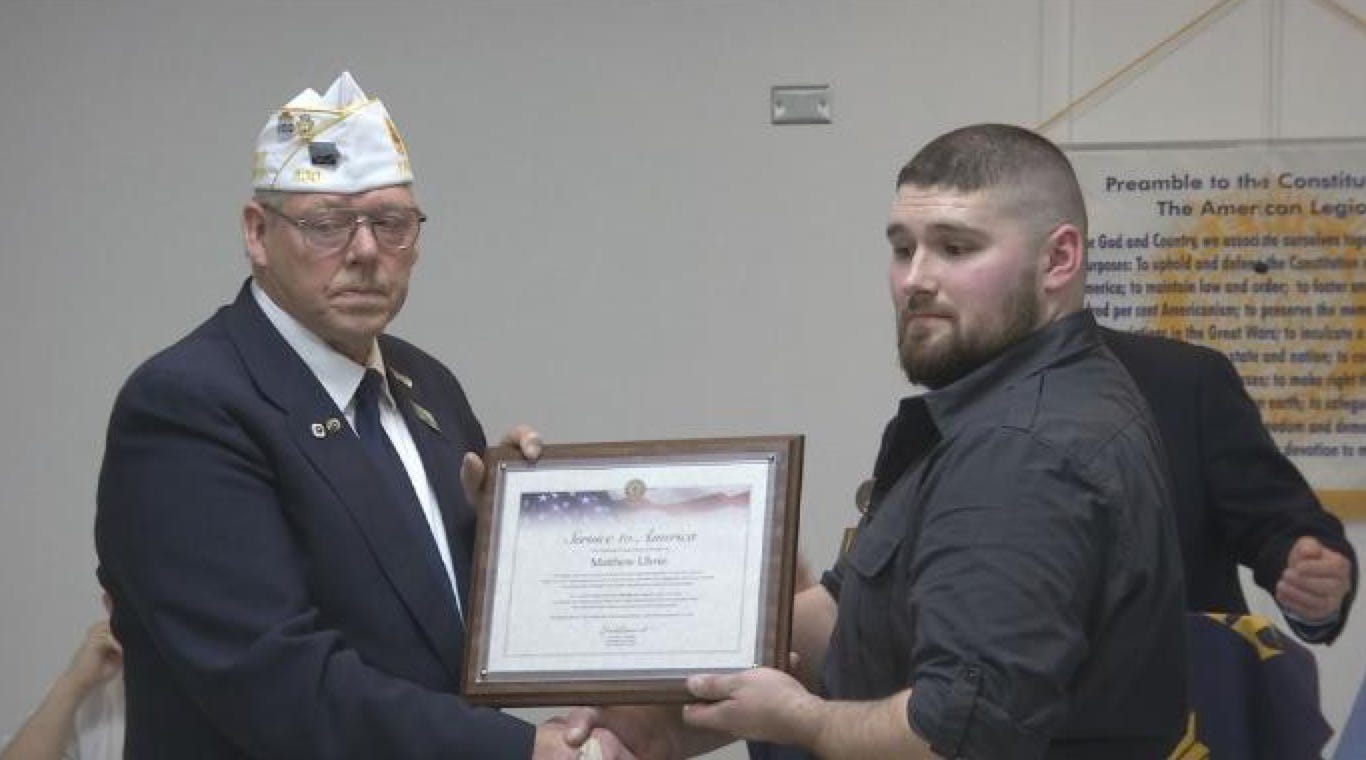 MARION, Iowa (KCRG-TV9) — A man who some simply know as the “FedEx Guy” received recognition tonight. He was in his work uniform when he stopped a flag-burning in Iowa City, which earned him the moniker. This happened last month in a protest against President Trump. The FedEx driver, Matt Uhrin, stepped in to extinguish the flames. Police arrested two of the protesters for open burning. Tonight, American Legion Post in Marion honored Uhrin for protecting the American flag. The group presented him with a certificate of appreciation. Uhrin spoke after the meeting about why he decided to jump into action when he saw protesters burning the flag. “I just couldn’t let it happen,” he said. “In my head my morals told me that I had to stand up for it and I did.”

FedEx Guy! Good for him man. Getting those accolades for dunking on a bunch of protesters a couple weeks ago and not allowing them to burn the flag. Sometimes I go back and watch that video just to see him spray those hippies in the face with a fire extinguisher. It’s awesome. Heroes come from the most unexpected places. I also wanna give an additional shoutout to Matt Uhrin for sticking by his promise to not get on Twitter or use his new found fame in any way at all. Most people would be licking their chops to start their own podcast or get their face on TV. Not our guy from Cedar Rapids, Iowa. Does something awesome and then keeps his head down. He told anyone who wants to buy him a beer to instead put that money towards charities for veterans. Those are my people and I love them. That’s really all I got on this blog. Keep on keeping on, Matt Uhrin.