NBC New York- It’s the rare poet who would call a New York subway platform romantic. But for Mohammad Choudry, the L train platform at Union Square was the perfect place to surprise his wife with Valentine’s Day dinner. Choudry said his wife of nine years loves the Union Square station, with its musicians and subway performers. So he figured it’d be a great location to have a quick meal to commemorate their love. It was noisy and crowded, and it was so windy the red tablecloth nearly flew away. But when Mohammad’s wife, Johnnybell Sanchez, walked in, none of it seemed to matter.

If you listen closely, you can hear Johnnybell (fire name btw) say to herself “Are you fucking SERIOUS?” 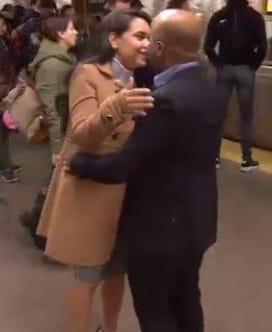 I’ve seen that look before:

I’m sure a lot of guys BONED their Valentine’s Day yesterday. Some forgot to buy a card, others cheaped out on the gift, while some people even just plain old forgot the day and spent the night in the doghouse. But nobody and I mean NOBODY did a worse job on Valentine’s Day than our boy Mohammad here. I don’t give a shit if his wife loves Union Square. She loves the part of Union Square that is above the ground and not the smelly, rat infested tube that lies below. I get sick watching people eating a snack on subway trains. But eating a full meal in the squalor that is a New York City subway platform is full-blown loony toons. I’ve blogged all the mental misfits that reside underground. And how crowded it is. And the likely MILLIONS of rats living in that hellhole. To willfully eat a meal down there is to borrow a phrase bananaland. People that are commuting don’t want to be on that platform. People that are forced to eat dinner down there should be outright offended. Those poor lobsters deserved better than being eaten in that filth.

And I don’t want to hear Johnnybell (again, what a NAME) talk about how it was a memorable Valentine’s Day. That’s girl code for “What the fuck were you thinking?”. You know what else is a memorable Valentine’s Day? If you go to a restaurant and your wife’s hair lights on fire or you got mugged on your way home. Those are memorable as hell yet still better than eating in the stinky sweat hole that is the Union Square subway platform. The cameras being around is probably the only thing that stopped Mohammad from getting divorced right there on the spot.

However despite all that being said there were some characters in that video.

First we had the band of weirdo dreamcatchers setting the mood. I can’t believe this band of hobo misfits was available on Valentine’s Day. Mohammad must have booked them months ago. Just kidding, they were probably working the day shift begging for money and stuck around once the realized TV cameras were there. 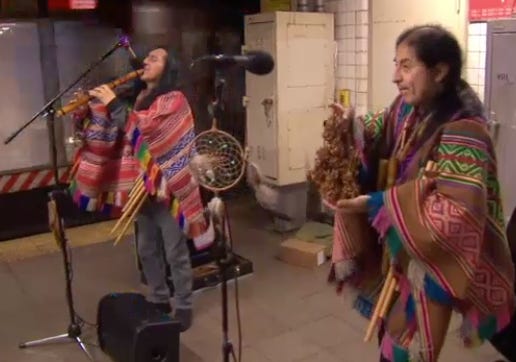 “If my husband ever pulled a stunt like this on me, I would slit his throat and watch the rats eat his dead body” – What this woman wanted to say 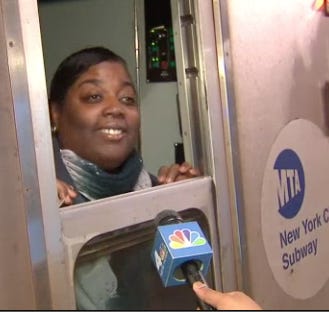 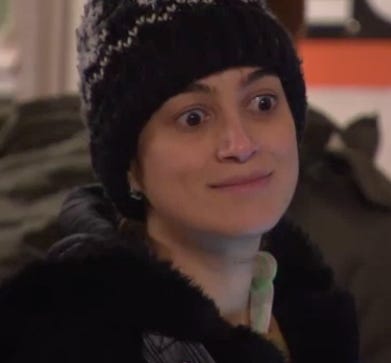