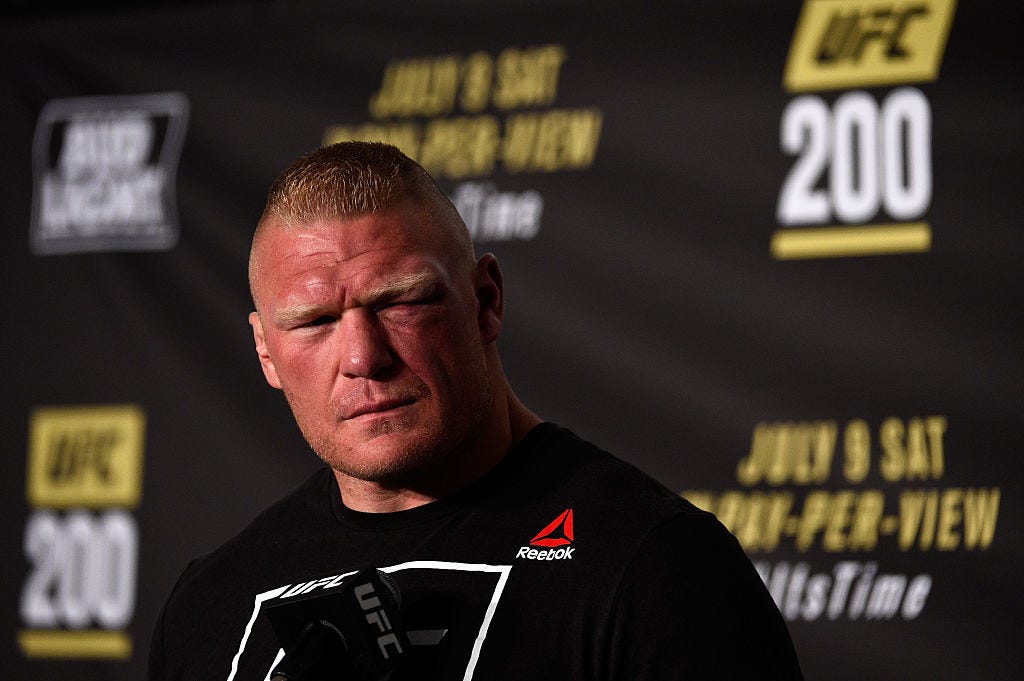 Welp. There goes the pain.

After (obviously) failing his USADA drug test after defeating Mark Hunt at UFC 200, Brock Lesnar decided to just say fuck it and retire (for the second time). Gotta respect the move. If Brock Lesnar can’t be juiced to the gills in the octagon, he’ll stick to fake fighting. UFC 200 seemed like a cash grab for him anyway, even though he claimed he had intentions of continuing both his UFC and WWE careers simultaneously.

This SUCKS for the UFC though. Brock’s suspension was going to be up on July 15th, 2017, and they had plans to bring him back immediately afterwards (there’s a little Rob scoop for ya). Rousey’s dead, McGregor’s off boxing, and Dana White is shitting his pants over projected Q1 and Q2 numbers. There’s very few options for a massive fight for International Fight Week, and at this point I’d say it’s gotta be the return of Georges St Pierre. Give him whatever he wants, because he’ll be the only huge draw till Conor’s back.

As for Brock, enjoy his highlights from his illustrious UFC career and leave the memories alone…

(Until he inevitably returns at UFC 300)