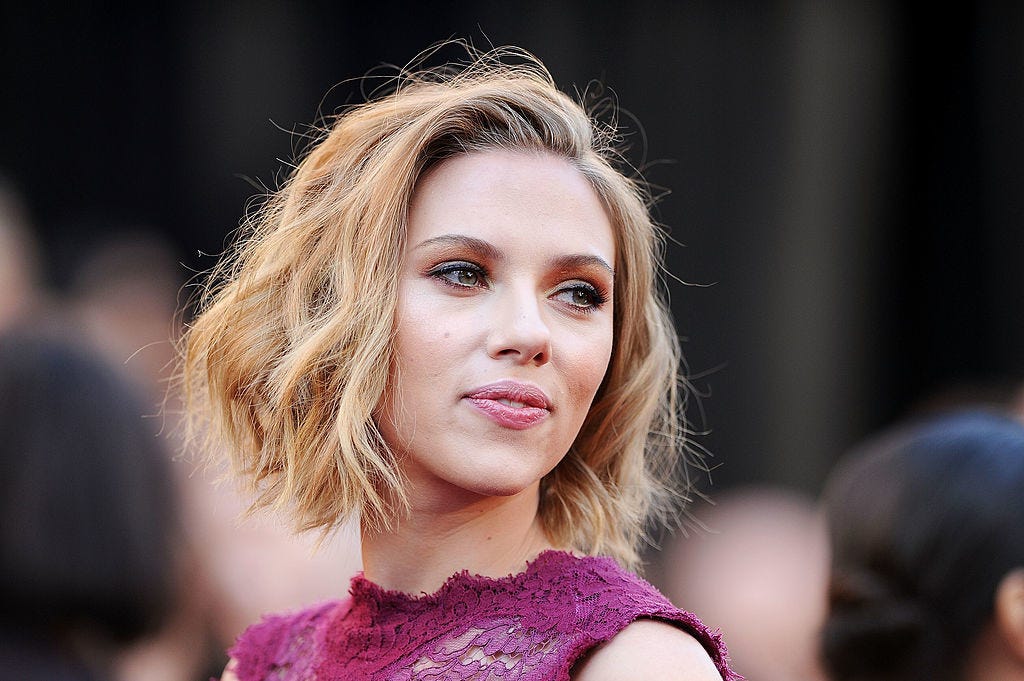 DailyMail – The Ghost in the Shell star, 32, shared her thoughts on marriage amid reports she has split from her second husband Romain Dauriac, with whom she has a two-year-old daughter Rose.

She told the new issue of Playboy: ‘I think the idea of marriage is very romantic; it’s a beautiful idea, and the practice of it can be a very beautiful thing. I don’t think it’s natural to be a monogamous person.

‘I might be skewered for that, but I think it’s work. It’s a lot of work. And the fact that it is such work for so many people—for everyone—the fact of that proves that it is not a natural thing.

‘It’s something I have a lot of respect for and have participated in, but I think it definitely goes against some instinct to look beyond.’

Shouts to Playboy clawing back to relevancy after bringing titties back and having Scarlett Johansson admit that her zest for dick is what’s keeping her from being able to hold down a marriage, hell of a way to get back on the map. And what Scarlett Johansson is saying here is obviously something a lot of people have said for centuries but has gained extra relevance with anti-monogamy movements popping up in recent years.

But there’s something kind of jarring about a chick like Scarlett Johansson saying monogamy is unnatural that could maybe give it a little more legs? I mean she’s as mainstream of a star as it gets, has pulled guys whom women exalt as the hottest dudes around like Ryan Reynolds, she could choose between any A-list star or super rich handsome behind the scenes guy and they’d kill to have her…and even she’s like “Yeah you know what? Kinda not worth it.” She’s about as chick enlightened as it can get in terms of life experience and also seems about as smart as a star actress can be and she’s shitting right in the face of years and years of women being raised and told marriage is pretty cool and the sign of a life well lived. If she’s out on marriage and has the knowledge from living the best life that women would kill for, what does that say about how women have been on it?

Then again with her getting divorced twice and having some serious finances to throw around and maybe lose in a breakup, there’s a decent chance Scarlett is more classic frustrated divorced guy than woman at this point. For all we know, her buddies probably call her Club Scarlett and make fun of her for being washed up and pulling some sexy 22-year-olds at Lavo. Gotta throw that caveat in there when discussing her marital world views, Scarlett is cut from a different lady cloth.