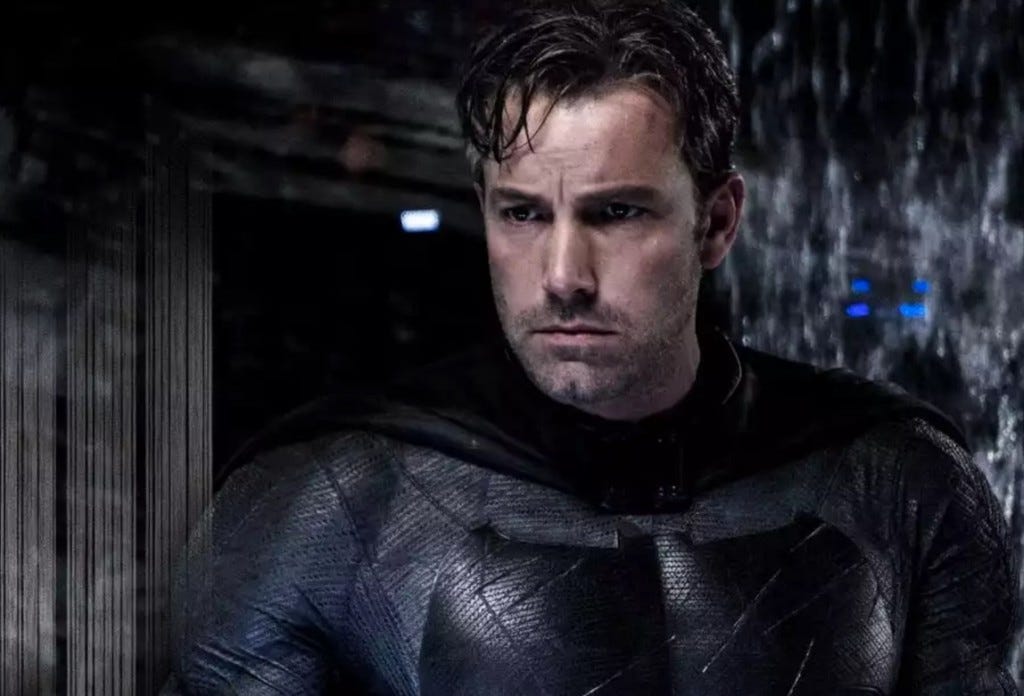 AV Club – For decades, people have dreamed of being Batman. But Ben Affleck has been there, done that, and apparently wants no more of it. After taking the public on an emotional roller coaster, Affleck dropped out of directing the movie that will focus on his version of the Caped Crusader. Now, according to John Campea of Collider Movie Talk, he would like to be rid of the cowl entirely.

Campea explained that multiple sources “in one way or another connected some way to what’s going on over at Warner Bros.” relayed the information that “Ben Affleck, make no mistake, he does want out. He doesn’t want to be Batman anymore.” He added: “I have been told that Affleck is talking with Warner Bros. in an attempt to get out of being Batman, and if they do not let him out of being Batman that the standalone Batman film that ultimately happens will be the last time we see Affleck as Batman.”

There’s been a lot of news over the last few months about how Ben Affleck’s solo Batman movie The Batman has had issues with directors, rewrites, and just about all of the important things you’ve got to do before a movie comes out. But for Ben Affleck to be wanting to get the fuck away from the movie this bad…this cannot be a good time to be a Batman fan. A lot of people thought Batman vs Superman sucked and yes, at times, it seemed like Ben Affleck may have agreed:

But this is Batman, a dream role for any kid who grew up even a little aware of what he meant as a character. To me it’s the same thing as when Daniel Craig said he’d rather “kill himself” than play Bond again…it’s almost a slap in the face to every single fan out there who’s enjoyed or even lived vicariously through these characters for decades and decades. Every man should want to be Batman/Bruce Wayne, every man should want to be James Bond, and if you as a movie producer or studio are in charge of one of those franchise and people are running away from it, that means you fucked up REAL BAD.

Especially since Ben Affleck was the best possible choice for a post-Christian Bale Batman. You saw flashes of it in Batman V Superman but him playing the grizzled, end of the line Batman who gives zero fucks and just cares about results was a beautiful angle to differentiate itself from the Christopher Nolan movies while also appealing to the comic book diehards who’ve been dying for a Batman like the one in the famous The Dark Knight Returns graphic novel. The fact that Warner Bros and DC blew this so bad and drove Affleck away even with it being their best chance at finally getting a piece of Marvel’s action blows my mind but not really. Infuriating amounts of incompetence in Hollywood, a tale as old as time.