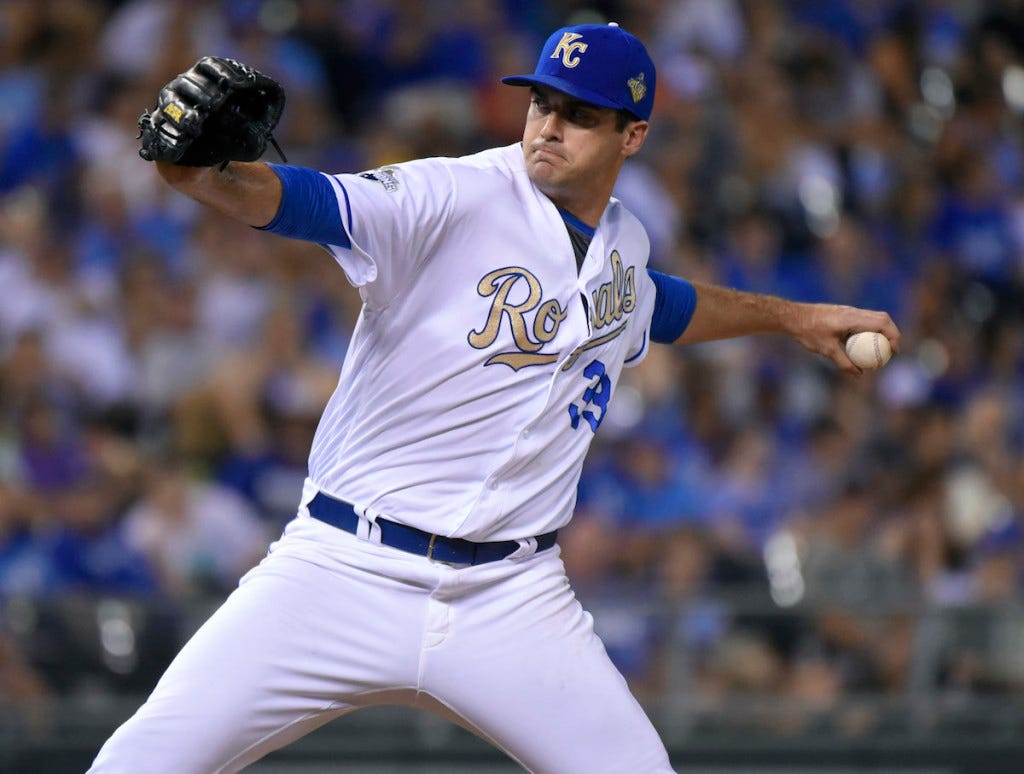 That’s obviously not Brian Flynn, or a barn. It’s a McDonald’s. But this story made me think of that video, so just go with it. We’ve seen some pretty bizarre injuries over the years in the game of baseball, timeless classics like Randy Johnson dislocating his thumb trying to put his socks on, Tom Glavine breaking a rib while puking, and Sammy Sosa missing a month after sneezing and getting back spasms, but this one belongs right atop the list.

I’m not a big barn guy, but I can’t think of any justifiable reason as to why Flynn should’ve been on the roof of his barn in the first place. Whatever he was doing, he probably could’ve paid somebody else to do it so that, you know, he didn’t fall through the roof or something incredibly dangerous like that. By the way, I’m pretty sure that the last time an MLB player suffered a barn-related injury, the Cubs were also defending World Series champions in that year, too.