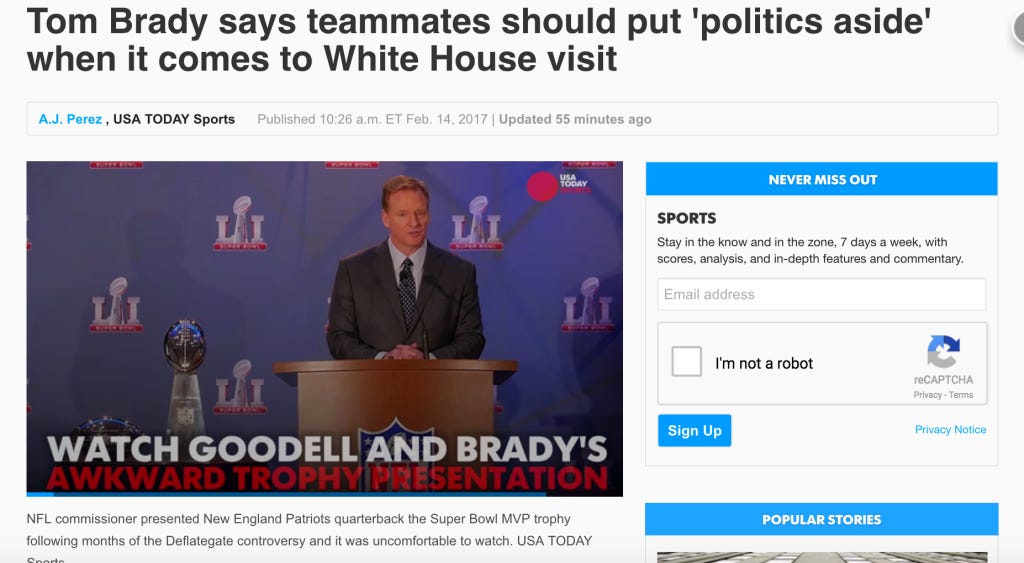 That doesn’t sound like something he’d say, does it? Really, really out of character for Tom Brady to go out there making brash political statements and being demanding of his teammates anywhere but the football field. Yes, he did have a Trump hat in his locker two years ago but I think everyone looks past the fact that happened when EVERYONE thought Trump running was a cute little joke. Brady is a Trump guy, no doubt, but ever since it became a real campaign he’s backed off it all.

But that’s really here nor there. The point of this is that this headline is GARBAGE. The most garbage I’ve seen in recent memory. Would you like to see what Tom Brady actually said?

Ummmm that’s not quite “my teammates put their politics aside.” “Putting politics aside…” is absolutely not “they should put politics aside.” If you wanted to make an accurate headline it would be something like “Tom Brady says teammates make ‘their own choice’ when it comes to White House visit.” But, you know, that doesn’t get the internet in a tizzy and get clicks going. Much better to blatantly lie to everyone and get those time on page stats up.

PS – Love how the author went from being all cocky and spitting at readers to “Ok yeah, you got me,” so quickly.

Update: They updated it annnnnnnd yeah, still not even close. 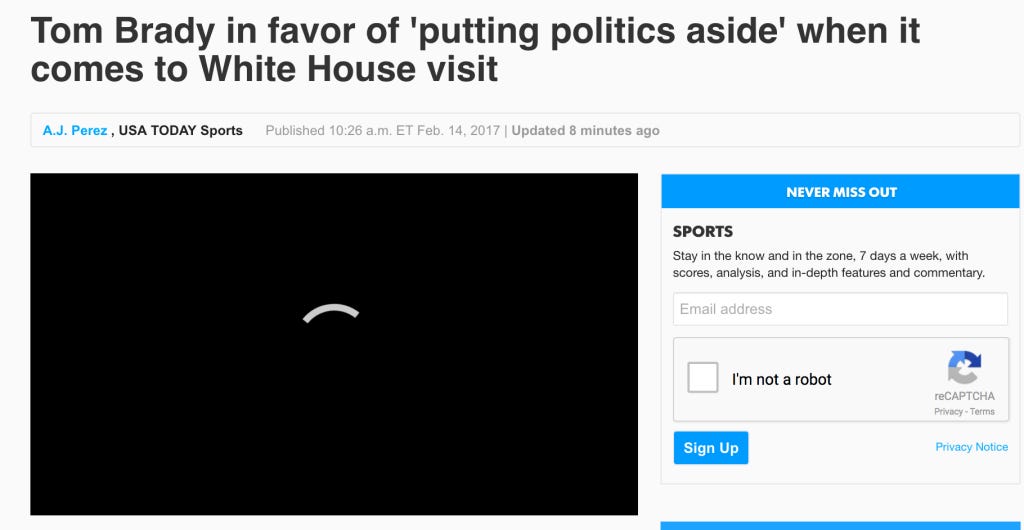 Update: Now Business Insider has picked up on the not close to true quote. 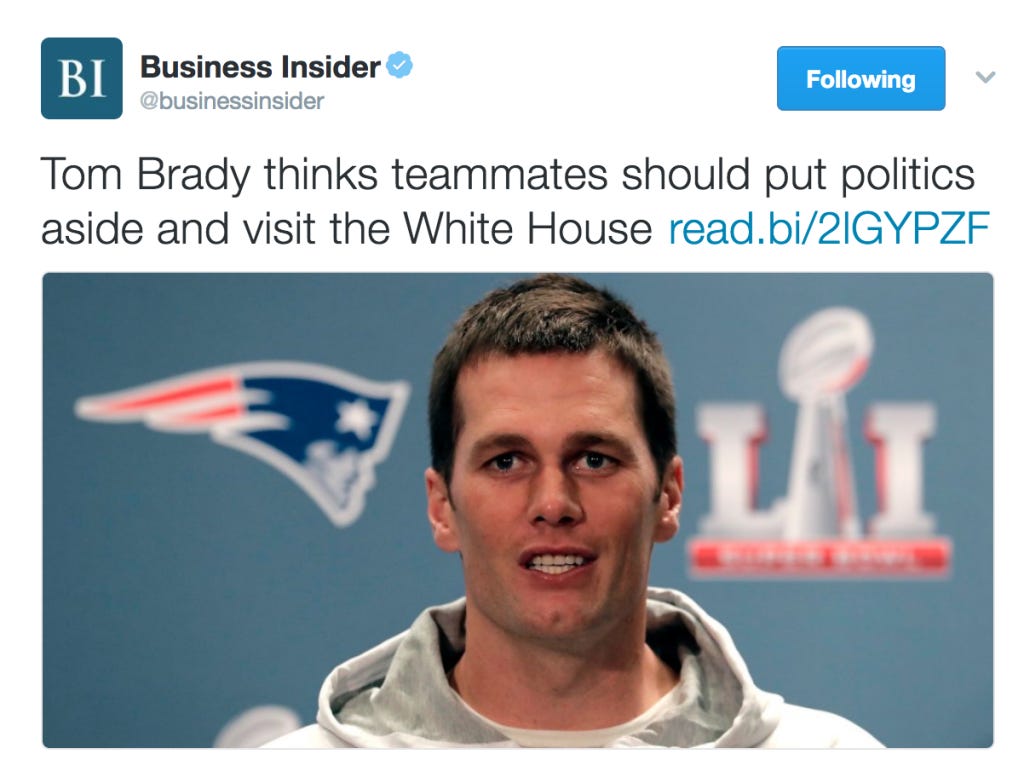