Been seeing a lot of chirping lately, lot of people complaining about Derrick Jones being in the dunk contest despite not actually being on an NBA roster. As if the entire integrity of the NBA All Star weekend is at stake because a D League player is being allowed to dunk in the main event. As if it’s a bad thing that the #1 entertainment showcase of the weekend is featuring the most entertaining dunker to come through hoops in the past few years.

Seriously anybody who has been following Barstool for the past few years knows how idiotic this whole thing is, but just a refresher – 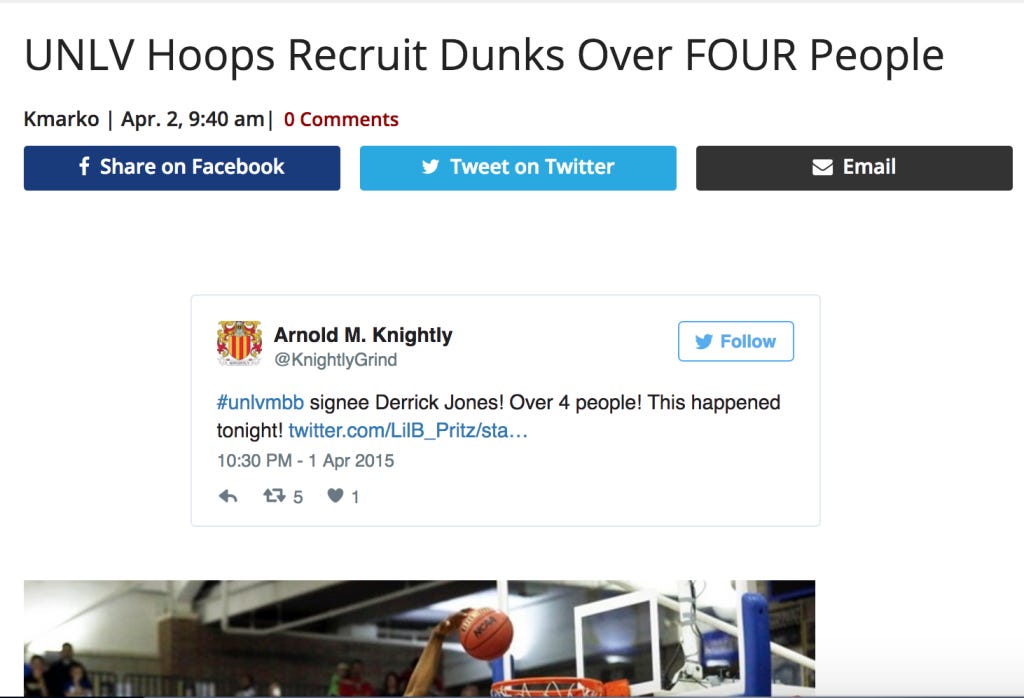 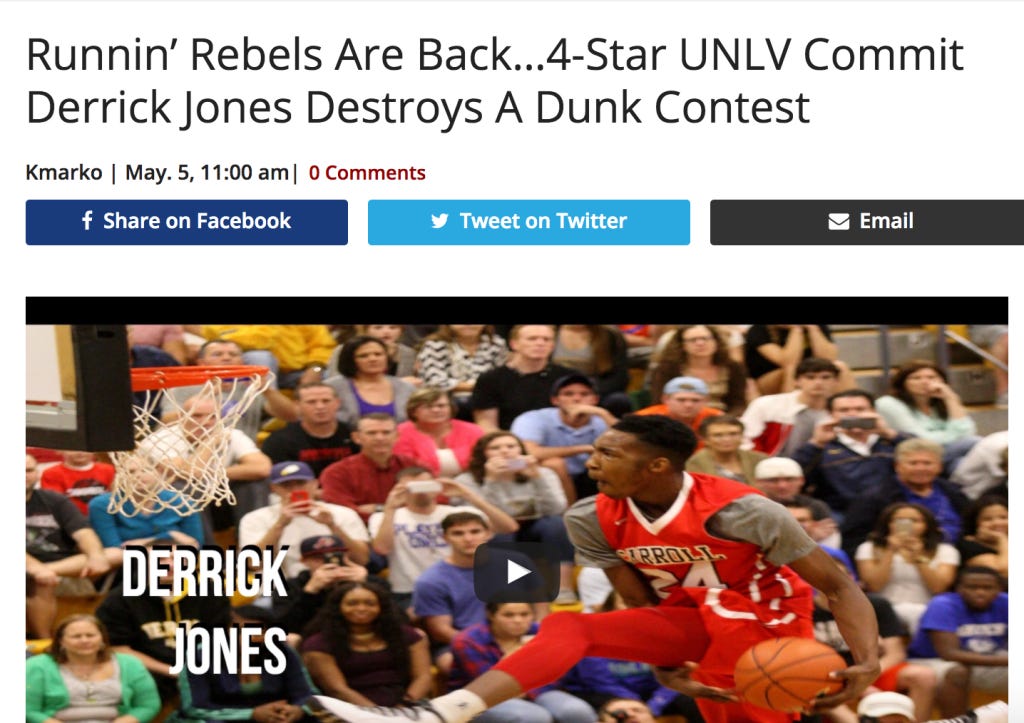 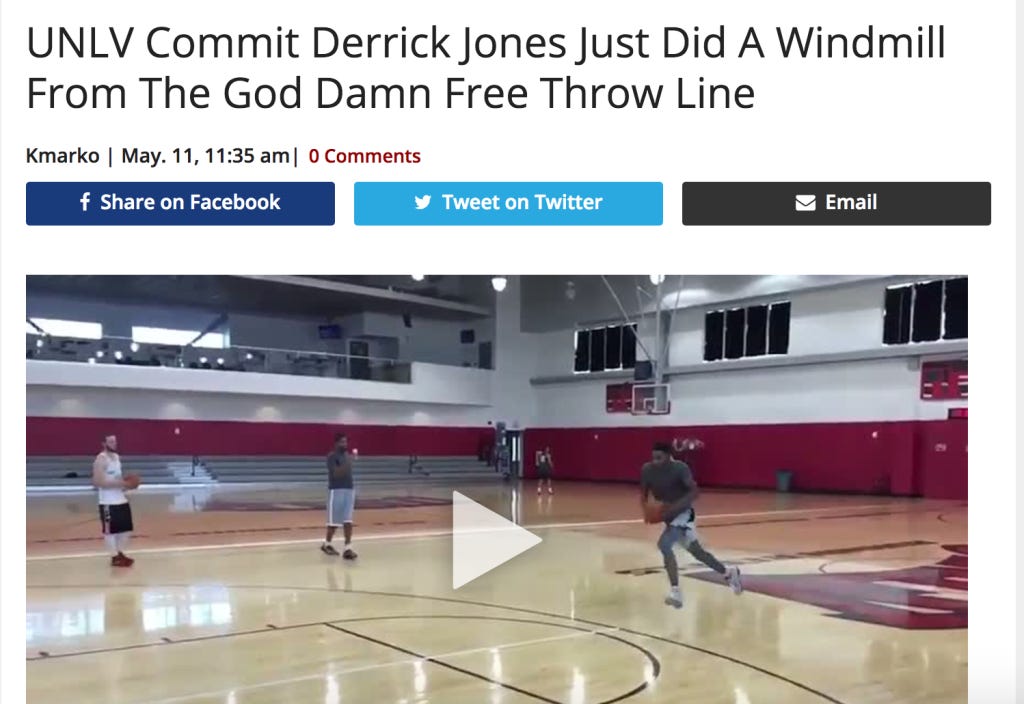 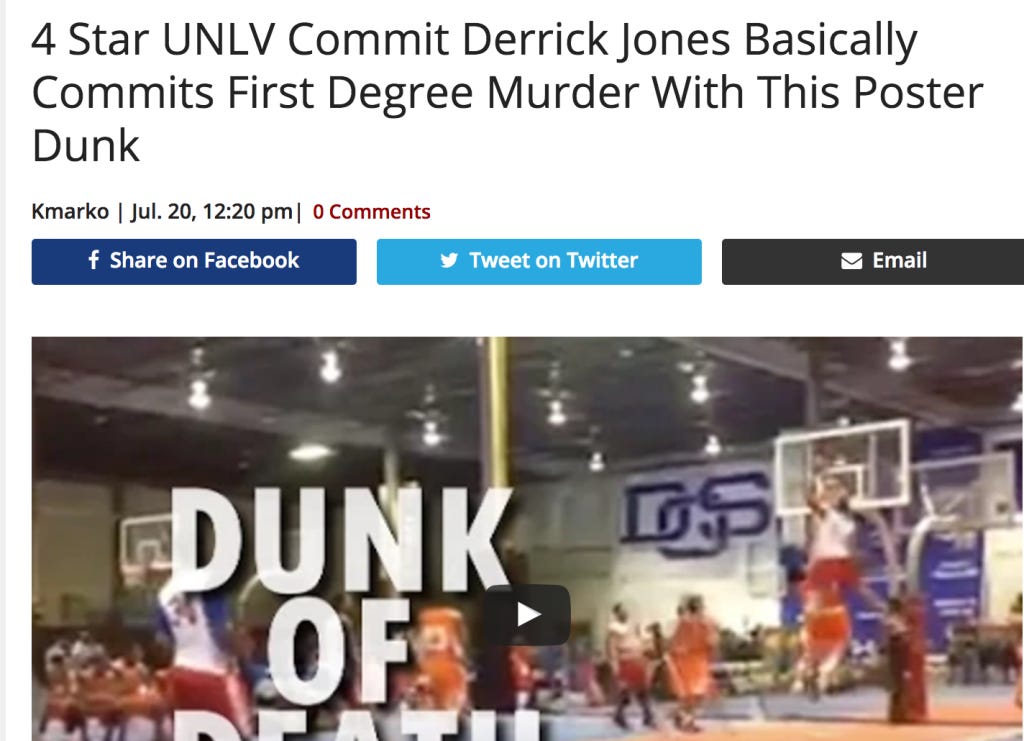 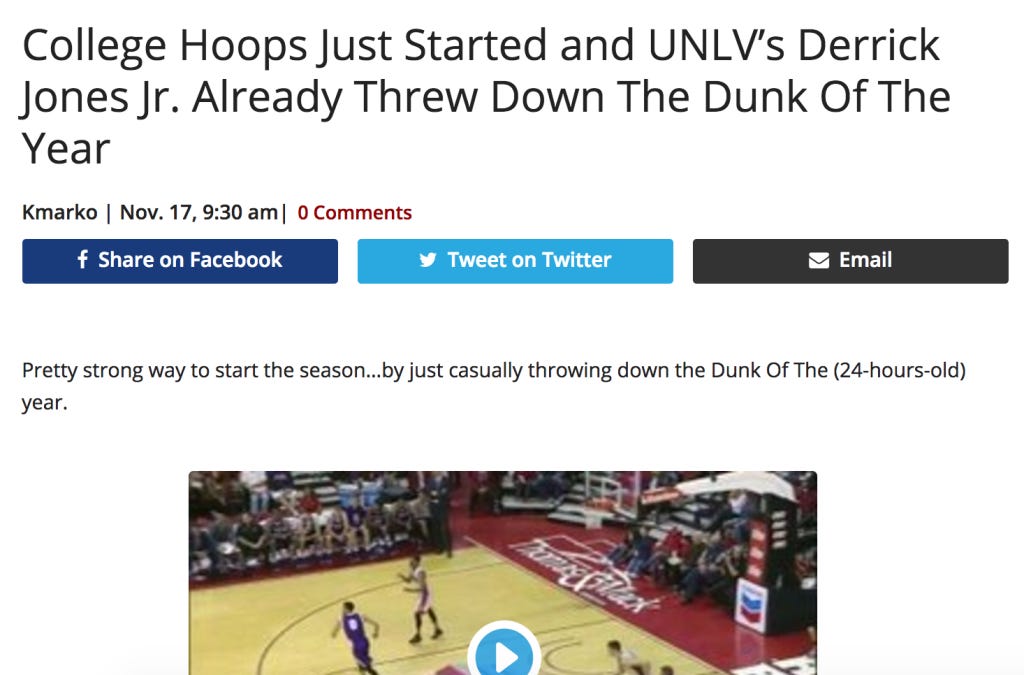 You think he might be a good feature of a dunk contest?