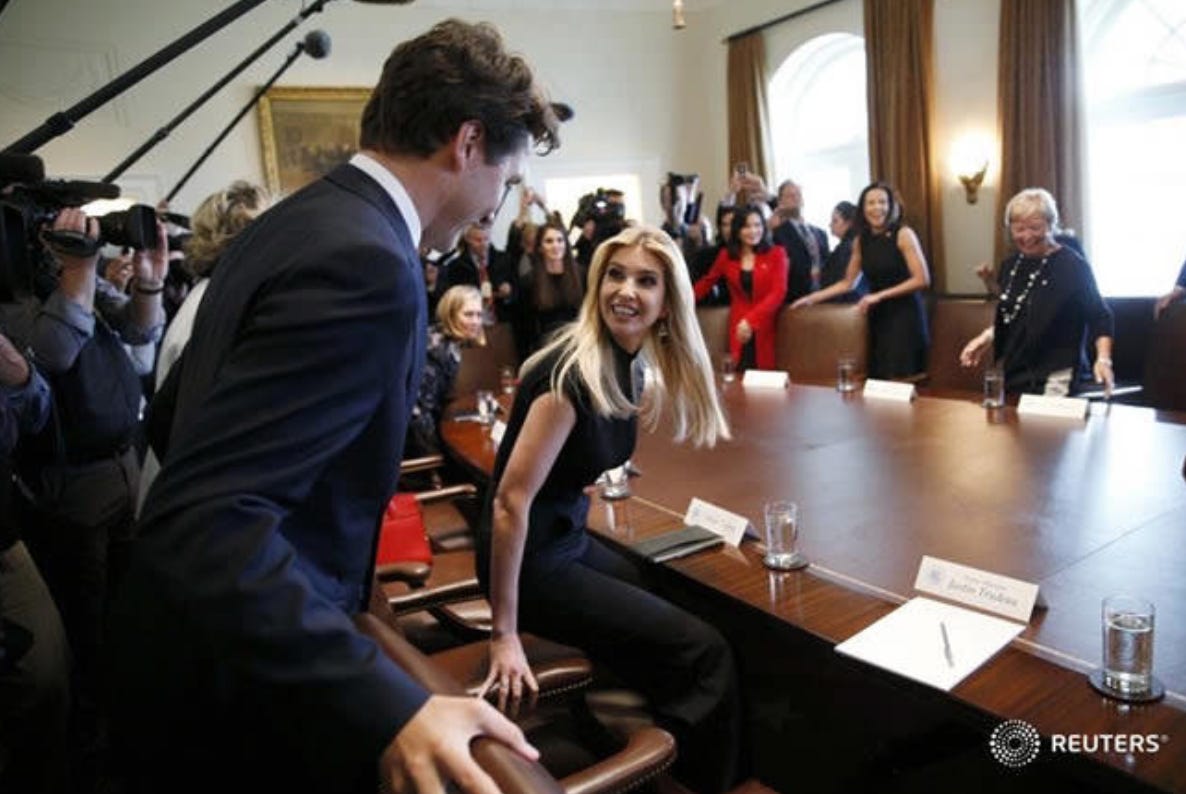 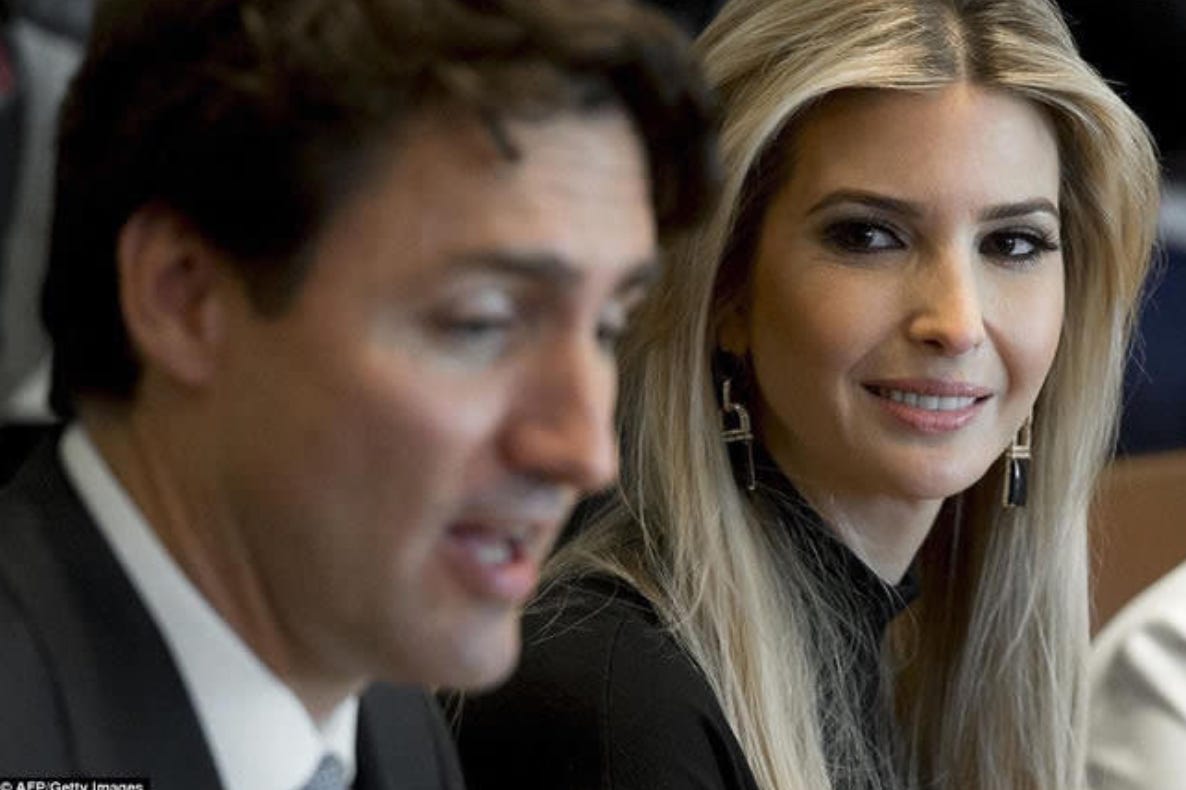 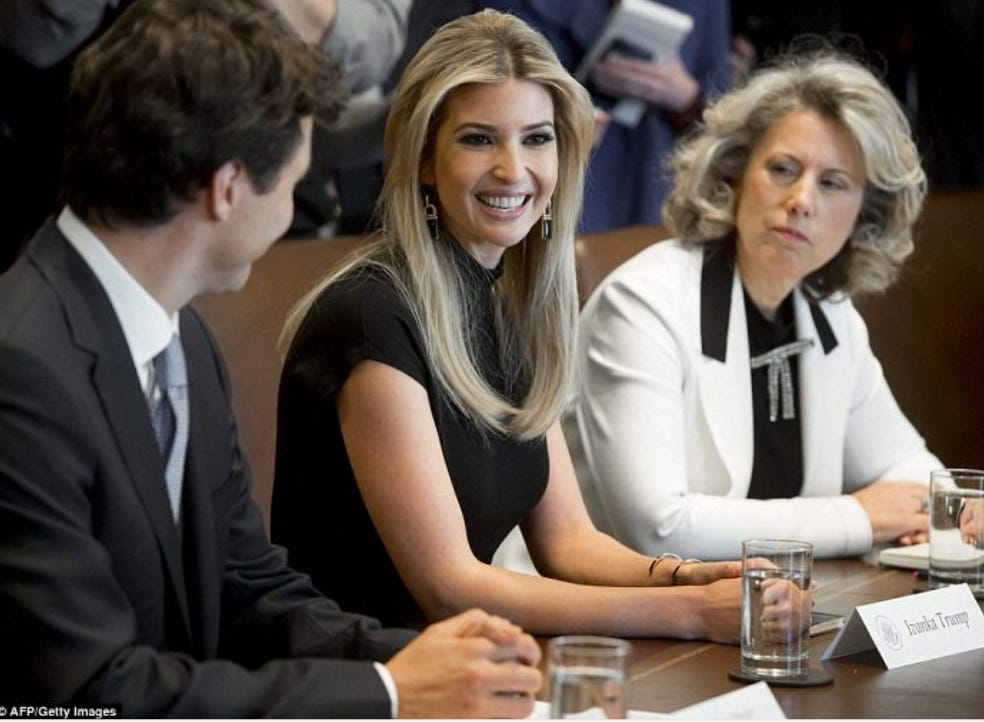 So this happened yesterday. Ivanka Trump straight dripppppppppping at the sight of Canadian prime minster Justin Trudeau. They had to use a towel to wipe up her chair after that meeting was over. Fuck-me eyes like you wouldn’t believe from Ivanka. After looking at those pictures I’m shocked there isn’t one more of her mounting him on that giant table and fucking him right then and there in front of everybody. And you know what? I don’t blame her. I don’t blame her one bit. Justin Trudeau is a super good looking dude. No doubt about it. If you’re gonna tell me you wouldn’t at least experiment with Trudeau in the bedroom then you’re a damn liar. That’s a beautiful, powerful human being. I’m mostly jealous that Canada has a cooler head politician than us. Trudeau is hot and smart and Trump is neither of those things. Trump’s hair is weird and his skin is blotchy. It’s fucking bullshit. We’re supposed to be the cool country and instead Canada’s main guy is strutting around about to fuck the First Lady (she’s the First Lady. She is and you know it). Trump better watch out or his main bitch is gonna get scooped by a syrup-smelling cocksman.