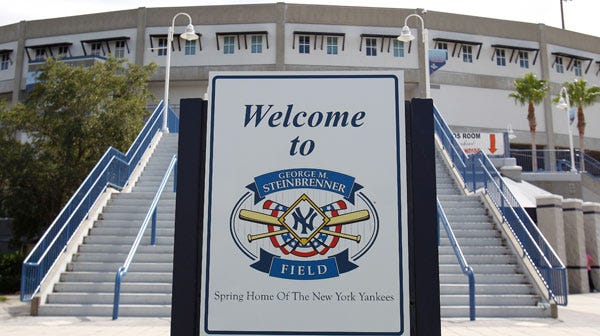 Our long wait is over and baseball is back in our lives, with pitchers and catchers reporting today for the Yankees. After a disappointing season in 2016, the Yankees are looking to keep some of the momentum they built at the end of last year going as things kick off in Tampa. With 2016 being almost 2 different seasons (before and after mid-August) there are a ton of questions about this team but it all mostly boils down to “can (insert player over 30) rebound?” and “can (insert player under 30) take the next step?”. All those questions we can cover as it gets closer to the season, but for now let’s just look at the key things to watch in Spring Training.

As we get closer to the season we can look at lager 2017 storylines but first we need to just figure out who is going to be on this team.

PS: How great is it that David Ortiz is retired?