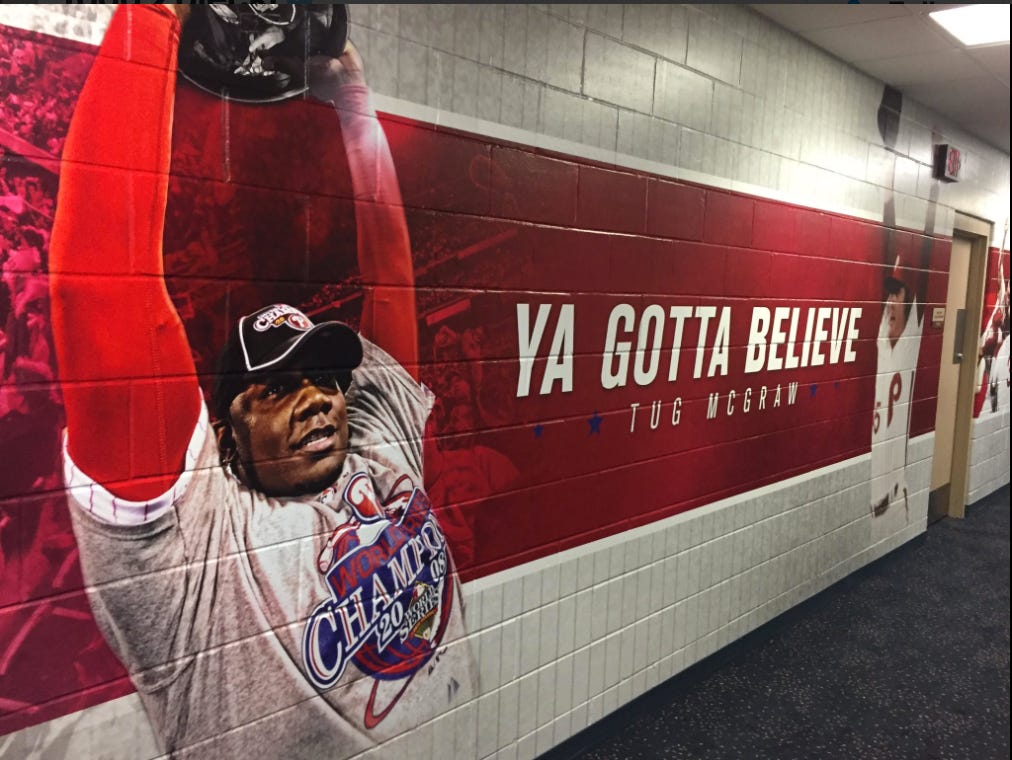 Uhhhhhh, what the fuck do the Phillies think they’re doing???

Its that some sort of joke? A divisional rival taking your team’s slogan? I dont care that Tug McGraw played for the Phillies too. He coined Ya Gotta Believe in the summer of ’73 and that is a Mets mantra through and through.

Which is really why its pathetic for the Phillies to even want a Mets phrase. The slogan is almost a joke at this point since we always believe and then get decimated. As a matter of fact, Mets slogans are almost always a joke. The Time Is Now. The Team The Time The Mets. Next Year Is Now. They all inevitably blow up in our faces. Ya Gotta Believe has been the longest running motto that never fucking pans out. Not only are the Phillies unoriginal, they’re idiots too.