So I’ll be honest: This one got a little sad at the end. But wow what real life drama. And also I feel like this had to be a moment where this kid is at a fork in the road and he’s going to get his life on track and go so far beyond anything his dad has achieved. His dad is a trainwreck, an absolute debacle there let alone to be so embarrassingly shitfaced in front of your kid but also challenging him to a fist fight. This isn’t some Festivus-style test of manliness, this is a dad with no grip on reality challenging his kid out of his own insecurities and fear of what his life has become. And if getting dropped by your son and inadvertently curb stomping yourself in the process doesn’t turn it around, nothing will.

Either way, I have hopes for the kid if nothing else. Picking up your dad after KOing him might be the kind of “I can’t be like this” move that he needed. And, if nothing else, now that he’s beaten Glass Joe in record time, it should be a breeze taking on Von Kaiser in the next fight.

Also I for one am shocked that the mother figure in a family like this would be unwittingly celebrating Jumpsuit January well into February: 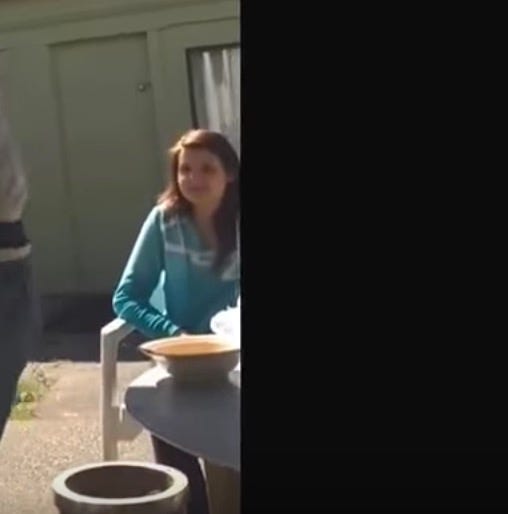