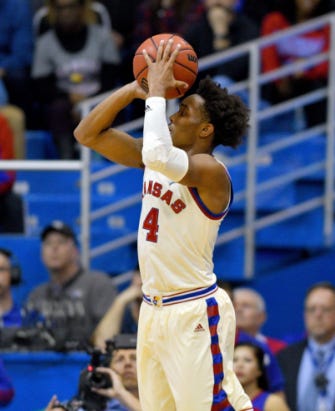 That was an absolutely absurd comeback that was all started by the Kansas defense, something that has been viewed as a weakness this year. The Jayhawks began running their press with a trap and West Virginia absolutely pissed down its leg. West Virginia struggled inbounding the ball and when they did they put themselves in trapping positions. It was an utter joke and something that Big Cat likes to tweet out every March. ‘College kids forgetting how to break a press, a tradition unlike any other.’

On top of that, Kansas never pushed on the offensive side of the ball. They continued to attack the basket and not settle for contested threes. Sure, there was a little luck, like West Virginia settling for the worst last possession we’ve seen in a long time, when with 10+ seconds to go, they settled for a one-pass, jab step 30-footer. But, Kansas didn’t fall into the trap a lot of teams do when they are down. They got to the free throw line. They took the easy layup and set up the defense.

If you’re a Kansas fan, a shitty NBA team fan or just a casual basketball fan, Josh Jackson put on another show despite not shooting well from the field. He had 14 points and 11 rebounds, but also had 5 steals, including a massive on early in overtime. He’s become the best player on Kansas despite Frank Mason being one of the two favorites for National Player of the Year. He’s the reason why this team is a national title favorite, despite not having a ton of depth, especially in the frontcourt. Along with Jackson, Mason and Graham showed their value late in the game, as Graham hit that huge 3 while Mason hit a couple free throws to tie and seal the game.

Sucks that Huggins lost a 25k bonus for this disaster though.