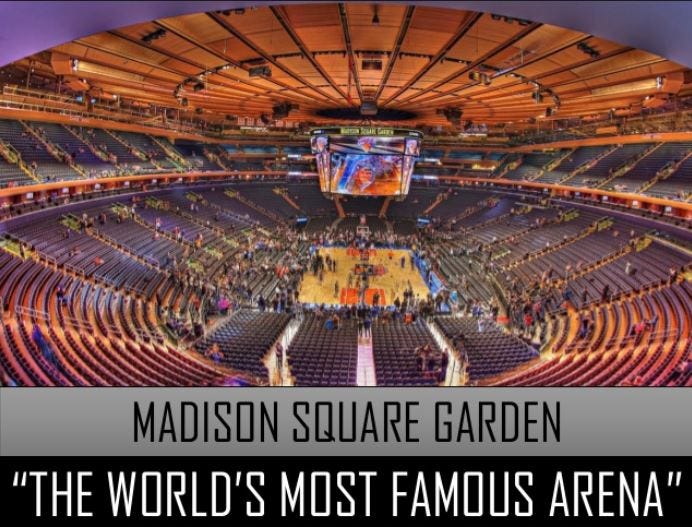 Of all the overrated things in this universe I think I’ve decided that Madison Square Garden is probably the most overrated of the overrated. I came to this conclusion yesterday after watching Michael Rapaport do a segment on ESPN about how the greatest building in the world was now dead because of James Dolan. It was an insane tribute to MSG. Rapaport when through Knicks history and tried to chronicle all the great moments in the Garden history. The list was laugh out loud pathetic, but Rapaport was acting like it was sublime. Honestly the only moments he had were Willis Reed, Bernard King hitting a jumper, John Starks and Linsanity. Seriously Linsanity made the list. Like that’s the Knicks history in a nutshell. And it’s not like the Rangers are much better either. They got Messier and that’s it. By comparison the old Garden had seen infinity more historic and iconic moments than MSG. The old Garden BLEW MSG out of the water in every way possible, but people acted like MSG was the Mecca. The only thing MSG had was the Big East tournament and Billy Joel concerts. That’s it. Other than that MSG’s claim to fame is that other team’s superstars come in and kick their ass. How that makes them any different than the Milwaukie Bucks I don’t know. But don’t tell that to New Yorkers. They continue to make MSG seem like it’s the mecca for basketball. It’s bananland. Just like everything else in NY, the only people who give a shit are NY people.