Jerry Reese you beautiful bald son of a bitch! I’m so happy I could kiss you on the mouth right now. I know bad things like deaths usually happen in threes, but I didn’t know GOOD things happen in threes. If getting rid of two 30-something year old players wasn’t enough, now the somersaulting fumble machine known as Larry Donnell is finally out of my life. Any sadness I was feeling about Victor Cruz no longer being a Giant has been numbed by this news like novocaine. It had gotten so bad that just seeing Donnell on the field had Giants fans feeling like something bad was about to happen. When Joe Buck said Donnell’s name during this year’s Steelers game, roughly 100 Giants fans tweeted at me that they yelled “OH SHIT”. We didn’t know if it would be a big drop, a costly fumble, a stupid front flip, or something none of us could possibly dream of (in the case of the Steelers game, it was a pick in the red zone). So yeah, things were probably broken beyond repair.

And I know what you guys are thinking. Without Dumb Larry and Andre Williams in blue, who are we going to direct our hate toward? Well Ereck Flowers is still on the roster and I think his broad shoulders (and lack of ability to stop an opponent without holding him) are more than strong enough to be the scapegoat we deserve. Best of luck wherever you go, Larry. May it be to another NFC East team.

Full disclaimer: When Larry Donnell had his coming out party against the Redskins in 2014, I took Martellus Bennett’s Black Unicorn nickname and tweaked it to Black Voltron for Donnell since I thought he would be a machine that could do it all. Turns out I just wasted a pretty awesome goddamn nickname and Photoshop on a lemon of a player and it still haunts me to this day. 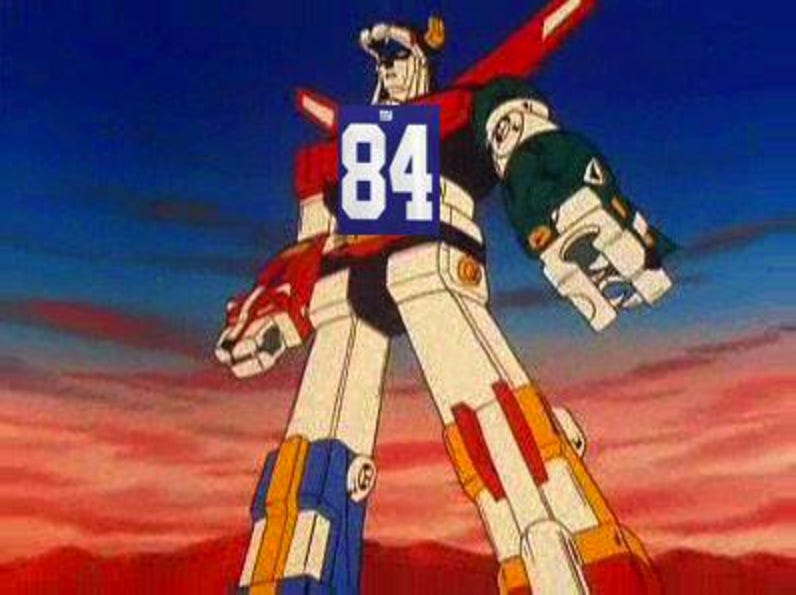 P.S. I did NOT see me writing four blogs about the New York Football Giants today. I guess you never know when Jerry Reese will go full blown Michael Corleone on his roster. Now we just need Jerry to figure out a way to get Eli a starting tight end that can block, catch a pass, and run forward with the ball (the last part disqualifies Will Tye from possible suspects)

P.P.S. I also didn’t re-sign Larry Donnell in Year 2 of my Madden franchise and I won the Super Bowl. Looks like I created the blueprint for a title and Jerry Reese is following it step by step.