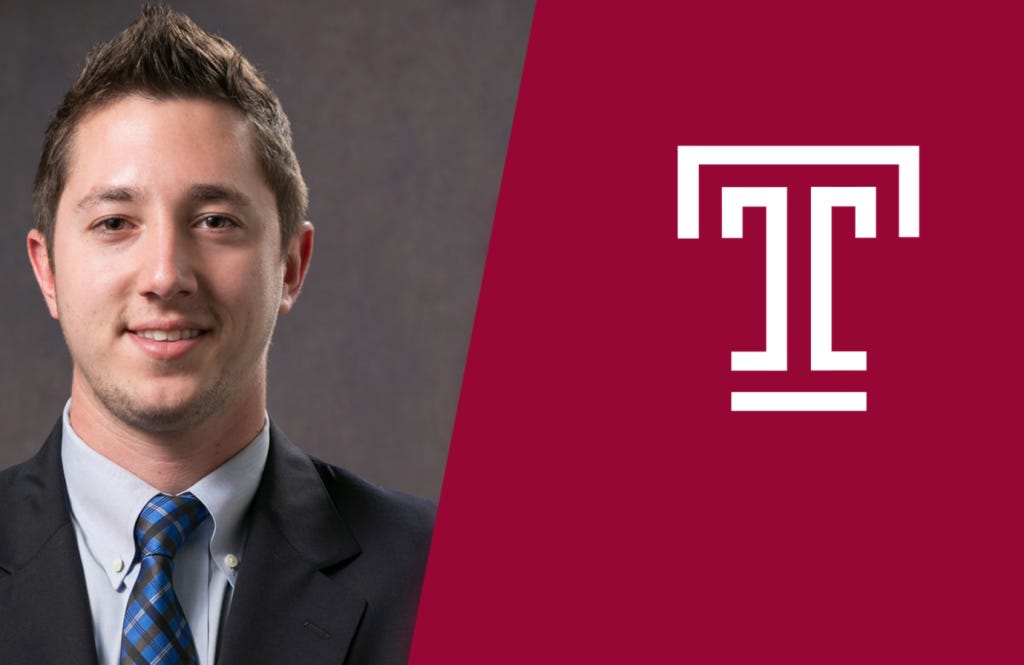 Dave Gerson’s official title with the Owls will be multimedia coordinator: specialist with advanced graphics (SWAG). He will “develop and showcase an array of graphic designs for social media usage,” according to a news release, and help new Temple coach Geoff Collins promote the program to recruits and fans.

Gerson has spent the past six seasons with the Temple program, most recently as a graduate assistant in football operations. He has worked in the recruiting department before.

Positions like Gerson’s have become more popular around college football as teams are using social media to creatively connect with recruits. Clemson and Ohio State are among the programs recognized nationally for videos, graphics and other unique content shared through social media channels.

Gerson, a 2015 Temple graduate, is pursuing his master’s degree at the school in sports business.

If there was one coach on the planet who was going to be the first to hire an official “SWAG coordinator” – it would be Geoff Collins, who, as Mississippi State’s D-Coordinator, was most well known for his ballin’ ass recruiting tactics.

You’re a Baller and Can of Swag. Iconic. 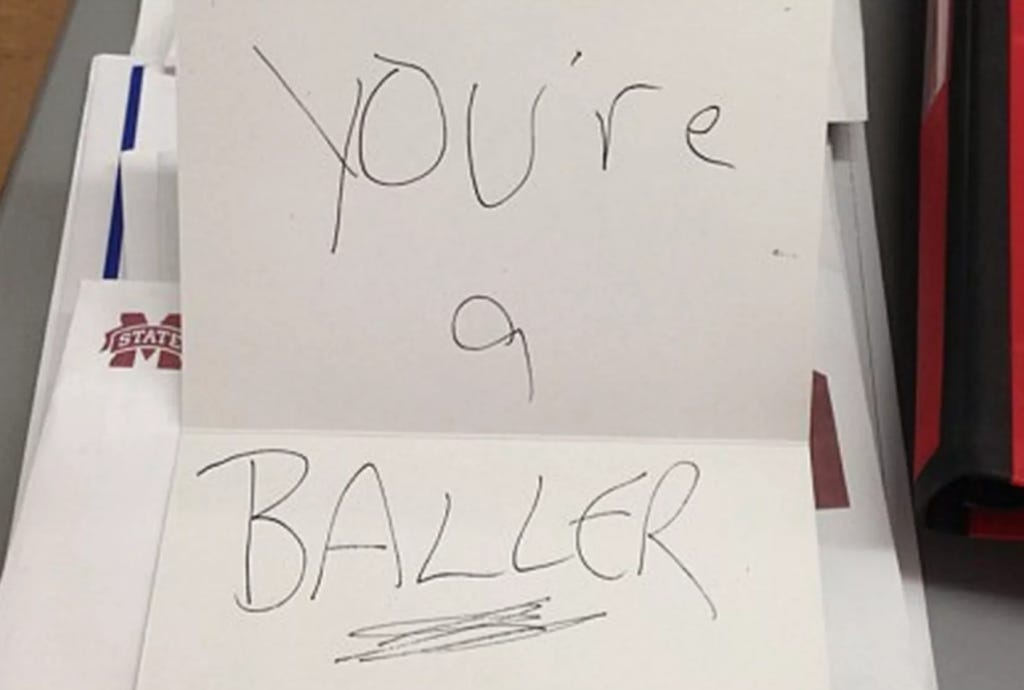 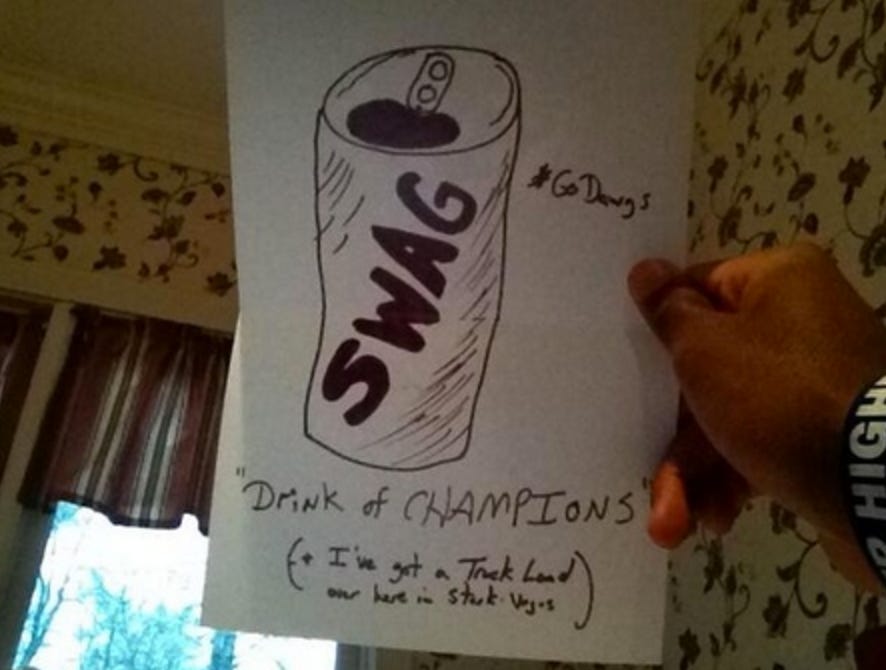 Now that he’s head ball coach at Temple, I guess hand drawing recruiting letters is a little beneath him. Enter – Dave Gerson. Official SWAG master of the Owls. Even got an official press release –

Gerson, who has spent the past six seasons with the Owls’ football team, officially has been hired into the role of Multimedia Coordinator – Specialist With Advanced Graphics. He becomes the first S.W.A.G. Coordinator in college football. In that role Gerson will develop and showcase an array of graphic designs for social media usage. He will personally assist Collins in showcasing Temple Football to fans and recruits.

Please, please for the love of God, never ever forget the best recruiting Photoshop of all time at Wake Forest. 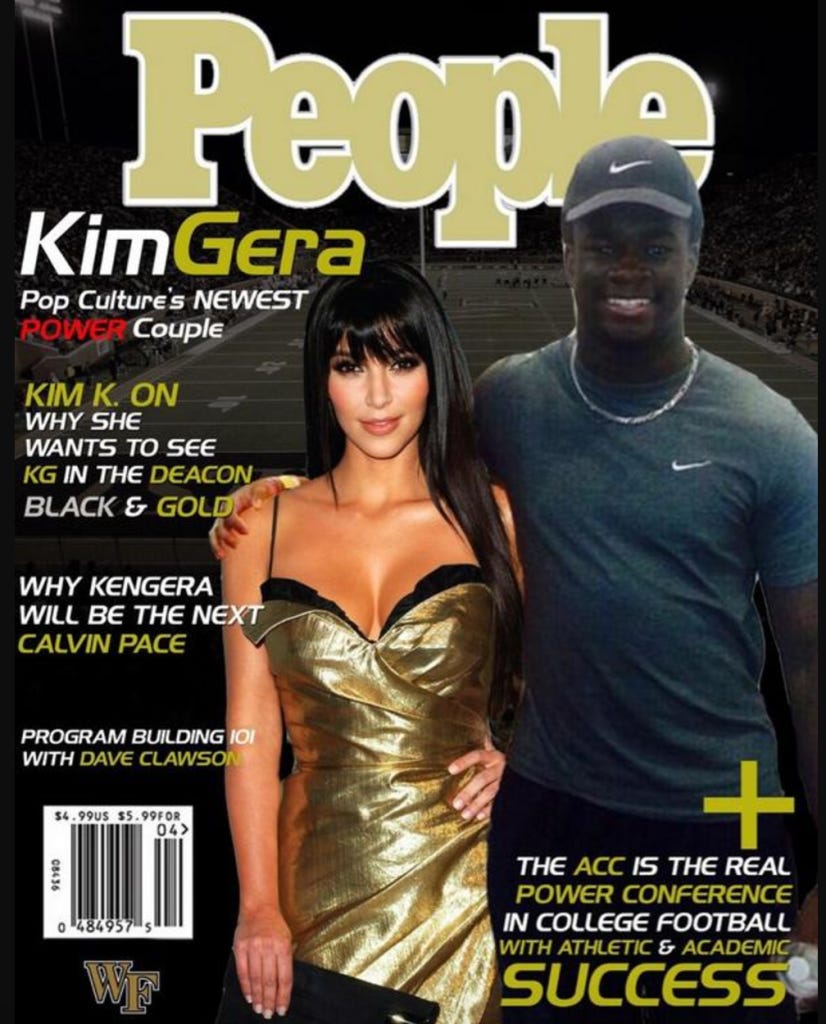