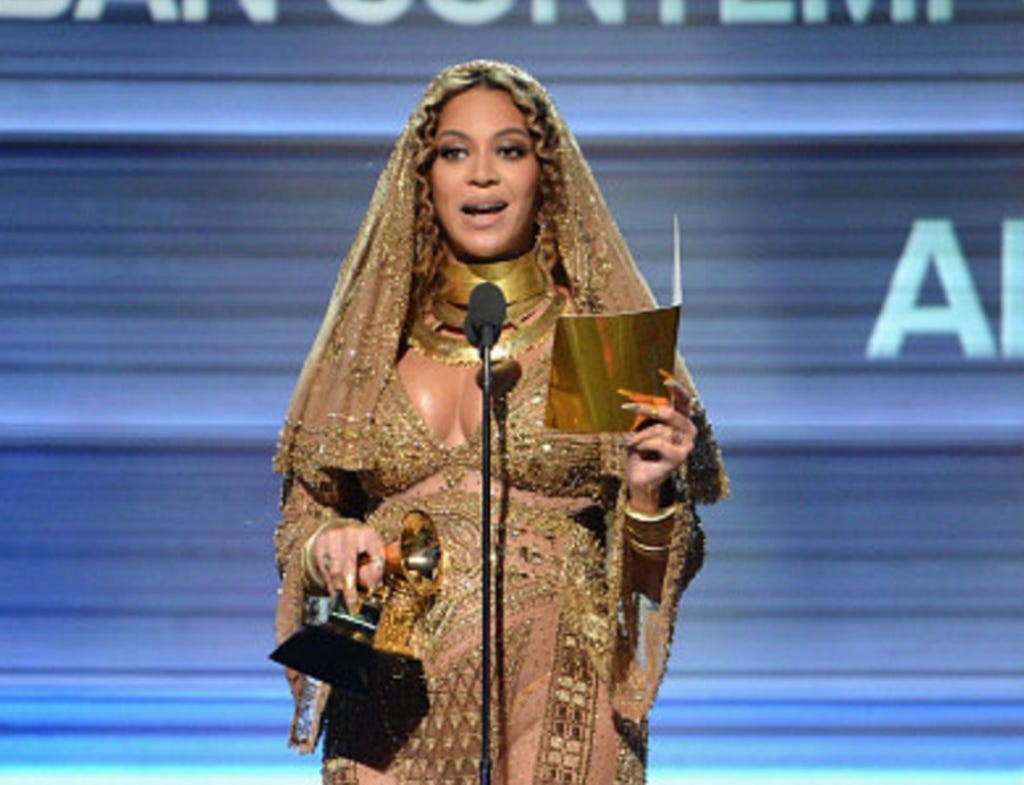 I’m a Beyhive Boy and have defended Beyonce more times than I care to admit, but last night was too much. Much too much. Dave’s already made his thoughts on the performance very clear and it’s tough to disagree with him, it was preposterous. But how about going up there with this fucking card? That was insane too. Most people win awards and head up to the stage all flustered, pull a cocktail napkin out of their jacket pocket, and say shit like, “Oh my god I didn’t expect this. I can’t believe this.” Even though it’s a lie, it’s still the thing to do as it shows some level of humility on the largest stage.

Beyonce don’t play like that. She went up there with her acceptance speech engraved on a goddamn gold tablet like it was The Book of Mormon and she did it while oh so subtly hinting that she just might be the Virgin Mary. All things considering, one of the cockiest moves I’ve ever seen in my life. Mere mortals pretend to be surprised and read scribbles, the Madonna goes out there like a queen reading her decree that’s been tirelessly edited. I’m still a Beyhive Boy, but she makes it so fucking hard sometimes.