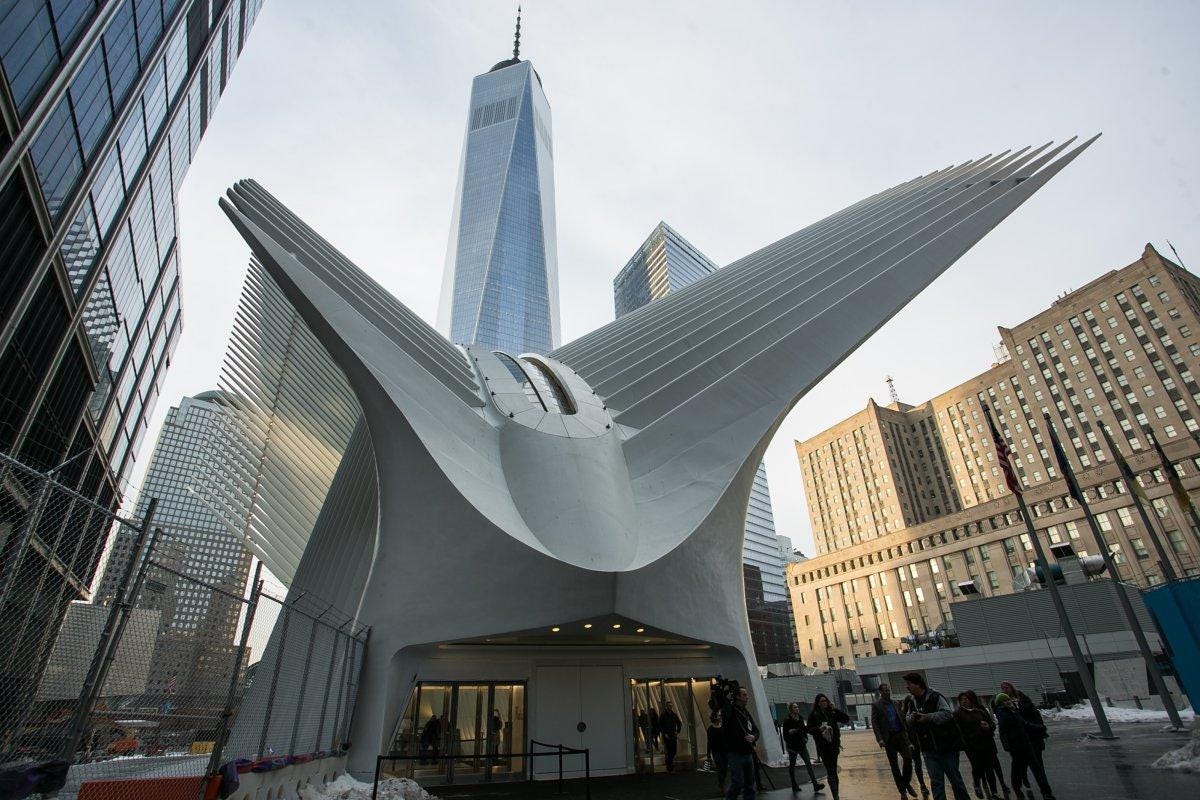 NY Daily News- A New Jersey woman who fell to her death from an escalator at the Oculus transit hub was apparently horsing around on the handrail, mimicking a superhero before she lost her balance, a source said Sunday.

Officials who saw video of the tragic accident said victim Jenny Santos, 29, fell 34 feet early Saturday after laying prone on the banister of the escalator, like she was pretending to be flying, the source said.

Earlier, officials had said Santos fell around 5:30 a.m. while stretching to grab her twin sister’s falling hat while the two were riding the escalator en route to a train to take them back to their home in Kearny, N.J.

The source said the hat was still somehow involved but could not elaborate.

I started writing this when we thought this girl died reaching for her twin sister’s hat. Here’s what I wrote:

Whatever the opposite of twinning is, that’s what happened here. And while it’s sad that Jennifer Santos twost her life away, imagine how her sister must feel? Unless that hat is made from the feathers of a hippogriff, it probably wasn’t worth it.

Also, heading home at 5:30 Saturday morning? Couple of night owls here, minus the wisdom and the ability to fly, unfortunately.

Since then, we’ve learned that Jenny Santos did NOT die in an heroic effort to save her sister’s hat. Instead, she was “mimicking a superhero” on the escalator rail before she fell off. Couple things:

1) KMarko will now probably publish this blog, since it went from “sad” to “funny.”

2) I bet you thought my headline was insensitive. Literally paraphrasing the Daily News headline:

N.J. woman pretended to be a superhero on Oculus escalator before falling to her death

Lastly, “The hat was still somehow involved.” Be more cryptic. Was she wearing the hat as a mask? Was it the sorting hat, and did it tell her she belonged to Slytherin so she just killed herself? So many questions.

PS- 2 Harry Potter references in one blog and I’m not even loose.