So last week I blogged about how the NBA basically told its teams and players to tone down the Twitter wars because they didn’t want anyone’s feelings to get hurt or something.

Well apparently the person that runs the Sacramento Kings Twitter had hate in their heart and they wanted to let it out.

It all started when the Stars and Predators were innocently chirping the pussification of the NBA. 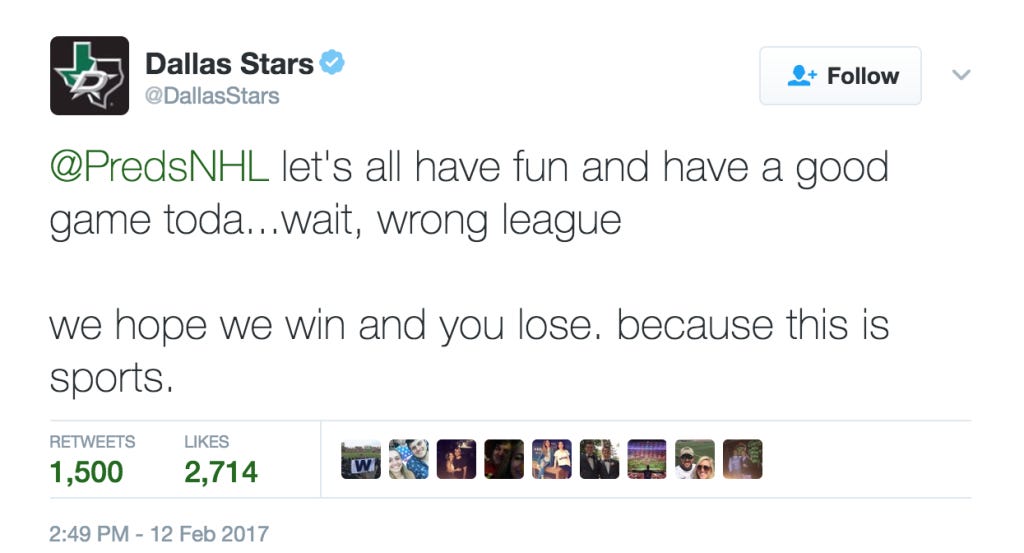 Which the Kings didn’t take kindly to.

What came next was just an absolute dagger out of the blue into the hearts of two fanbases. 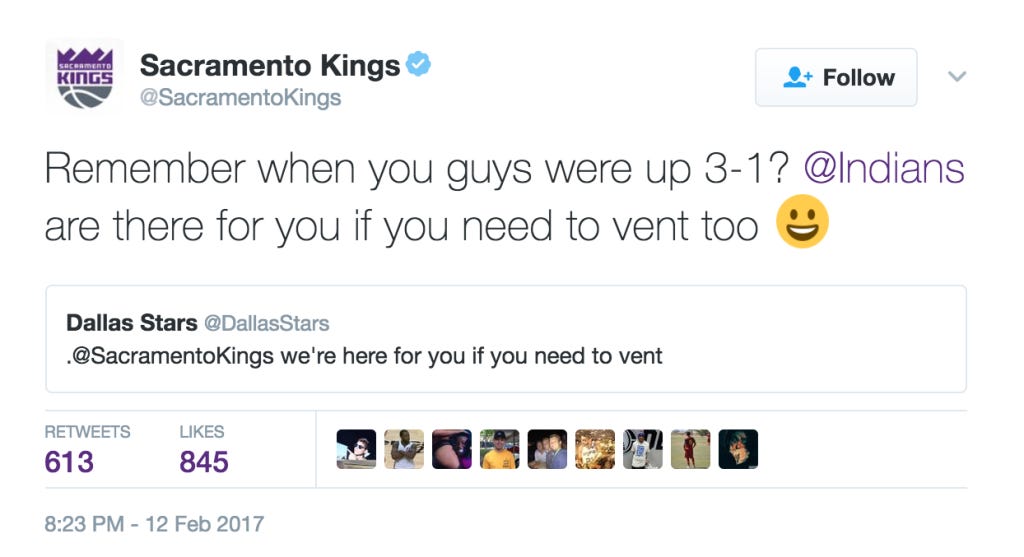 What the fuck was that?!?! Indians fans and their Twitter handle probably didn’t think a 3-1 joke would drop out of the skies and into their face courtesy of the Sacramento Kings when they woke up. But that’s exactly what they got. The smiley face at the end is the most vicious part of it all. Real deal supervillain shit.

So of course the Indians responded. 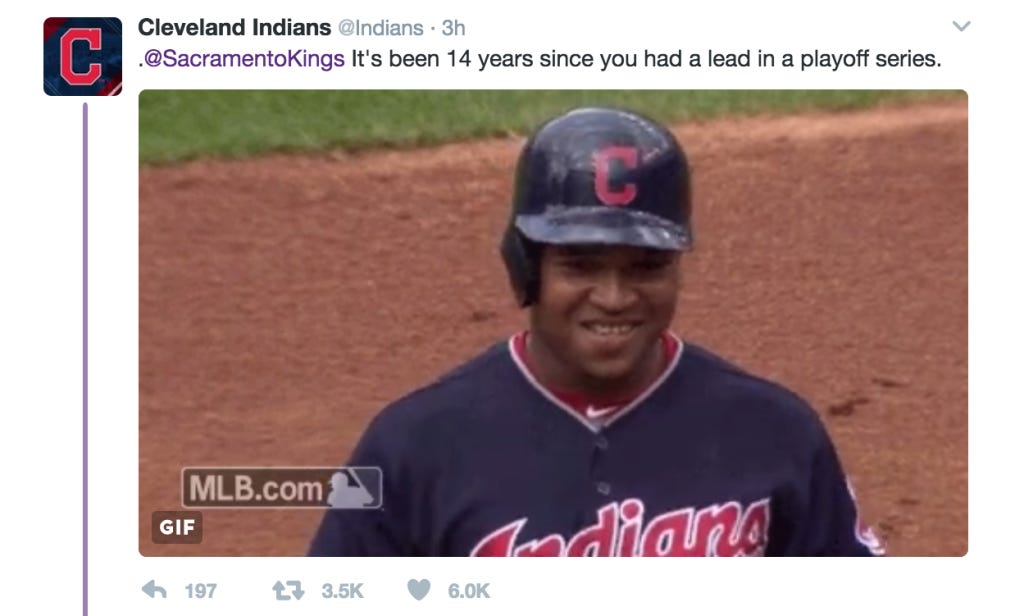 And the no-heart Kings fired back.

If you were the Atlanta Falcons Twitter, you head had to be on a SWIVEL right about now.

The Kings also sure they made nice with other NBA teams, so Adam Silver didn’t slap them on the wrist/bottom.

And also burying the Stars for losing

Now is this all silly and stupid and childish? Yeah, probably. But you know what? I absolutely LOVE this move. The Kings being some savage Twitter handle that loves getting in random teams’ kitchens and chirping them about winning is hilarious. There is no reason in the world to give a shit about the Kings other than if DeMarcus Cousins is getting buckets or going crazy. They have been the dysfunctional dumpster fire of the West Coast while my Knicks hold it down back East. They are basically sister franchises. Which makes it even funnier.

The Kings chirping ANYONE about losing is crazy. They are your friend that starts fights regardless of if he can win or not just because he loves fighting. Dare I say they even have a little bit of Tex in them? The Kings are giving out Stone Cold Stunners to teams that have NOTHING to do with them despite having the win/loss record of the Brooklyn Brawler instead of Steve Austin. But it has me caring about the Sacramento Kings in the middle of February. And isn’t that what social media is all about? Spreading your #brand for the price it costs to hire a 20-something mercenary with a working set of Twitter fingers.

So keep doing you, Kings Twitter guy. If you can’t roast the fuck out of the Knicks for being such a shitty franchise, at least murder some other Twitter accounts for the love of trolling.