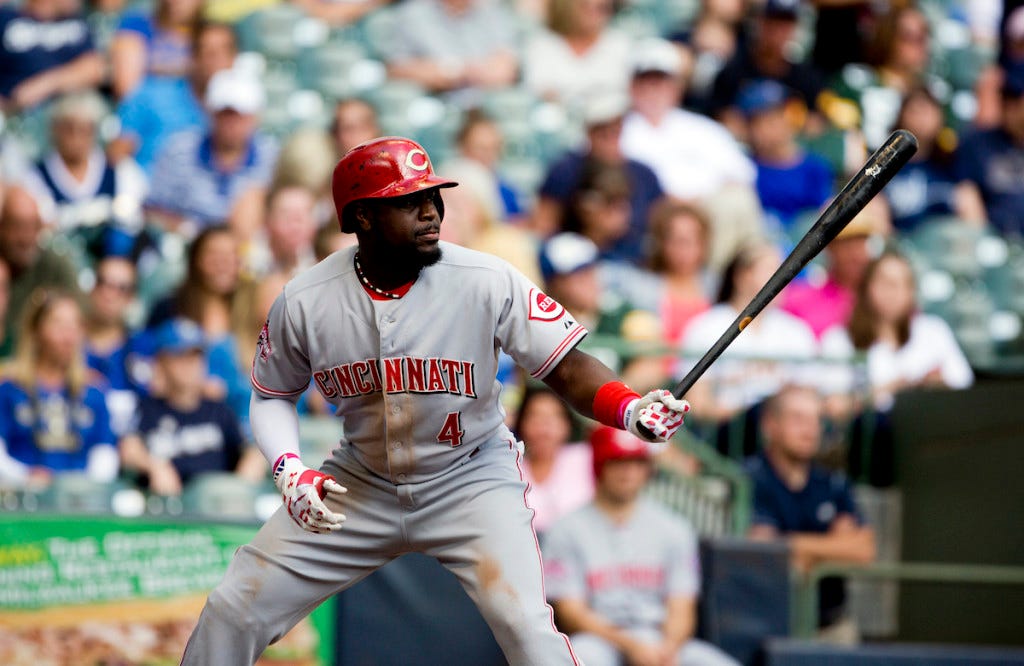 And on their FOURTH attempt to trade Brandon Phillips in the last two years, the Cincinnati Reds were finally successful by sending the 35-year-old second baseman to the Atlanta Braves for a pair of prospects.

Last offseason, the Reds went 0-for-2 in Dat Dude BP trades, as the 15-year veteran vetoed swaps to the Washington Nationals and Arizona Diamondbacks. As a 10-5 player (10 years in the league, 5 years consecutively with the same team), Phillips had the right to block any trade, and would’ve accepted a trade last winter if he had been financially compensated for doing so. His demands weren’t met, thus an agreement was never reached.

This situation was a little bit different, though. First and foremost, after playing 141 games in 2016 and averaging 147 games per season since 2006, Phillips’ playing time in Cincinnati was about to be greatly impacted by the major league arrivals of infielders Jose Peraza and Dilson Herrera, both 22 years old, as the Reds look to rebuild. The upcoming 2017 season is the final year of Phillips’ contract, so it would’ve made no sense for him to have accepted a limited role in a contract year. The other factor here is that Phillips owns a home in Atlanta, so he couldn’t have been dealt to a better fit.

If you recall, Phillips blocked a trade to the Braves back in November. For once, Harold Reynolds actually had some valuable insight on the situation. Here’s what I wrote back in January when the news came out that Phillips had vetoed a trade to Atlanta two months prior.

They were discussing this on MLB Network, and Harold Reynolds said that he talked to Phillips, and that Phillips said he was “ticked” about the lack of communication between he and the organization while the trade was being negotiated. The way Reynolds described it made it seem like Phillips blocked the trade out of principle, which would be a stupid move on his part. Reynolds noted that Phillips said, “You think I wouldn’t wanna go to Atlanta?” So, he wants to go, but he blocked the trade because the Reds didn’t let him know what was brewing until it was agreed upon? Who cares? It can’t happen until you say so, anyway. Weird move.

For what it’s worth, the two prospects that the Reds acquired weren’t even on the list of the Braves’ top 30 prospects by MLB.com, so nothing to get excited about there. The original report from the botched November trade stated that the Reds were willing to eat a “significant portion” of Phillips contract in order to move him, and that was obviously the case here, as they’re paying $13 million of the $14 million that he’s owed in 2017.

After the original trade back in November fell through, the Braves made a move by signing Sean Rodriguez to play second base, and serve as somewhat of a utility infielder. However, Rodriguez was recently in a car accident and suffered an injury that required shoulder surgery, which will sideline him for 3-5 months. That obviously opened the door for the Braves and Reds to revisit this deal, which they ultimately got done just in time for spring training.