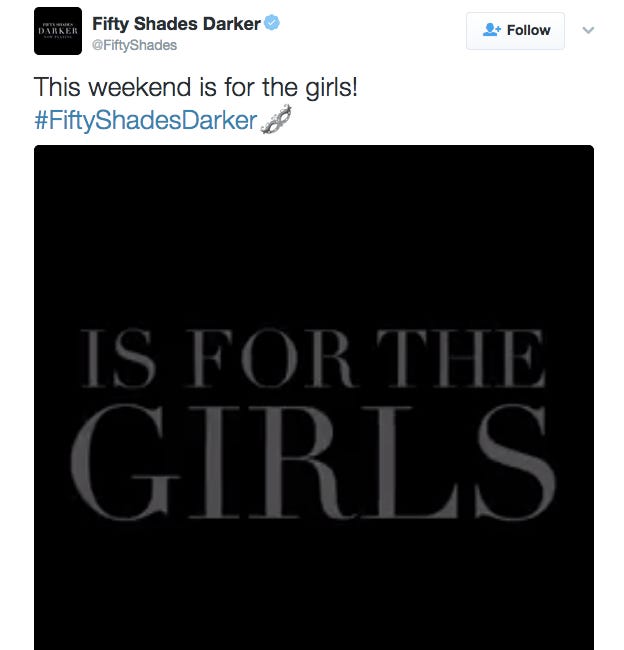 I need to know everything about this film’s budget right now. How much did they pay a marketing firm to come up with “this weekend is for the girls”? Because I hate to be cocky butttttttt I don’t think that they really deserve it. Take a lasting viral hashtag and just flip it? That’s what money was paid for? I’ll tell you what, I’m ashamed. I’m embarrassed. I’m definitely jealous because it would be pretty sweet to make a cut off this whole thing, but I’m more ashamed and embarrassed. Some of us had to work HARD to get this going. We had to drink beers on weekends, we had to jump out of planes, we had to rent yachts, jump off cliffs, and create tshirts. All that difficulty just for major marketing firms to steal it and flip it? Disgusting. Absolutely disgusting. I don’t know about you but I’m definitely disgusted. The big fish coming down to steal food from the little fish? I won’t stand for it.

And I know what some of you are thinking, “Feitelberg, you idiot, you fell into their trap! They got you to advertise now!” Not so fast my friends. I just looked up the reviews and it’s the WORST movie ever, that’s what many people are saying. It’s a ten percent on Rotten Tomatoes and I think “The Feitelbergs Go To Canobie Lake Park in ’94” has at least a 15 percent. Some critics literally passed out and died from the awfulness of the film, according to a story I just now made up. So don’t go see it. Don’t let your girlfriend see it. They’re thieves who make bad movies about sex you’ll either never have, or embarrass yourself trying to have. Fuck them.

PS – But seriously, what did this marketing team get paid to “come up” with this?