There are a few things in life that make everything instantly better. Almost an Awesomeness multiplier. One of them is snow. Whether you are playing football in the snow, drinking in the snow, or just being a lazy piece of shit in your house in the snow. Everything is just more fun. Another one of these multipliers is girls fighting. Regular fights are cool and all. But chicks fighting is on another level. Something primal about it all, even if 90% of it is hair pulling and kicking.

And then we have the capper. Girls wearing long socks and/or thigh hights. The cherry on the top of this video. I’m pretty sure that girls wearing long socks is at least 30% of the reason The Challenge has survived on MTV all these years. So simple yet so sexy. So if you put those 3 multipliers together in a blender and press start, you get yourself a beautiful video, even though the girls are showing more caution moving around than a newbie playing Sherbet Land in Mario Kart the first time. But this guy definitely had the best night of his life during the snowstorm. 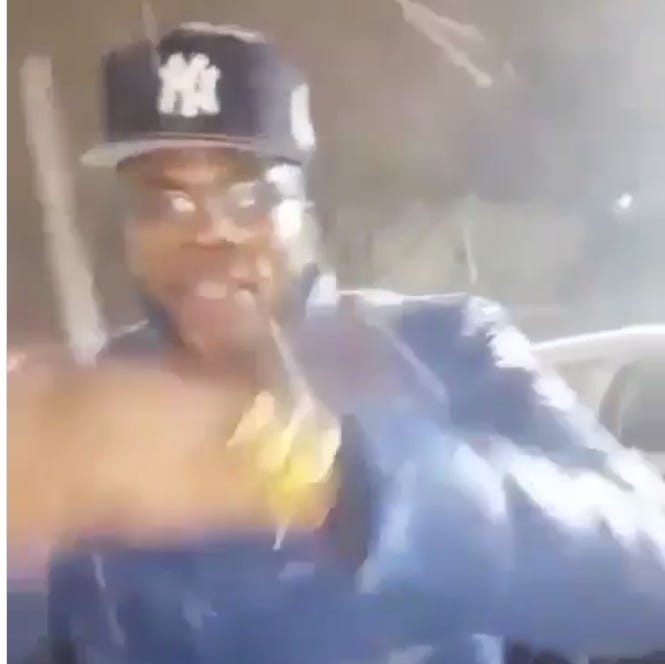 Also for what it’s worth, I can’t imagine a worse feeling than fighting barely clothed in the snow. Getting the smallest piece of snow down the back of your jacket as a kid was more painful than what I imagine 100 blowtorches to the face would feel like. Lots of snow probably made it to unmentionable parts during this kerfuffle. Kudos to these chicks for fighting through the pain, even though if I can critique a bit, I would mashed a lot more snow in my opponents’ faces. If you control the elements, you control the battle. Pretty sure either General Patton or Captain Planet said that.

Update: Upon further review, this appears to be less of a catfight and more of a televised 4-on-1 beatdown. If this happens with more clothes and nicer weather, I would have noticed it earlier. That’s on me and my unevolved brain.