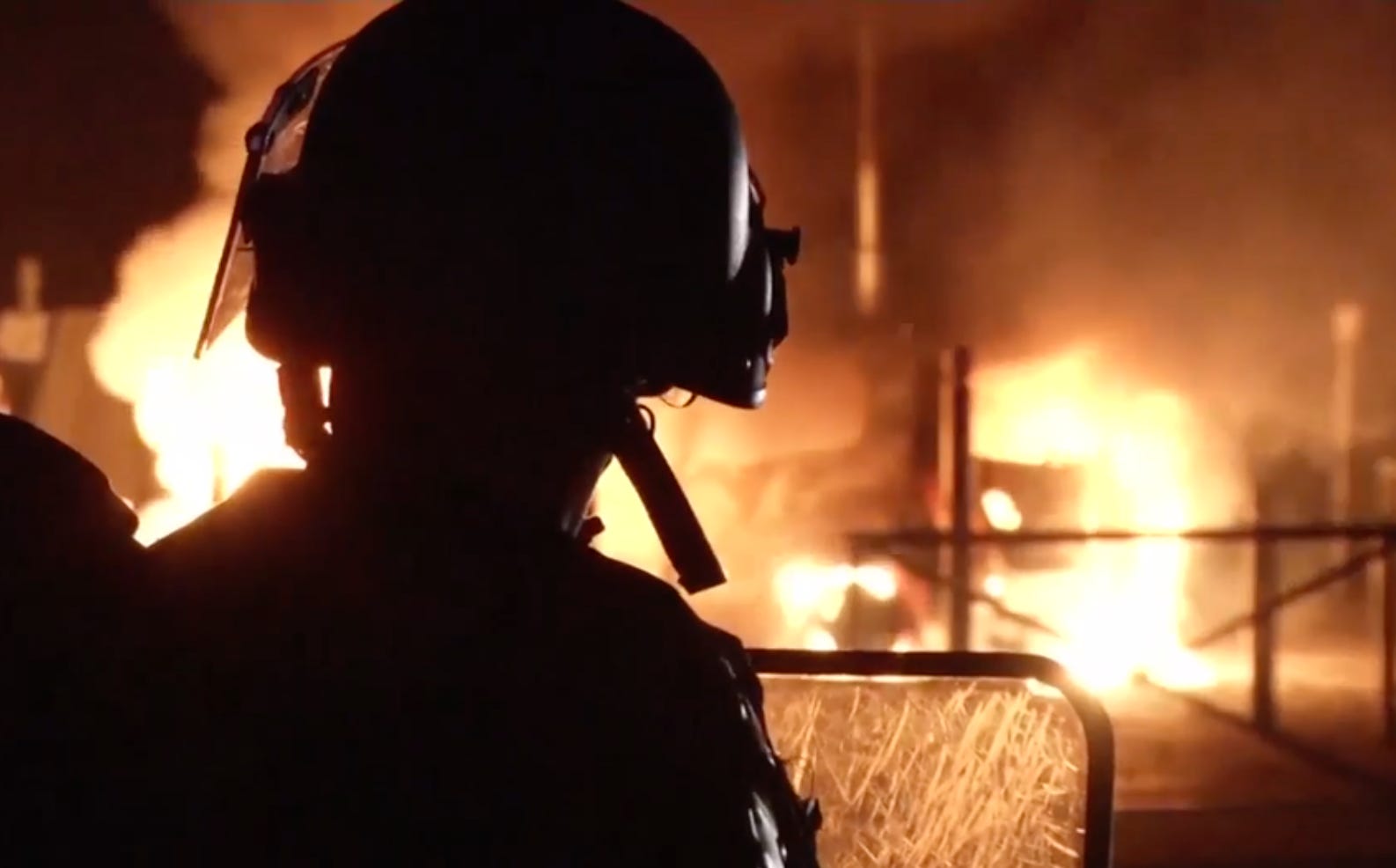 Independent- Police in France have claimed that an officer anally raped a 22-year-old black man with a truncheon by mistake.  In an initial investigation, they found “insufficient evidence” to support the man’s claim that he was deliberately sodomised.

A lawyer for one of the officer’s suggested his expandable baton slipped into the man’s anus by accident.

Police reviewed a video which reportedly shows an officer “applying a truncheon blow horizontally across the buttocks”. After this Theo’s trousers “slipped down on their own”, a police source told French media.

Investigators said they had taken into account “the questioning of the victim and the (police officers), eyewitness accounts and CCTV recordings” and had concluded that “there are insufficient elements to show that this was a rape”.

The old “slipped in by mistake” ruse. It’s the way we men have justified knocking on the wrong door for years. It’s our ¯\_(?)_/¯ bandaid. It has become an innocent whoopsie-daisies bedroom prank; a playful “boys will be boys” curveball that we use to test the muddy waters of rear-entry infiltration. Is she on board? Nope. I’ll just blame it on bad coordinates.

Unfortunately, these french police officers went TOTALLY OVERBOARD with it. Talk about misappropriating a concept. Hey garçons, that is NOT how this game works. You’re beating the shit out of some poor guy, somehow his pants slip down, and your expandable baton slips into his anus by accident? That’s some 1980s L.A. police brutality reasoning right there. Get your shit together, France.

By the way, we think of France as a passive-aggressive, America-hating group of effeminate losers. However, their immigration problems make ours look like a tea party. Islamophobia runs so thick that even their President wrote a book about it. Europe, in general, has a major crisis on their hands as the Arab Spring created a major influx of immigrants from the predominantly-Muslim countries of North Africa and the Middle East. I would argue that fear of terrorism is felt more acutely in France than here, stemming from the attacks on November 15th, 2015, and the Charlie Hebdo killings, to name a few.

It’s certainly impolitic, but it feels good to tell another country to get with the times.