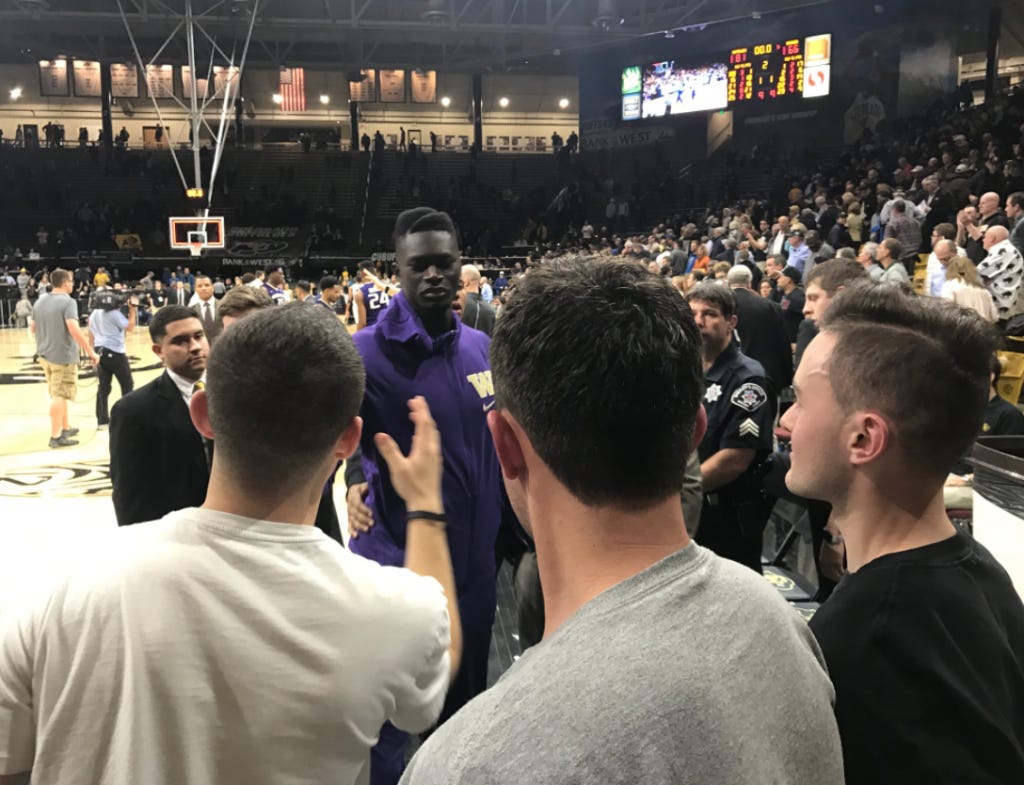 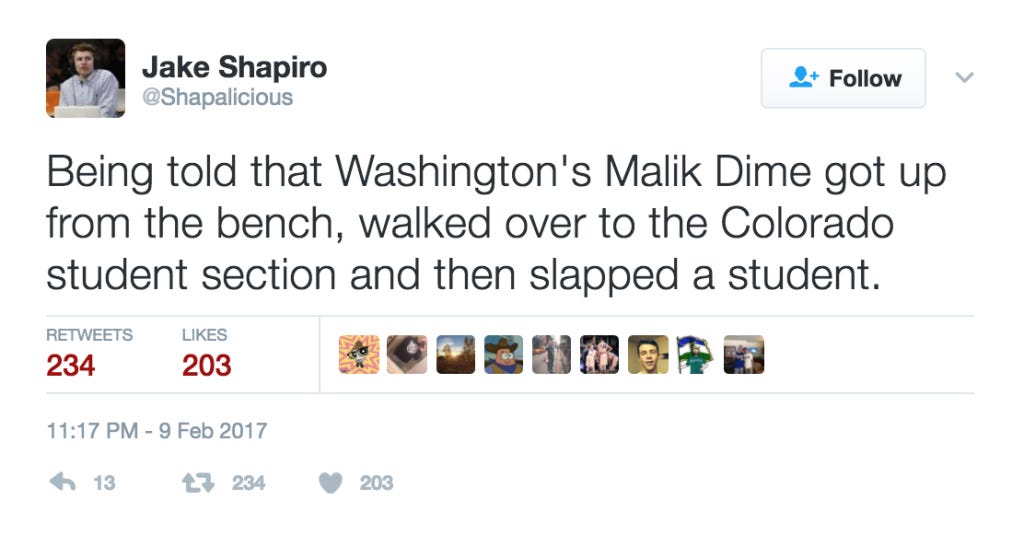 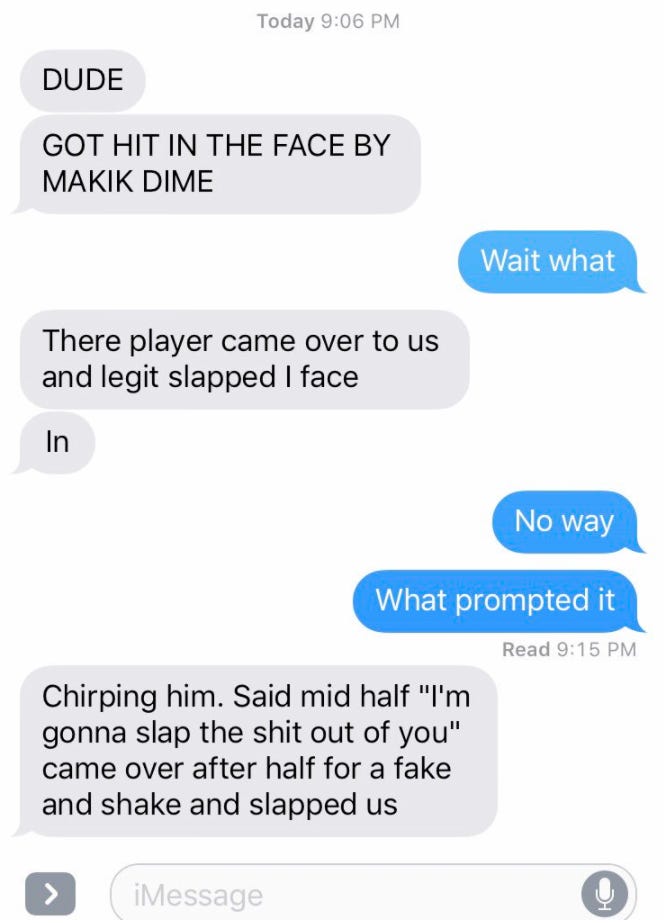 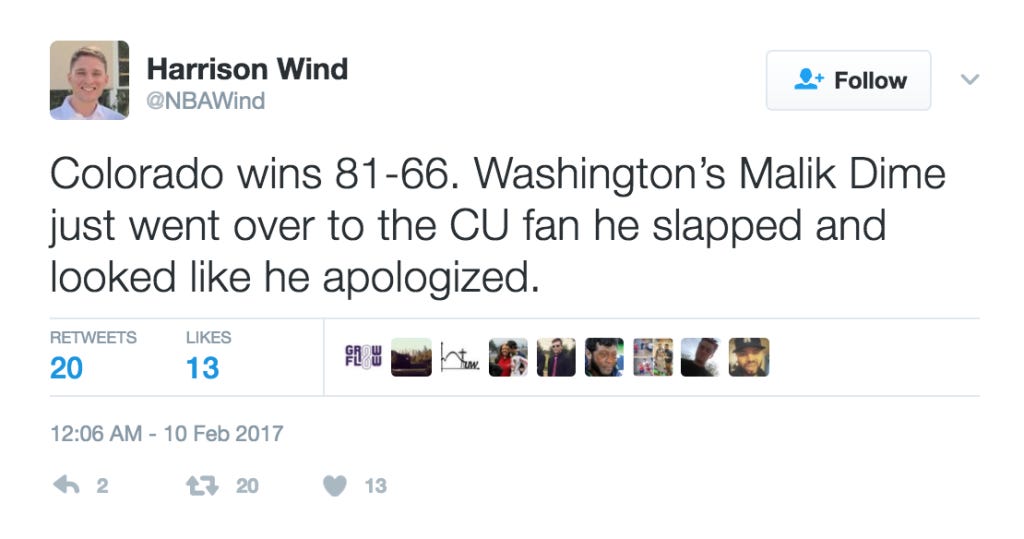 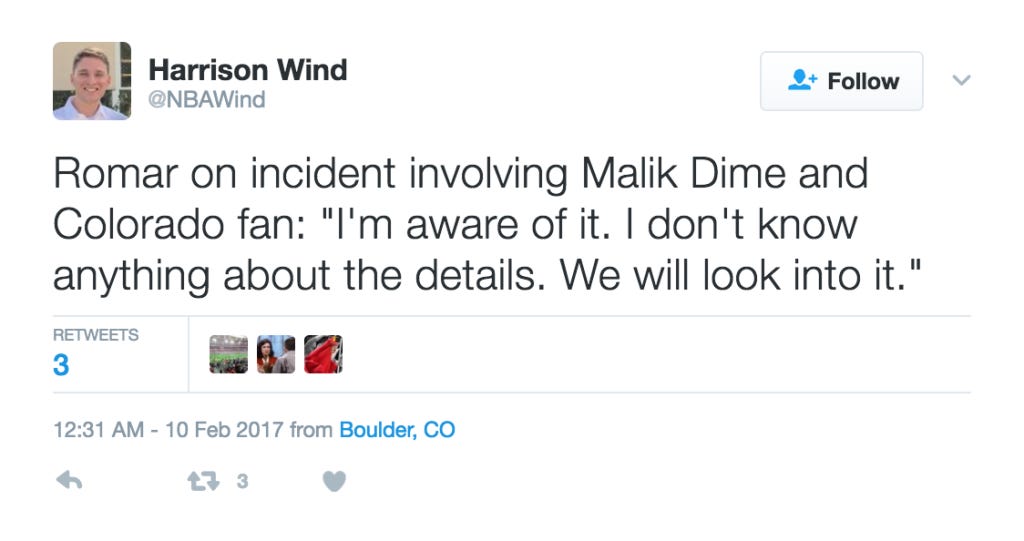 BOULDER – A lot of noise comes from the C-Unit, Colorado Basketball’s student section, and they take pride in that. They love to get under opponents’ skin for the fun of the game, and the Coors Events Center is known for the rowdiness caused by the cohort.

Thursday night against the Washington Huskies the C-Unit experienced a different sort of clap-back…a slap-back. The C-Unit was slapped in the face, literally.

Six-foot-nine, 220-pound senior Malik Dime, a big man with a big name did not take too kindly to Colorado’s students.

“We were talking the usual game talk with the players like we usually do,” Dylan, a CU student said. “Malik looked over at us at one point and said ‘I’m gonna come over there and slap the s*** out of you.’ We didn’t think that was real so we just laughed and then at the end of the half he came over to us and pretended like he was giving me a handshake and I reached out and he pulled back and slapped me in the face and the follow through hit the person sitting right next to me, which was Brian.”

Amazing, absolutely amazing. Listen I’m on record as a firm believer in the rights of fans to heckle. Boo, talk shit, whatever you want to do, if you show up to the game and make the commitment to it then you have every right to talk some trash. But I’m also on the record as saying that that right should come with the caveat that the players you are heckling should in turn have the right to come bitch slap the absolute shit out of you. That’s the trade off.  Talk what you wanna talk but always be prepared for the massive D1 athlete you’re dumping on to come over and throw some hands. That’s fair enough right?

Malik Dime taking me up on this new sports world order and I love it.

Some additional details on the bitch slap heard round the Pac-12:

“I wasn’t shocked because he said, ‘I’m gonna slap the s*** out of you,’” Brian, a C-Unit member added. “Jeremiah Paige and Larry Eustachy have said worse, we have a long tradition of getting under people’s skin but nobody has ever taken physical action, and I’m surprised.”

Dime took the rare step, or hand in this instance over the line and hit a Colorado student.

“I thought it was a real handshake,” Brian told. “He came over with a windup, it was a hard hit. It’s a double face, there’s no way around that.”

“One slap, two faces, I was impressed, he’s got a big wingspan,” Dylan remarked.

The C-Unit – some crazy ass motherf’ers.

Crazy things happen in the Colorado student section on an almost-nightly basis, but for these two veterans of Colorado Basketball, this topped it all.

“Front row, every game, usually the players go along with my smack and by the end of the game, I usually become friends with the players I talk trash to,” Dylan entailed. “I became friendly with a bunch of guys on their bench already, but Malik was just not having it…. Jeremiah Paige from CSU yelled at us, but on the other side I also became friends with Nick Kerr, who is Steve Kerr’s son, he even followed me on Twitter.”

“Definitely uncalled for, plus if he’s gonna slap me, don’t fake the handshake just come and swat me,” a rather triumphant Brian said laughing.

When asked if the two would press charges, they said this was enough for one night.

“We’re not trying to get anyone in trouble—the C-Unit—we’re good people,” Brian said. “It’s all in the fun of the game, we got a lot of love for Malik, the people of Seattle and Washington here in the C-Unit, and we got Powerade’s out of it, we got respect for them.”

Following the game, Dime came over and shook hands, for real this time, with each student.

Huskies coach Lorenzo Romar said after the game, “I’m aware of it. I don’t know anything about the details. We will look into it.”

I LOVE these guys. Talking shit, getting slapped for it, laughing it off and not pressing charges. Everything that college sports should be right there.