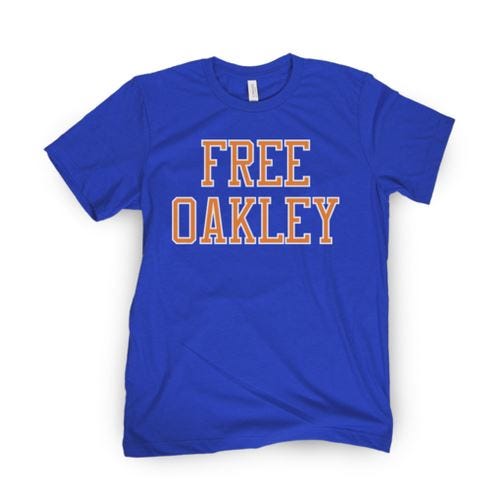 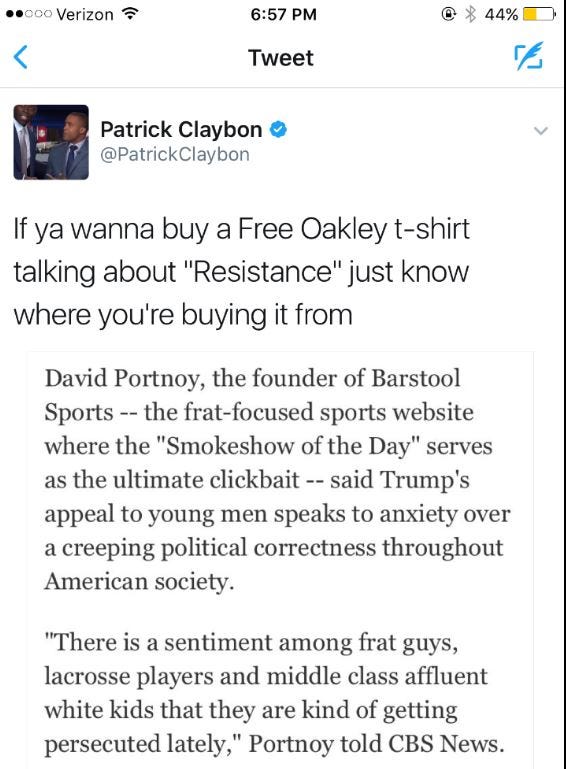 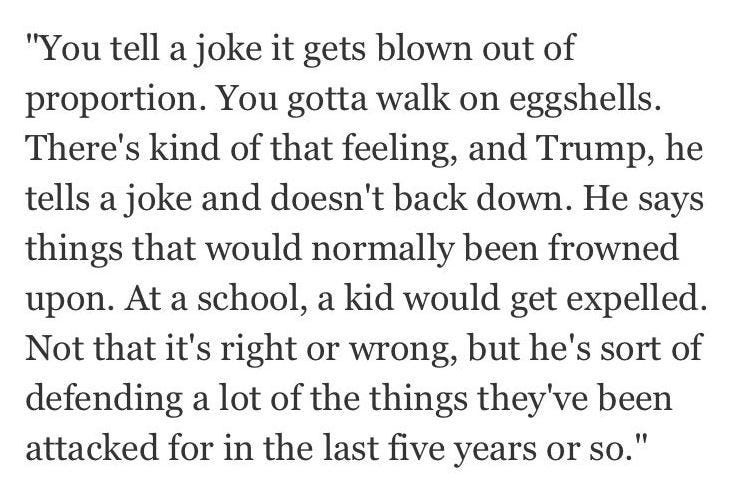 So I talked about this guy on Barstool Radio today. Some no name Patrick Claybon from the NFL Network with arguably the dumbest tweet in the history of mankind. Somehow telling people they shouldn’t buy our “Free Oakley” tshirts because I tried to explain why bros like Trump in a CBS News article. I mean of all the things I’ve said about Trump this is what he picked? A well thought out argument that is pretty much true? And what does one thing have to do with another anyway? I challenged him to defend himself on Barstool Radio and naturally he was too chicken shit to come on. Listen I know this guy is an absolute nobody that doesn’t deserve the time of day, but here is the thing. You can come at me. You can say I’m an idiot. You can say I’m gross. You can say Barstool sucks. But the second you attack our shirt pipeline, the lifeblood of our company I come for your throat.   You throw a punch I break out a bazooka.

Fuck this guy.  Buy a shirt