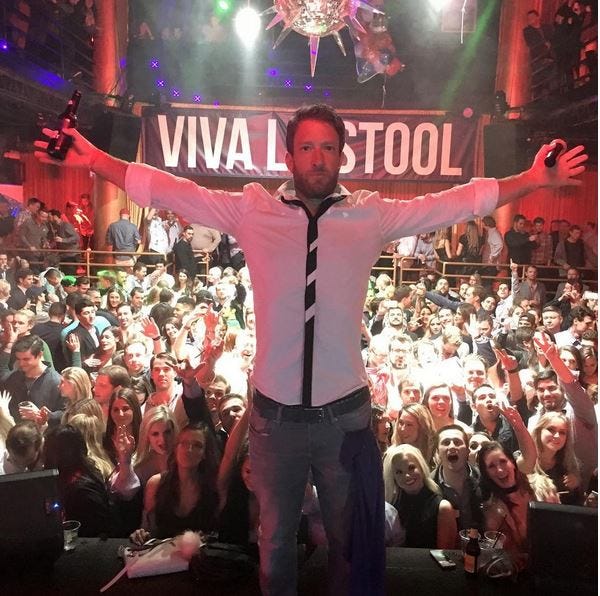 So Office Manager Brett called me around 9pm last night. Casually mentioned that he lost all my clothes from Houston. Why do bad things happen to good people? Anyway here is what happened. Essentially, I put all my nice clothes in a garment bag on the RV so it wouldn’t get wrinkled to shit. Everything else I stuffed in a suitcase. When I flew home I couldn’t fit the garment bag in my suitcase so I put it back on the RV. When Office Manager Brett showed up yesterday I asked him if he had it and he said yes. Fast forward a couple hours later and he called me sounding like somebody ran over his dog and said somebody “stole” it. Oh somebody “stole” it.

Listen I don’t know what happened exactly, but the facts are all my favorite shit is now gone. Office Manager Brett sounded like an insurance agent asking me the value of everything he lost so he could write a check to cover the damages, but that’s not the point. It’s not about money. You can’t replace your favorite shit. That garment bag was filled with clothes accumulated from such hot spots as Nantucket, Italy (ever heard of it) and other locations around the globe. I have a weird body type too.  It’s hard to find shit that fits a rapidly deteriorating 5’10 guy perfectly. Now they are dust in the wind. A major setback for Club Dave indeed. So here is the question. What should the punishment be for Office Manager Brett? The hardest working man who gets nothing done in show business.