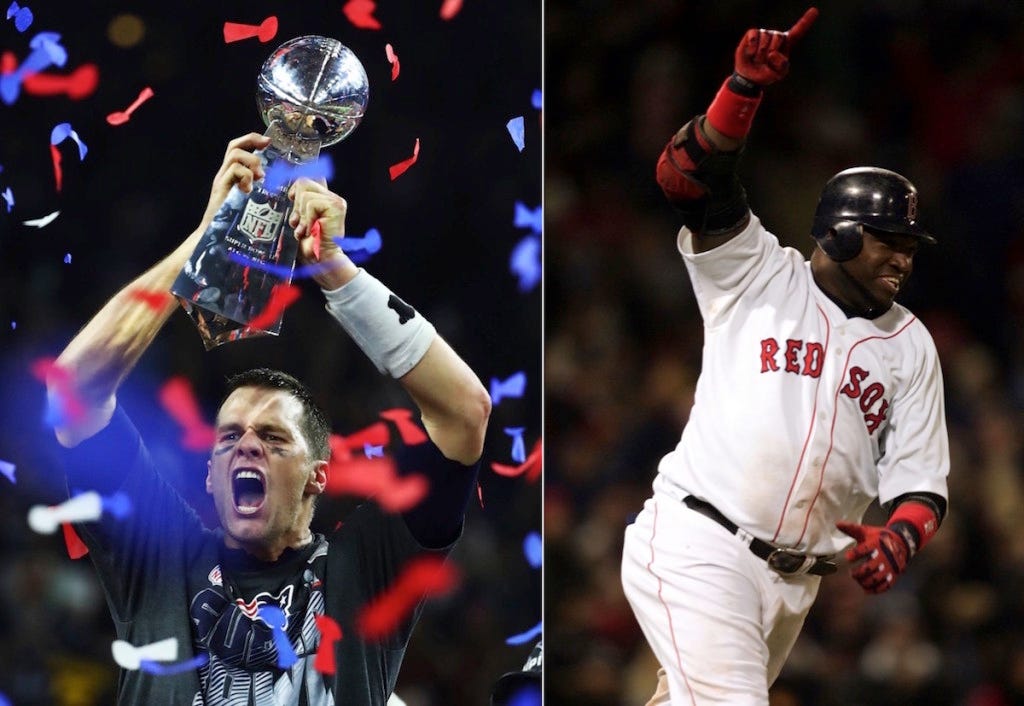 On Episode 71 of the Section 10 Podcast, the Nate Spears episode, we’re embracing debate and comparing the Patriots’ comeback victory in Super Bowl 51 to the Red Sox’ comeback against the Yankees in the 2004 ALCS. It all depends on the wording, I guess, so we phrase it a couple of different ways to see how they stack up against each other. We also talk about how ballsy Joe Buck’s call was, given that even the viewers at home didn’t even really know if it was a touchdown in OT or not, but Buck just went for it. From there, we talk about Tom Brady’s stolen jersey, the Patriots parade, the story of the first time I saw a titty at a Patriots parade, we get in a heated debate over when baseball season actually starts, our thoughts on Truck Day, who the Opening Day starter should be, and then we get into the Twitter questions.

Among those, we tackle if Andrew Benintendi had an ice cream flavor named after him, what would it be, whose dick is bigger, John Farrell’s or Dave Dombrowski’s, and an intriguing MFK that involves the Patriots Super Bowl win, the Red Sox ’04 ALCS comeback and every girl we’ve ever had sex with. All that, and a bunch of other weird shit.