Big time controversy in the NHL last night. We’re talking mega huge ultra controversy on our hands here as Zach Parise scored for the Minnesota Wild to tie things up at 2-2 in the 2nd period. After the goal was scored, Joel Quenneville used his coach’s challenge, saying the goal should be overturned because Parise was initially offside before the goal was scored. Now in many aspects, Coach Q is right. But after nearly a 10 minute review and the officiating crew apparently ordering a pizza because they knew this thing was going to take a while… 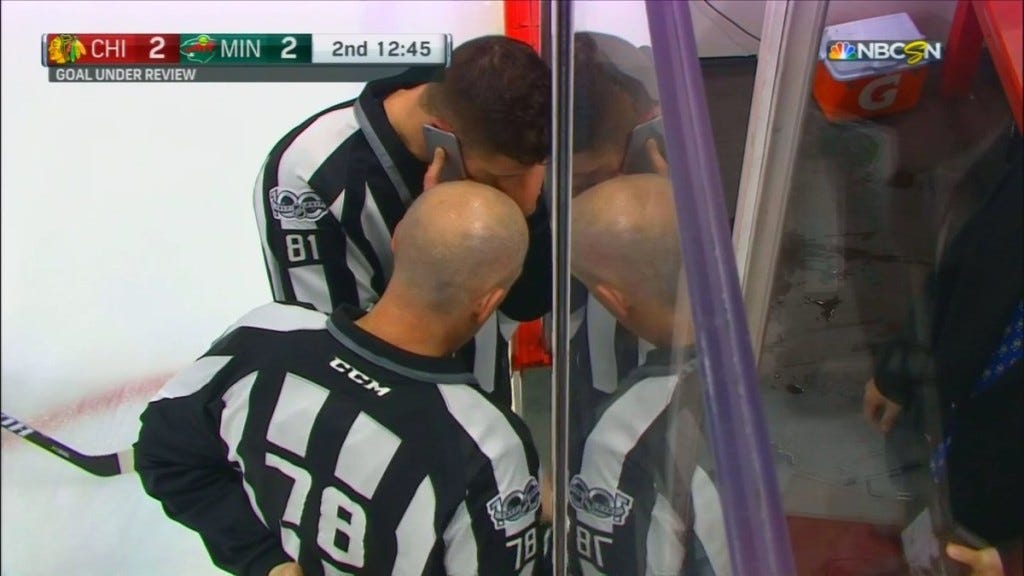 … the video was ruled inconclusive and the call on the ice, which was a goal, stands. And that’s where the controversy arises because the Minnesota Wild may have gotten away with one here.

I’m not sure how much money the NHL spent on the blueline camera technology but I’m sure whoever wrote that check is pretty pissed off today. Should this goal have been called back for being offside? Well,,,, it hard to say. Because as you can see, the moment Charlie Coyle receives the pass, the puck is in the zone and Parise clearly hasn’t tagged up yet. 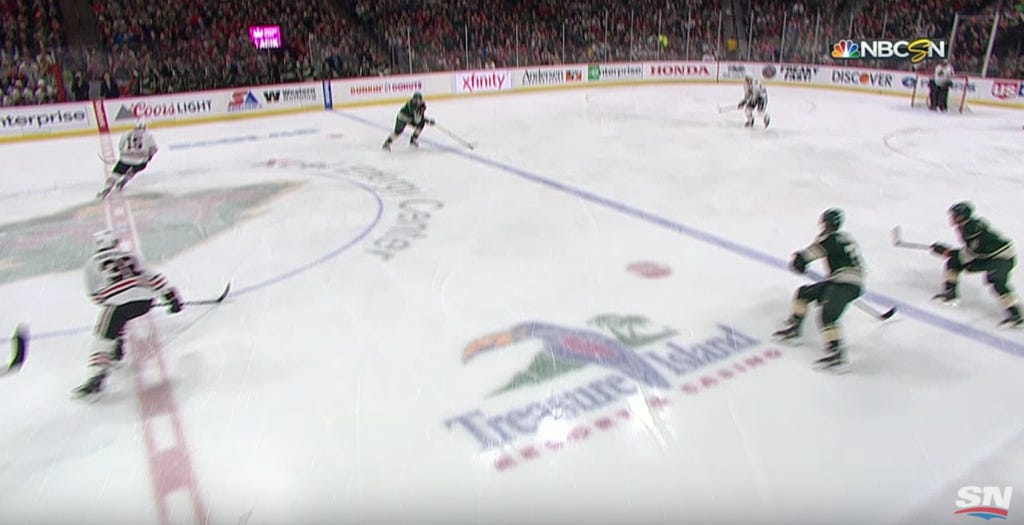 I know it’s hard to tell if the puck actually touched Coyle’s stick at this exact moment but I think we can all agree that it’s “more probable than not” that Coyle touched the puck while Parise was still in the zone.

Then you’ll notice that Coyle, who remains onside, no longer possesses the puck and Parise then tags up before the Wild enter the zone. 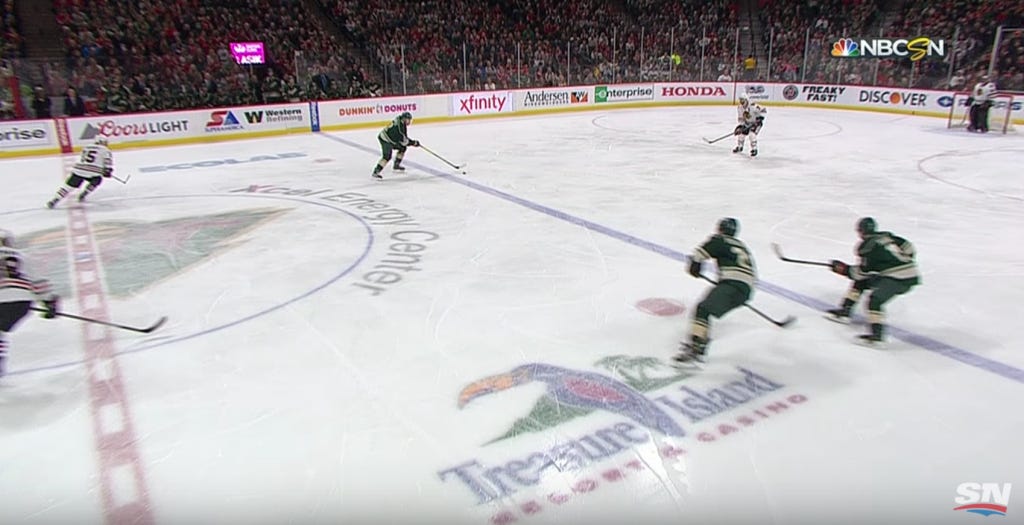 No possession of the puck. All 3 Wild skaters have tagged up. This looks fine to me. And you might be saying to yourself, “no, Jordie, you fucking dumbass. The play should have been whistled dead the instant Coyle touched the puck while Parise was still off”. And to that, you may have a point. But I think that’s bullshit. I think that’s a ticky tack call that has no business taking goals away in this league. Which is why I’m here to offer up a couple quick solution real quick to make sure this controversy never happens again.

1. Get rid of the coach’s challenge entirely. It’s done nothing but create chaos and confusion in the league so far in the 2 seasons it’s been around. Everybody hates it. If a call is so close to make that it takes 10 minutes of reviewing, then it didn’t really have that much impact on the play in the first place. I get that refs screw shit up every now and then but them missing this offside call isn’t the reason why Zach Parise ended up scoring. You can blame Brent Seabrook being a giant waste of space for that.

2. Rule change time. If the puck is in the zone but the attacking player who is touching the puck is onside, it just counts as a continued delayed offside until everybody else on the attacking team tags up. If an attacking player is offside when he touches then puck then obviously that play should be whistled dead. But if the puck carrier is on, then let’s just forget about where the puck is at and count this as a delayed whistle. How often does this exact play happen in hockey? Maybe once a year? The rule will have to be enforced so infrequently that nobody will ever even notice.

Also–you should have to challenge before the goal is scored. If a coach can see a play is offside in real time while the ref doesn’t, then that should be rewarded. But not after he’s staring at all the different replay angles on the tablets on the bench.

Sidenote: The Blackhawks won in overtime anyway so this should be a non-issue at this point. Sure, you could say that this goal helped Minnesota at least take a point and pushing that game to overtime. But this was to make it 2-2. Final score was 4-3. Being half a step offside wasn’t the difference maker there.