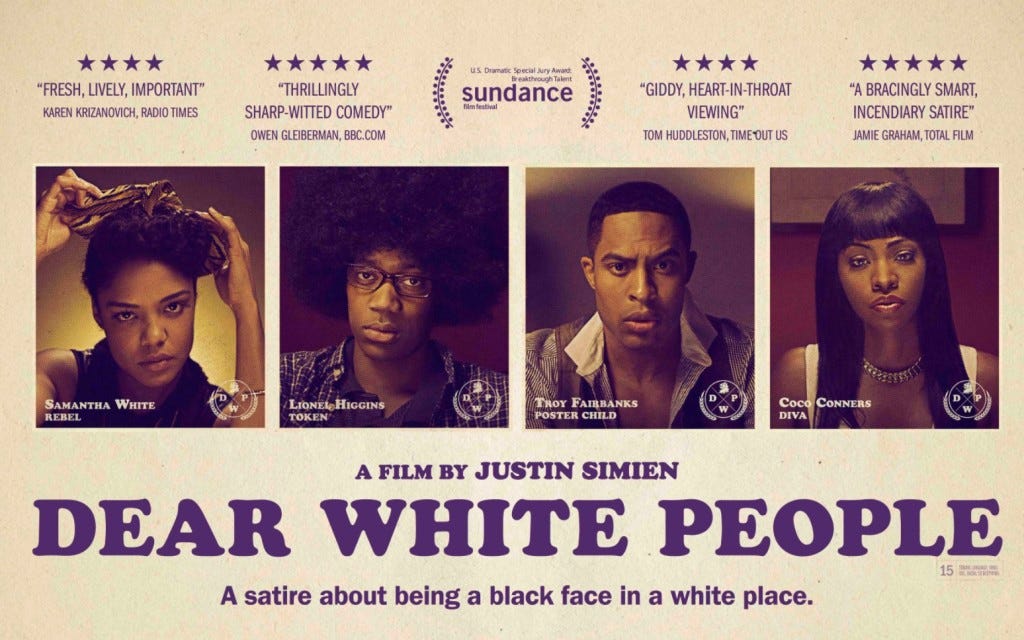 Telegraph – Based on the acclaimed film of the same name three years ago, Dear White People “satirises ‘post-racial’ America as students of colour navigate a predominantly white Ivy League college,” according to the site’s description.

Since it was uploaded to YouTube on Wednesday, it has been viewed more than 214,000 times. More than 54,000 people gave it “a thumbs down” while just 2,800 reacted positively.

Of the more than 20,000 comments the clip drew, many described it as racist while some users threatened to cancel their Netflix subscription in protest.

So a lot of news articles out there are making it out to be a Trump thing. It’s not. But there are a loooot of angry white people out there being galvanized by the horrid racial inequity of a social commentary on the black experience of America being made available on their favorite streaming service:

And on the bright side:

But overall this is the exact same digging your heels in whiny shit that the people who chant #NotMyPresident and protest fair election results do that I also despise. This show was a critical success and gives work to young black actors and writers portraying their version of the American experience, that’s all good stuff. But more than that, there’s NO FUCKING WAY these people are keeping Netflix cancelled. Where are you going to find your episodes of Friends to fall asleep to or the kids’ shows to mindlessly leave on for your neglected kids for hours or catch up with the latest Orange Is The New…maybe not that one. But there’s only one show in town for these folks and you know they’ll come crawling back to Netflix, jonesing for a hit of dat sweet streaming media. And I hope Netflix looks down and whispers “No.”

Also full disclosure I’m a little biased here, the one kid playing Troy in the movie/on the show is a guy I was friends with in theatre classes at USC. I’ve seen him on a bunch of TV stuff over the years and he’s about the only dude I’ve seen doing stuff (other than one chick I once did a scene from Say Anything with who ended up getting naked in some zombie movie…obviously NSFW, obviously niiiice). So I’m rooting for him here. Whether the show is your cup of tea or not I think you’ve got to let artists create and then go from there. It’s good on Netflix to give them the opportunity.

And if the show gets gobbled alive by the angry white internet, well at least we know who’s the real alpha dog of USC theatre’s 2006 class:

Sorry for the flood underneath your desk right now. But yeah, that This Is Barstool scene I did with Francis was more acting work than 95% of the kids we were at school with did in the last year, I guarantee it. Down to me and you Brandon P. Bell. Let’s GO.