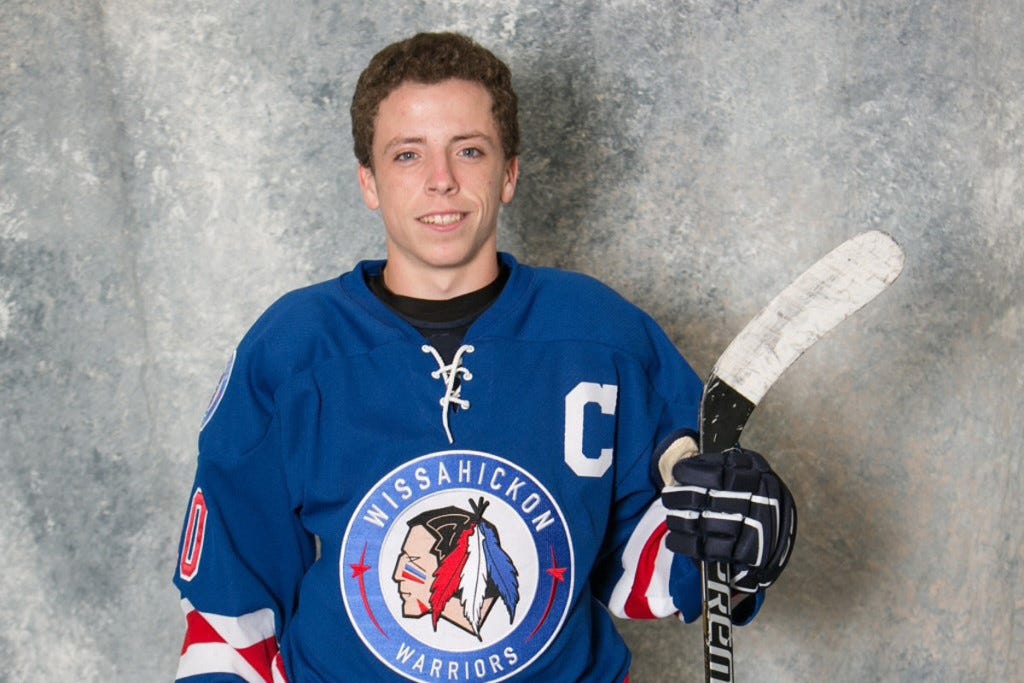 Philly.com – Nick Bond, the captain of his hockey team, had scored a goal during the game Sunday morning, but he left the rink after telling his coach — who was also his father — that he had a headache.

Moments after leaving the ice at the Wissahickon Skating Club in Chestnut Hill, the Springfield (Montgomery County) High School senior collapsed and was taken to Einstein Medical Center, where surgeons operated to relieve pressure on his brain.

I don’t even know how to explain how terrible this news is. I mean… just think about it. One moment the kid was out there on the ice scoring goals and playing the game that he loved. The next moment he’s gone. It could happen to any one of us who ever get out on to the ice and it’s just such a shame that this had to happen to Nick Bond. A senior in high school. From everything I’ve heard about the kid, he was everything you could have ever wanted in a son, player, student, friend, human being. A senior in high school, man. He had so much to look forward to and it’s awful that his time has come to an end. The good news is that it sounds like what he did with his 18 years on this Earth was nothing short of spectacular. In his 18 years on this Earth, it sounds like he was able to make positive impact after positive impact on so many peoples’ lives. That’s something that is truly special and as much as it sucks that he’s not around anymore, at least his friends and family can rest knowing that they got to spend part of their lives with such a tremendous kid.

Nick Bond was a hockey and lacrosse player who grew up in the area. This is hitting a little too close to home for me and I’m sure that’s the case with a lot of you as well. So all I ask is that if you can do anything at all, let’s help out the Bond family. Here is a link to a GoFundMe page that aims to help funeral costs as well as setting up a Memorial Fund in Nick’s name. I’m sure that in no time we’ll be seeing a Nick Bonds Memorial Tournament as the Wissahickon Skating Club and it’ll be amazing to see Nick’s legacy passed along tournament after tournament.