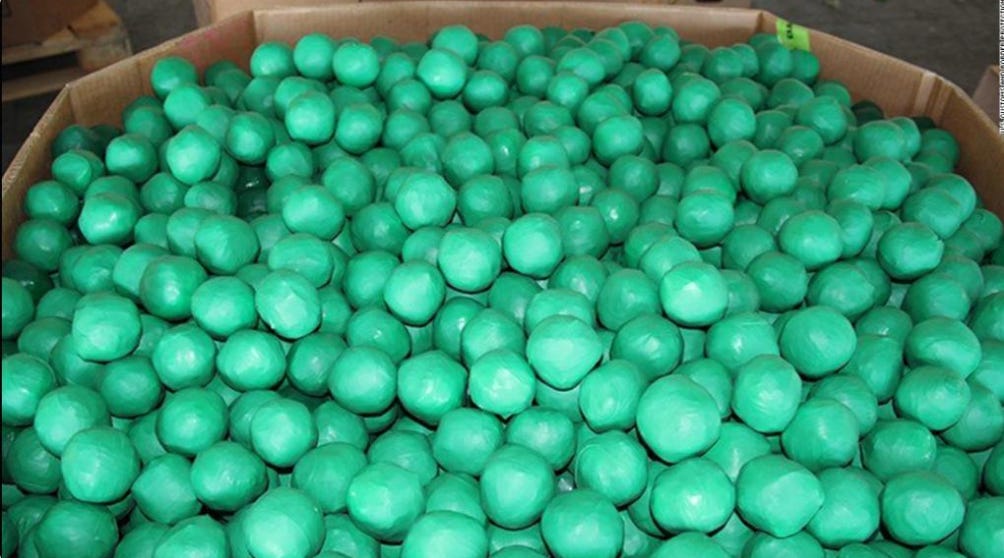 (CNN) At first glance, these limes look like a normal shipment of the green fruit. But they don’t contain the citrus juice you would squeeze into your margarita on a hot summer day. Instead the phony limes were packed full of marijuana. US Customs and Border Protection officers in Pharr, Texas, seized a total of 3,947 pounds of weed in the commercial shipment of key limes on January 30, officials said. The truck hauling the “produce” crossed the Pharr-Reynosa International Bridge along the Texas-Mexico border near the Gulf of Mexico. Over 34,000 of the fake fruit packages were discovered by an imaging inspection system and narcotics K-9 team.

I hate when people on Facebook start a post with “If you know me, then you know blah blah blah blah” It’s so fucking annoying. I don’t know why but drives me up a fucking wall and I wanna figuratively (and literally) kick them in the face for being so stupid. Those people are assuming we care enough to know something about them when nobody gives a shit about them. With that said, if you know me then you know I love drug smugglers. It’s in my top-5 favorite professions ever. Blow with Johnny Depp is in my top-5 favorite movies ever. I mostly love the drug smuggling profession because it seems outdated until you realize that drug smugglers will never be outdated because people love drugs. Like in the movies it looks so simple until you realize there was no internet and no technology back then. Smugglers were just flying tons and tons of coke over the border and nobody gave a shit. Now? Now it’s a lot harder but drug smugglers are still at it and I appreciate that type of resilience. Just like I appreciate these dudes trying smuggle two tons of weed in fake limes. I love that shit. I would say bravo but they got caught so I guess better luck next time. Keep trying. #ImWithTheSmugglers