Don’t hate the hipster look. As with most things in life, JoJo gonna JoJo – Especially if it helps his mojo. Sure, he wore them at Kansas for a hot sec, but not since. He may not medically require those specs like the other great gogglers Kareem Abdul-Jabbar, Horace Grant, or Kurt Rambis (back when he was somewhat adequate at his job). However, if he feels better rocking the specs If anything it’ll make me feel more comfortable a freak, karmic Philly accident like his cornea getting fisted is less likely to happen. And that’s nice. BUT WHAT THE HELL IS GOING ON WITH THIS BONE BRUISE IN HIS KNEE.

Get him back to Qatar where he had the entire baby fetus worth of stem cells injected into his crippled foot. I get it. They should rest Embiid until he’s 100% healthy in every single cell. It just…sucks. Just getting a taste of greatness isn’t enough when you have the cleanse the palate with shit week in and week out. Still, would rather suffer through the cocktease now and relish in dynasty for the next decade. Till then, keep on Trusting The Process. TRUST IT (by buying your shirts here). 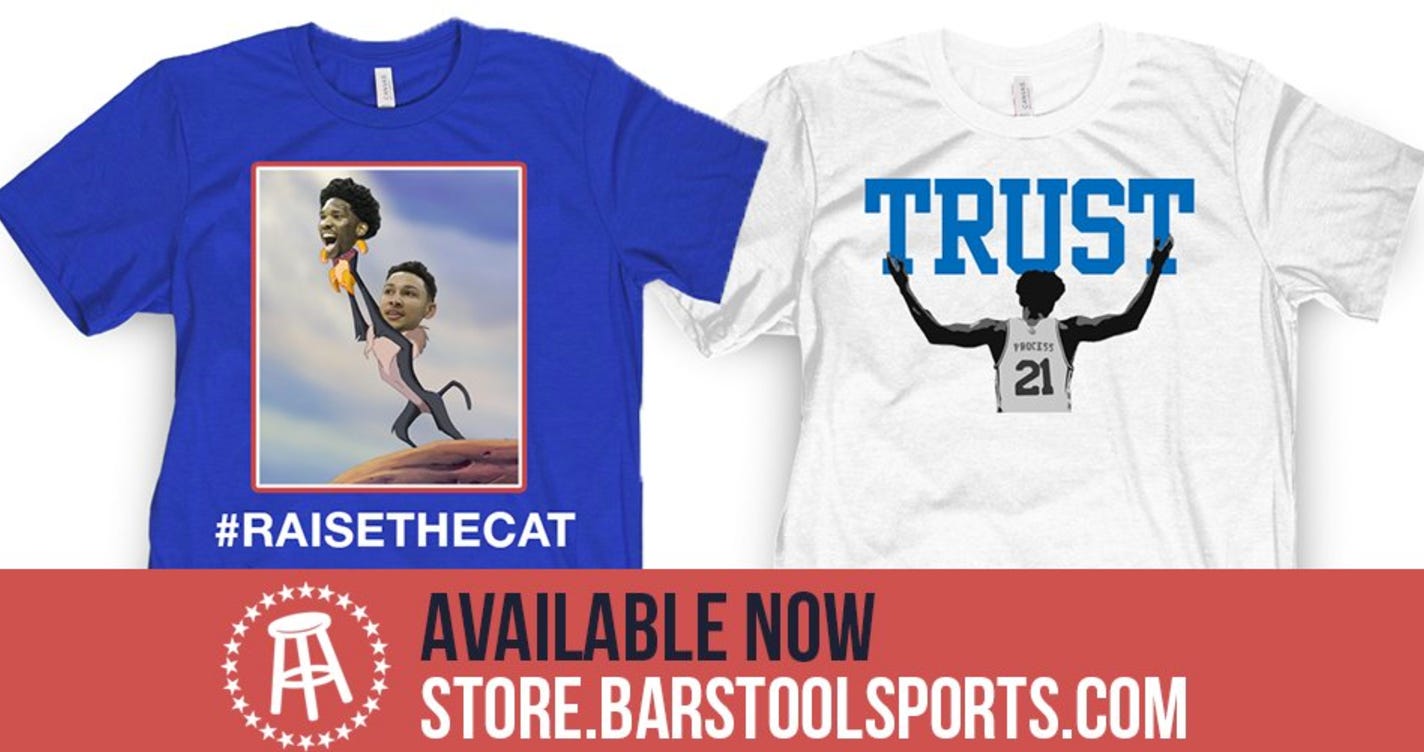