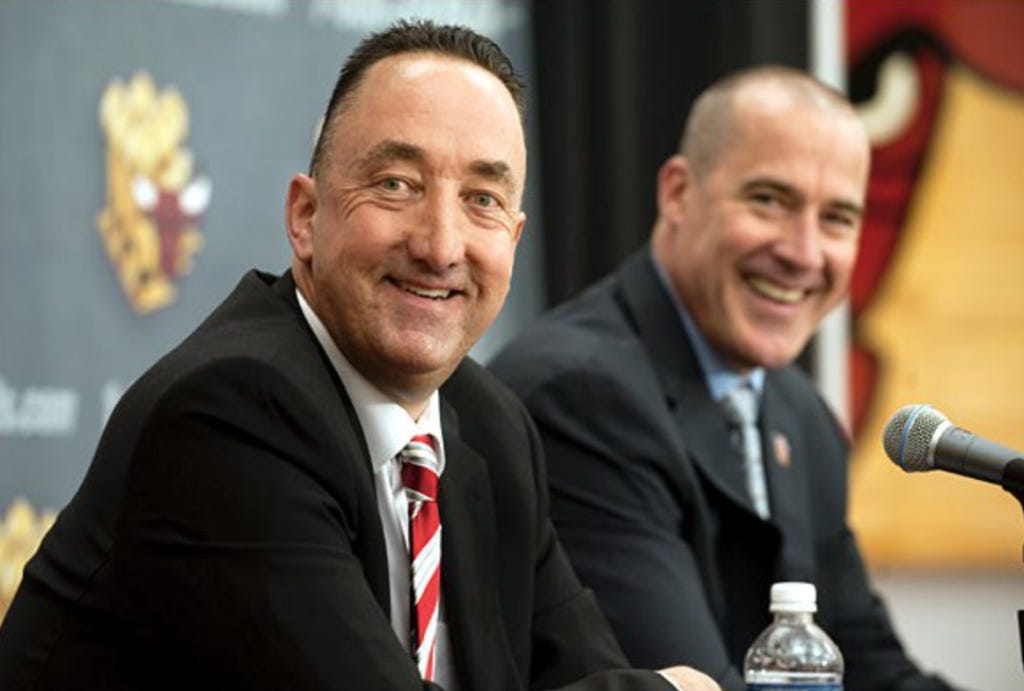 (Source) With Dwyane Wade owning a player option and the Bulls perhaps repeating last June’s internal debate on Jimmy Butler‘s future, this could be another offseason of significant change.

But one area that will remain static is the people overseeing that roster construction.

Despite some outside perception to the contrary, the jobs of executive vice president John Paxson and general manager Gar Forman are safe, sources familiar with ownership’s thinking told the Tribune. In fact, ownership’s trust in Paxson and Forman remains so intact that they would be retained even if the Bulls miss the postseason for a second straight season, one source said.

It’s well-documented that Chairman Jerry Reinsdorf and son Michael, who runs the business side as president and chief operating officer, are loyal and long have favored front-office continuity. But there’s also inherent trust in the roster-building process that Paxson, Forman and their staff have in place.

I’m sitting here like someone who has just been owned online. I’m not angry, I’m actually laughing at how funny this is to me. And you know what? We as fans are continually being owned by the Reinsdorfs. Gar Forman and John Paxson are safe. Say that sentence again. Gar Forman and John Paxson are safe. John Paxson has been part of the Bulls front office since 2003. Gar Forman has been here since 2009. Besides lucking out in the Derrick Rose lottery, having Joakim Noah become an All Star for a few years and drafting Jimmy Butler what have they done? Missed out on every big free agent ever? Signed Ben Wallace, Carlos Boozer, Pau Gasol, Dwyane Wade all well past their primes? Spent the past 5 years trying to tell everyone the Bulls are competitors even though Lebron has absolutely owned the Eastern Conference? Run the only good Coach they hired out of town? What? What have they done? And now we hear that they’re both safe. I would say it’s unbelievable but it’s not, because the Reinsdorfs, much like the McCaskeys, run their teams as a family business. Which means once you’re inside the family you’re in for life no matter how bad you are at your job. As long as season tickets get bought, jerseys get sold, and you make the playoffs every couple of years, you’re safe. And the insane part is the White Sox, Bulls, and Bears all have a blueprint to success RIGHT IN THE SAME CITY. The Blackhawks and the Cubs have proven that the key to success is hiring smart people and letting them do smart things for your franchise. That may be simplifying it a bit but it’s the very first step in running a successful organization. Not hire your friends and let them stick around forever with middling results. Again, I’m not even remotely shocked by this report, but the point remains, the Reinsdorfs don’t actually care about winning basketball championships anymore, they may say they do, but their actions speak differently, and as a fan, that flat out sucks.

The Bulls will probably win against the Warriors tonight in Golden State just to make us think they’re better than average. It would be so Bulls.