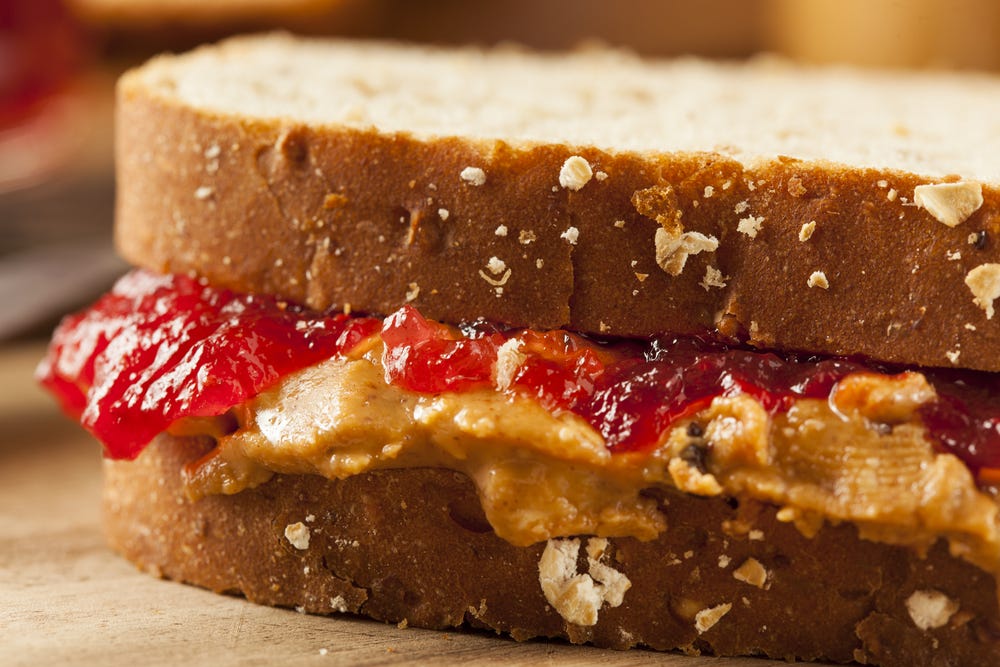 ***Disclaimer: this has been the slowest news day of the year so far so here we are talking about jelly because it’s almost lunch time and I’m hungry***

There are very few sandwiches in the history of food that are as perfect as the Peanut Butter & Jelly. I like to think the first PB&J ever crafted was on July 4th, 1776. The Founding Fathers just wrote the hottest diss track of all time in the “Declaration of Independence” and they were looking to throw a little soiree to celebrate their accomplishment. It was a Saturday so you know it was for the boys and they had to throw a rager of biblical proportions. As the party went on, the fellas got drunker and drunker, and eventually they were all a bunch of hungry boys. So the stepped into the kitchen, grabbed whatever ingredients they could get their hands on and, voila, the Peanut Butter & Jelly sandwich was born.

Anywho. Since that time, grape jelly has remained at the top of the power rankings in terms of spreads to be so deliciously paired with peanut butter. And it’s for good reason. I’m not trying to come up here and say grape jelly is bad. You’d have to be some real sort of asshole to say that. Grape jelly didn’t just get to the top by accident. However, that was over 300 years ago. And since that time, a newcomer has been making his way through the ranks. A young pup has been turning heads and has the scouts buzzing. That prospect, of course, is Strawberry Jelly.

Now at this point right now, I’m sure a lot of people are thinking “who the heck are you to come in here saying that Strawberry Jelly should become the standard jelly of choice for PB&J sandwiches?”. And I’d like to answer your question with another question. Who am I? No. Who the fuck are YOU? I’m a guy who eats at least one Peanut Butter & Jelly sandwich for lunch every day. Oh, PB&J’s are for poor people? Well guess what, bitch. I am poor. I blog for a living. But that doesn’t change the fact that they are delicious and nutritious. And as somebody who has consumed somewhere around 3-3.5 thousand peanut butter and jelly sandwiches over the past decade, I think I’ve earned the right to claim that strawberry is simply a superior jelly when paired with peanut butter. Again, this is nothing against grape. Grape has given us everything it has in the tank. When you look back on the career of Grape jelly, you see not only a 1st ballot Hall of Famer, but the greatest there’s ever been so far. But all great things must come to an end. And today. February 8th, 2017, is the day that grape jelly’s ride at the top must end.

As the late great LeBron James once said, there’s a new sheriff in town. 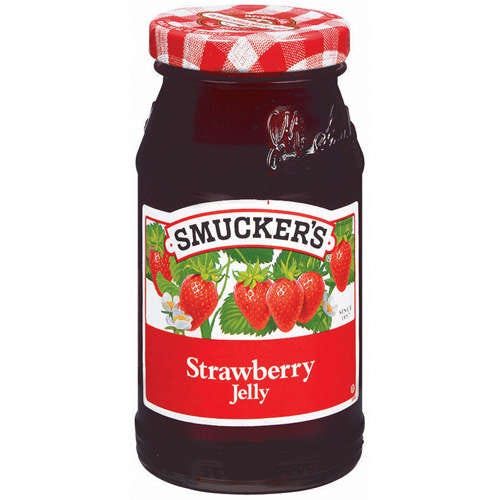