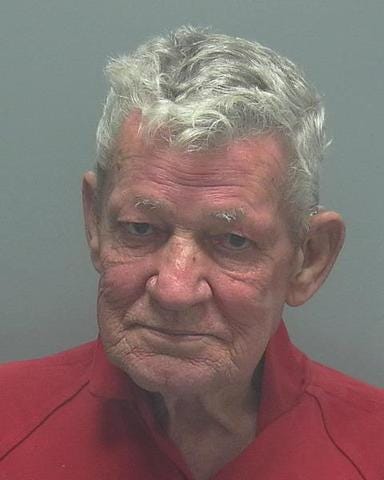 LEHIGH ACRES, Fla. — Deputies say a 77-year-old new groom told them he shot his new bride in the buttocks, and the bride told Four in Your Corner the situation is a “nightmare.”

According to a Lee County Sheriff’s Office report, Donald Royce admitted to deputies he shot his wife following an argument over the couple’s sleeping arrangements. He says they’ve been married since August but have yet to consummate their marriage.

The couple’s roommate says she heard two gun shots, and when she went to see what happened, Royce pointed the gun at her.

She says she convinced him to let her call to get his wife medical help.

Royce told arriving deputies “I shot her and the gun is in my room.” He later told deputies that he never intended to shoot his wife. He just wanted to scare her by shooting the mattress, and became upset when he realized the gunfire struck her.

I know Royce was just trying to fire off a warning shot, as one does, into the mattress to scare his bride into giving him that sweet, sweet, coochie but that’s the problem with a warning shot. One minute you’re giving your wife a scare of a lifetime in order to coerce some sex out of her because you’ve been married since August and haven’t sealed the marriage in the eyes of the Lord, and the next moment you are in jail for attempted murder.

Just from looking at Royce, I bet she’ll regret it someday. I bet he could have given her the fuck of a lifetime, and deep down, she knows that. Still, no matter how good he is at sex, he shouldn’t have shot her in the ass. I think we can all agree on that.