I mean. Jesus Christ, man. How far does Johnny Gaudreau have to go before the the league finally steps in and does something about it. February 7th and Johnny Hockey is already taking penalties? The Flames still have 26 more games to play this season, not including playoffs. How many more penalties is this kid going to take? 1? 2? THREE? You just never know with him. He skates around out there with a complete disregard for player safety and I, for one, am sick of it. I mean, just look at how he forces Sean Monahan’s stick to catch Cole in the face here.

Little too quick for your simple-minded eyes to catch? Here. Let me break this down for you the way that only a true hockey expert knows how. 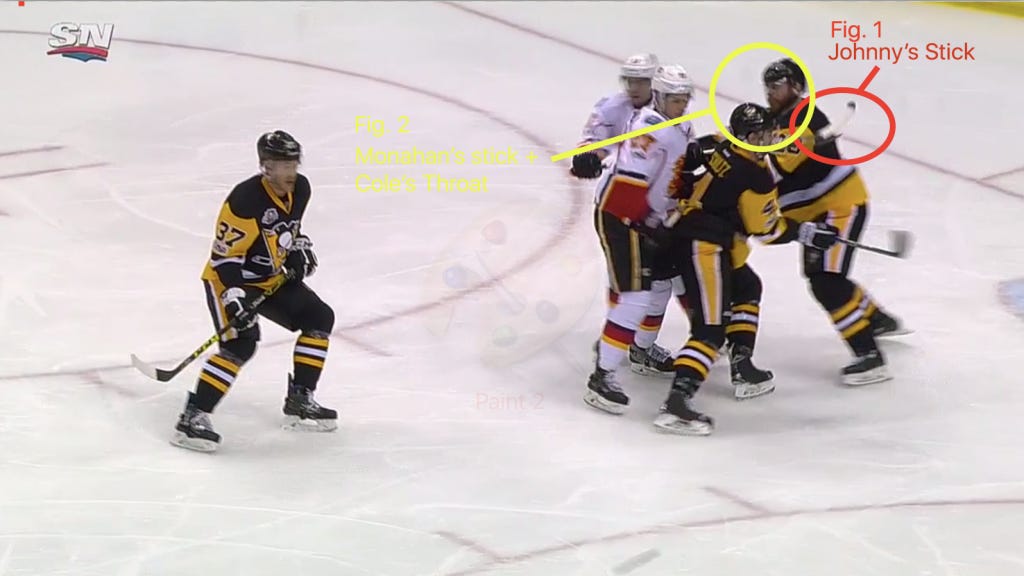 Johnny thinks he’s being slick here. He knows exactly what he’s doing. He has every intention of catching Cole up high with a stick. But he needs to frame Monahan in the process so he doesn’t get in trouble for it. That’s some sadistic shit. But luckily for everybody else in the world, the zebras on the ice didn’t fall for it and now Gaudreau goes off to the box to feel 2 minutes of shame.

Look at how many naughty cuss words this boys just said in the box! Clearly he feels no remorse for his action and only further proves that he’s a menace and a threat to player safety every time he steps onto the ice. Guess that’s why they always say you can take the boy out of South Jersey, but you can’t take the South Jersey out of the boy.