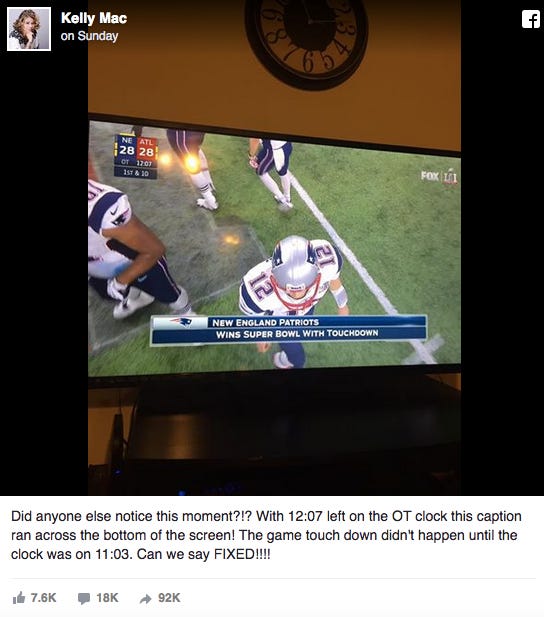 These are two very different “the NFL is cheating” situations. One is just extremely, extremely wrong and the chick thinks that “wins Super Bowl with touchdown” was a premonition rather than simply explaining the rules of an NFL overtime and the other is a bad opinion that White never crossed the goal line. But, either way, I can’t imagine being a person who’s followed the NFL for the last two years and thinking the NFL brass would be the ones to do what they can in order to help the Patriots secure a victory. You know, because of that whole, suspend their superstar after dragging his name through the mud, leaking false reports, lying about an independent investigation, lying about what he wasa told and what he siad in his interviews, and being general pieces of shit. That’s not quite the guy you rig a Super Bowl. Goodell spent the first three quarters rubbing his nipples like that redneck in the Waterboy and the fourth quarter sucking on his thumb and calling for mommy, he didn’t even have time to rig this thing.