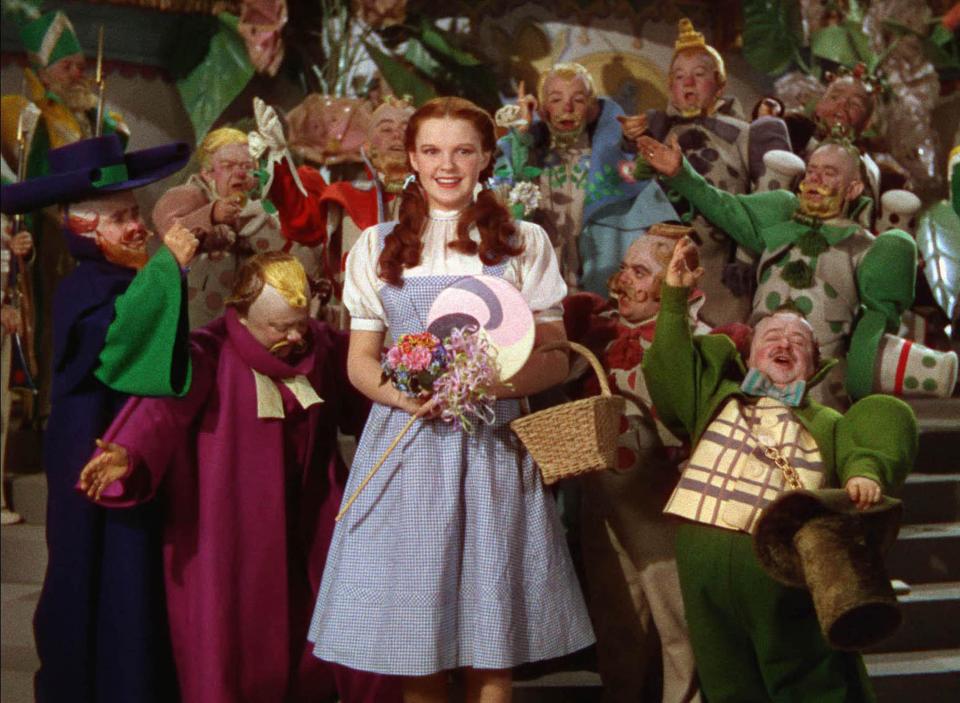 Page Six – The ex-husband of Judy Garland has claimed the 16-year-old icon was groped by the Munchkins on the set of “The Wizard Of Oz.”

The shock revelations were found in a recently discovered memoir by Sid Luft, who died in 2005.

He said: “They thought they could get away with anything because they were so small. They would make Judy’s life miserable on set by putting their hands under her dress. The men were 40 or more years old.”

Garland – who was married to Luft for 13 years from 1952 – became a Hollywood icon after the movie.

There have been so many exciting developments in the field of little people in the last few years — namely me deciding to find a few attractive female ones for no real reason. But seeing this? Now I’m casting a questioning eye at the next hand with Vienna Sausage fingers I see coming across my way.

Sure it was 1939 and it was a different world — the Rosie the Riveter “We Can Do It!” ad didn’t even exist until 1943 so women probably didn’t feel empowered enough to tell Munchkins not to molest them — but what kind of huge (little) dickheads must they be to pull shit like that. And apparently it went beyond harassing developing movie starlets, the Munchkins also dabbled in other various creepery:

There were rumours of wild evenings with rooms ransacked and drunken midgets swinging from the rafters. One horrified observer described them as “an unholy assembly of pimps, hookers and gamblers”.

Certainly, some of them seem to have resorted to boosting their earnings by pimping and whoring – and indeed begging. As many pointed out later, they were being paid far less than anyone else on the film – including Toto the dog. Many of them had vile tempers, too, so much so that one even tried to kill his wife.

I feel like I’ve read about this in passing before but how fucking horrific of a background is this for an iconic American production from Hollywood? I’m not sure you can blame gropey little people for the sad way Judy Garland passed but if anything were going to get me started on a path of abuse and self-harm it’s having some handsy little creeps dressed like magical beings from a technicolor dimension jamming their stubby index fingers into my nether regions. I guess there’s only one Munchkin still left alive but needless to say I’m not clicking my heels or bending over while dressed up as a Kansas farm girl anywhere near him just to be safe: