I’m sitting here watching the parade, see my dude Julian Edelman getting after it, firing up the crowd, getting them going with a nice little salute to Tom Brady and Bill Belichick’s five Super Bowl rings and then GOOO!! 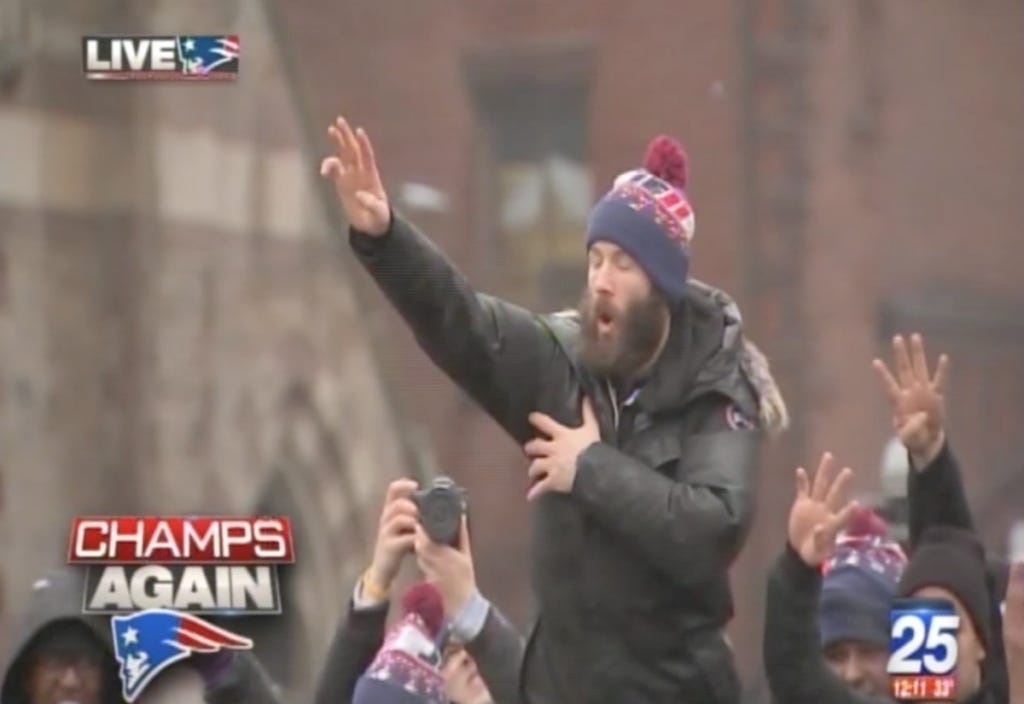 The hell is that?? That thing’s gotta be broken, right? No way it’s always been like that.

Upon further review, it actually has been like that, which only makes this catch all the more impressive. Greatest catch in Super Bowl history, hands down. No pun intended.