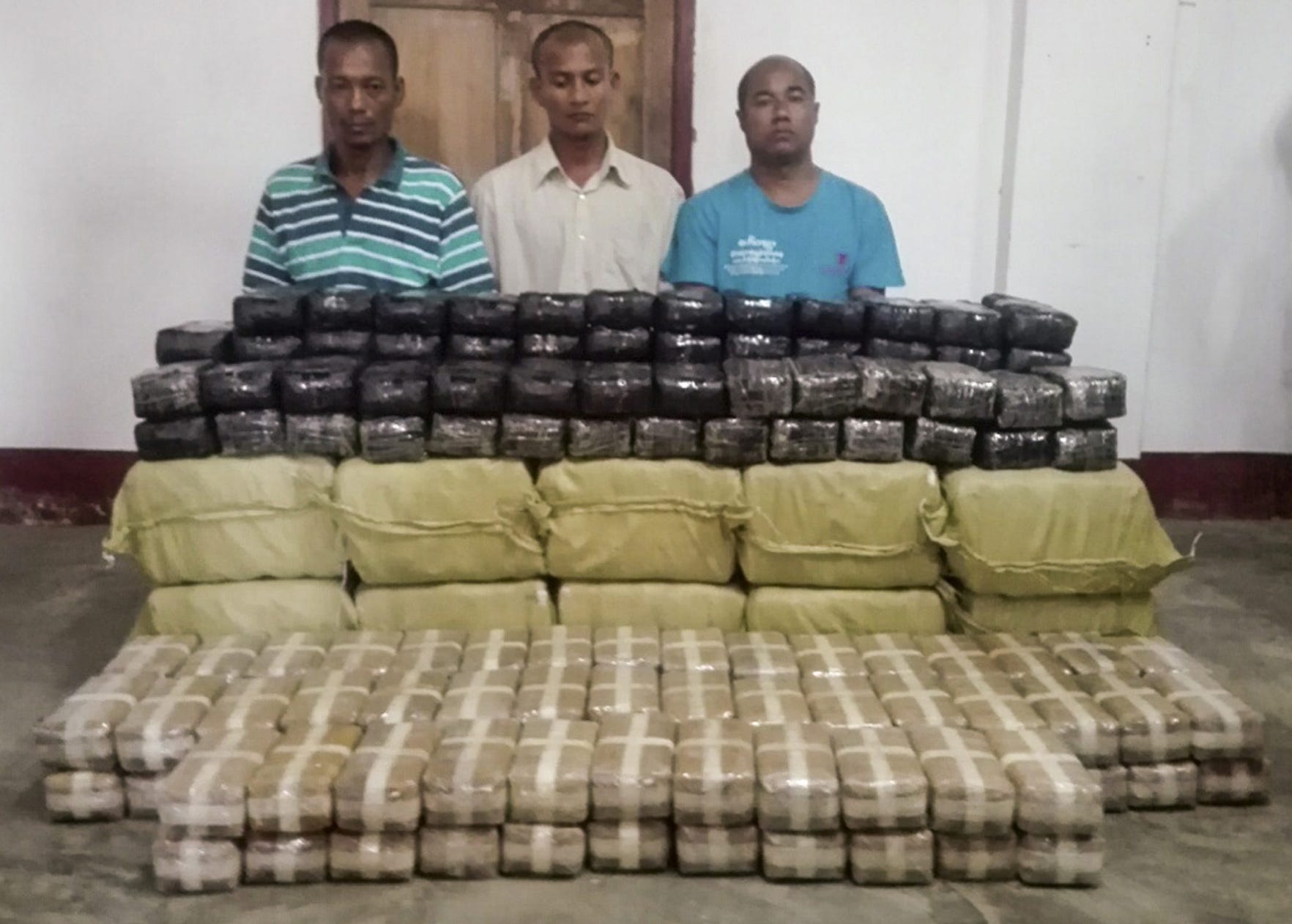 YANGON, Myanmar — A Buddhist monk has been arrested in Myanmar after authorities found more than 4 million methamphetamine pills in his car and in his monastery, police said Tuesday. Officer Maung Maung Yin said the monk was stopped Sunday as he drove in northern Rakhine state, which borders Bangladesh. Authorities had been tipped off that the monk was carrying an illegal haul. Maung Maung Yin said an anti-drug task force found 400,000 pills in the monk’s car. A subsequent search of his monastery turned up 4.2 million pills along with a grenade and ammunition. A statement from the office of Myanmar’s leader, State Counsellor Aung San Suu Kyi, said that one million kyats ($769) in cash was also found in the vehicle. Myanmar is a major producer of methamphetamine, usually smuggled from the northeast to neighboring countries. It is also the world’s second biggest producer of opium, from which heroin is derived.

Not shocked. Not shocked in the least. You wanna know what? Cause never not once I have I seen any Buddhist Monk on the Forbes list for richest people. How do Buddhist Monks even make money? When I picture a Buddhist Monk in my head I picture them sitting in a temple being completely quiet or praying 24/7/365. That ain’t paying the bills fam. I’m sure it’s a noble job but God or whoever usually doesn’t spread the wealth around. So what do you do? Yep. You get a side hustle. A little something something to get by. A little walking around money if you will. So one of the monks started dealing meth on the side. No biggie. That doesn’t feel that put of the ordinary. Here’s a sweeping generalization about all monks but aren’t they deep in the opiate game? Pretty sure they are. So moving on to meth isn’t a huge deal. But then you get in wayyyyyyy too deep and all of a sudden you’re getting pulled over with 4 million meth pills and a grenade. It happens.