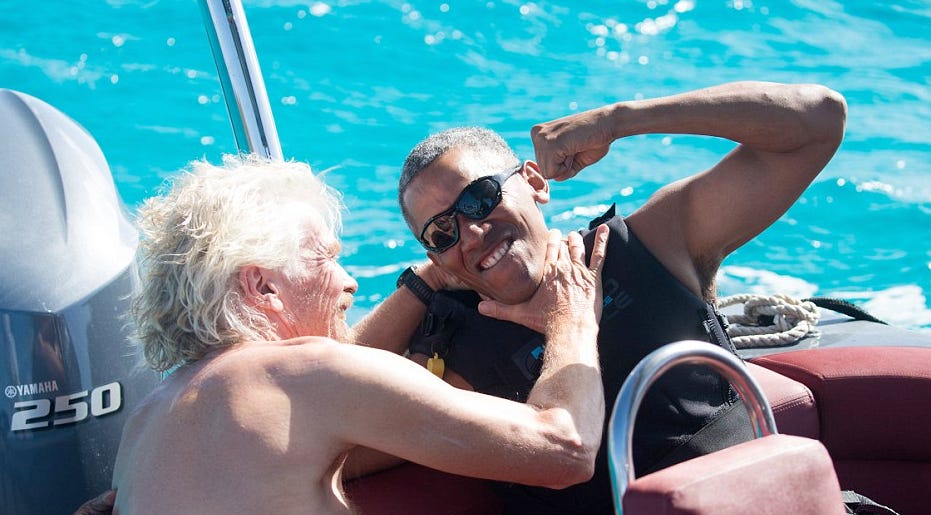 New photos show the newly-retired Obama going kite-surfing with Branson during a recent getaway on the Virgin founder’s private island.

Literally nobody on planet Earth more chilled the fuck out than Barry Obama right now. Kitesurfing on Richard Branson’s private island – it’s like a Mad Lib of “rich people chill shit.” Good for him. 8 years of the most stressful job on Earth. Aged approximately 19 years over those 8. Half the country hates your guts and the current President convinced everyone you’re a Kenyan Muslim. Dealing with wars and tragedies and conflicts and political infighting and shit. If anybody has earned some kitesurfing time on Richard Branson’s private island it’s Barry O. 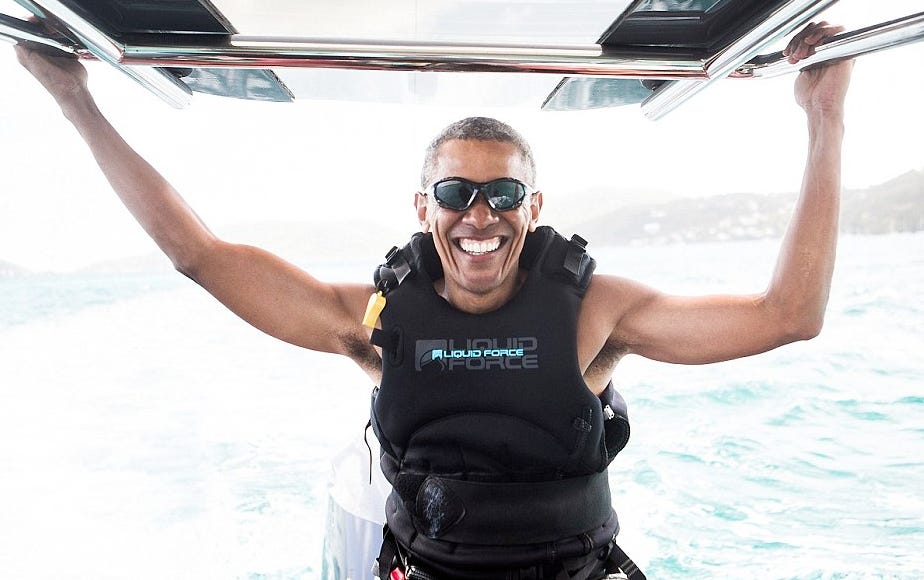 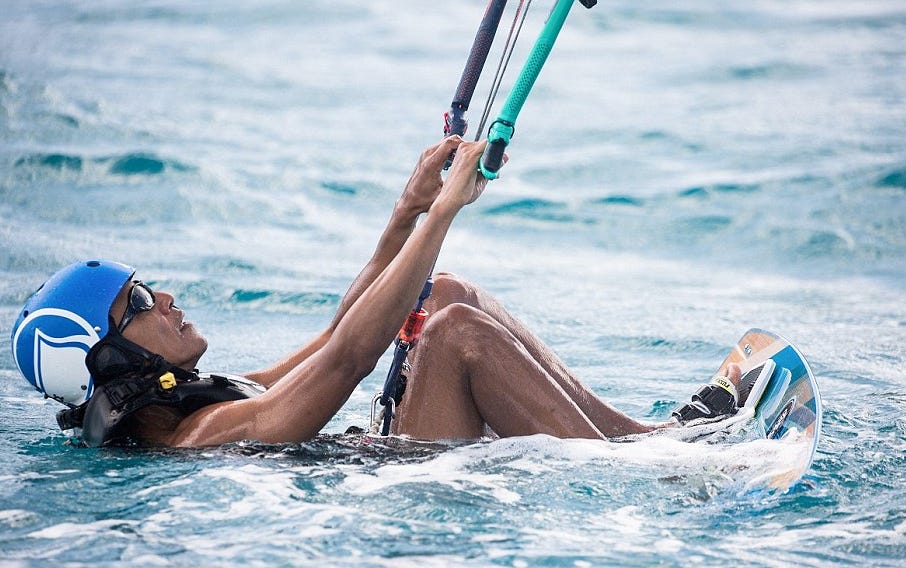 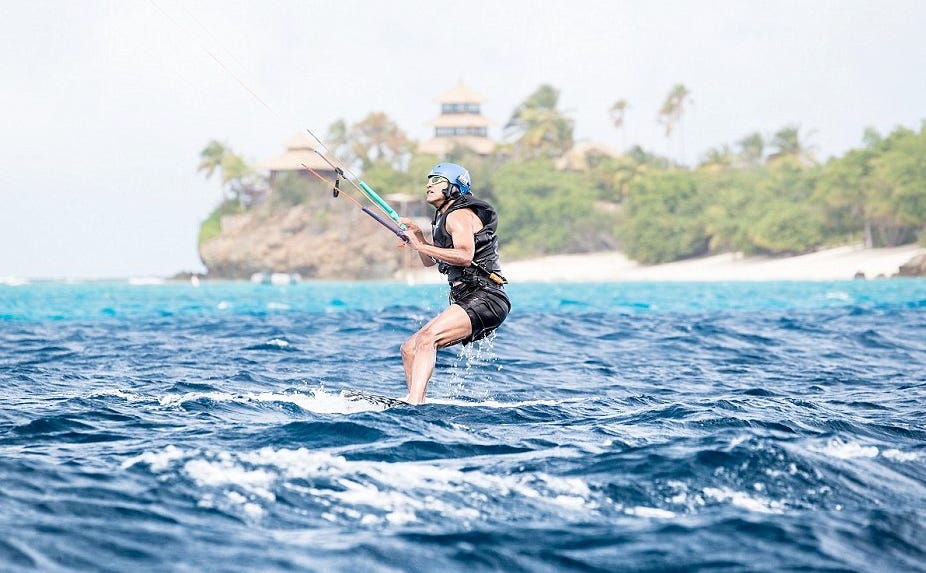 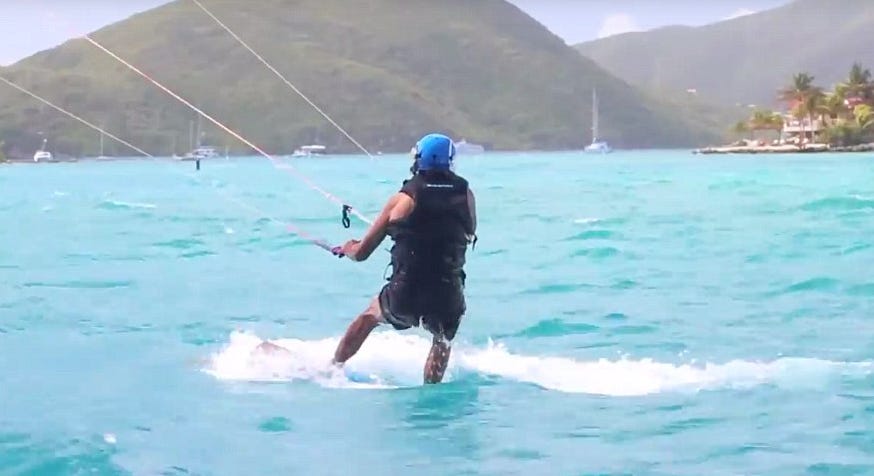 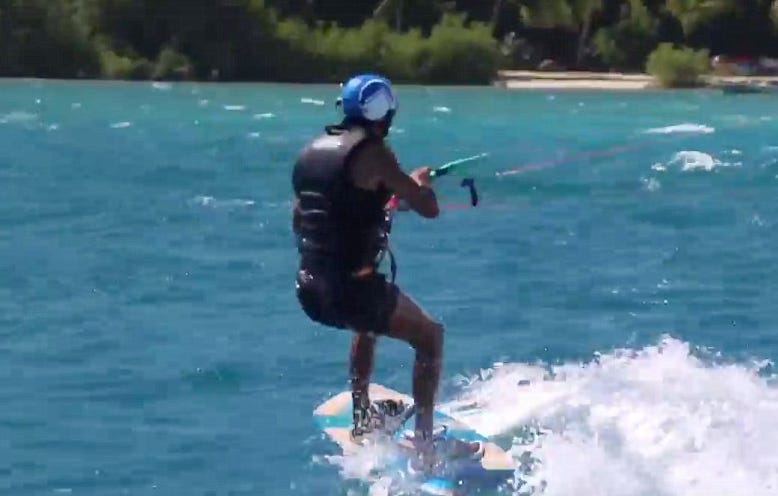