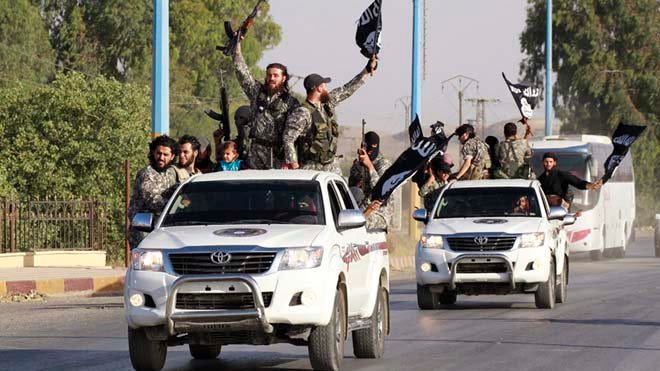 Fox News – Headaches, bad backs and general malaise are plaguing the ranks of ISIS, with jihadists calling out sick from the fight to save their caliphate, according to a report.

Foreign fighters in particular seem to be going soft in the face of an offensive led by the Iraqi national military, Kurdish fighters and international forces. Documents discovered in recently liberated sections of Mosul show how the fair-weather jihadists go to great lengths to get out of combat.

Lmaoooo. What a bunch of baby back bitches. Is ISIS the softest terror group in the world or is ISIS the softest terror group in the world? Calling out sick because of headaches and their poor wittle bad backs?A bad back is a helluva long way from the heart. But they wouldn’t know shit about that because they’re softer than baby shit. I am howling over here. HOWLING. Turns out ISIS is just a bunch of LeBron James wannabe’s. I mean come on, you pussies. You think you’d ever see a hockey player ask the coach to not play him because he has a little headache? Frig no. If you’re not skating around with at least a grade 2 concussion, then you’re not playing hard enough. These guys break their goddamn legs in half and they still finish the shift because the team means more to them than the pain. But ISIS? Not a chance. They’ve got no heart. No gumption. No balls.

It’s just comical, really. ISIS likes to walk around like they’re these big bad enforcers. But it turns out they’re a heartless, dickless fair-weathered bitches. They wouldn’t last a day out on the ice. 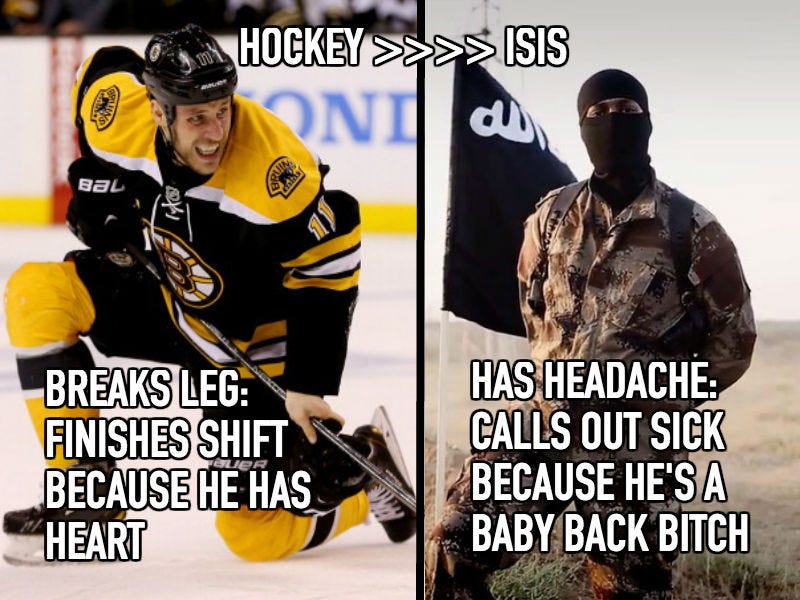