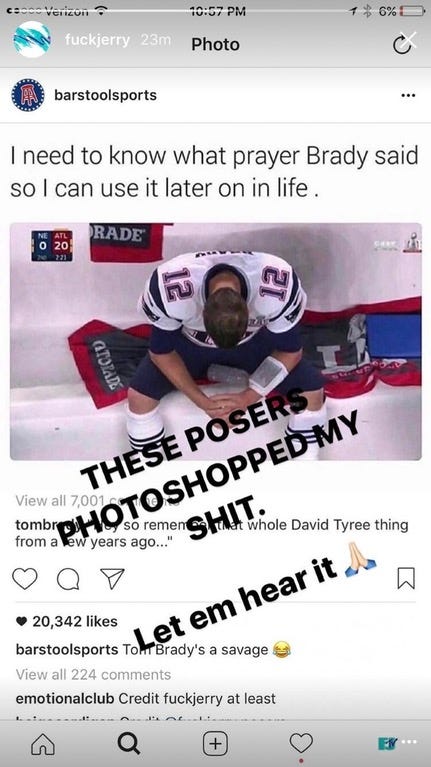 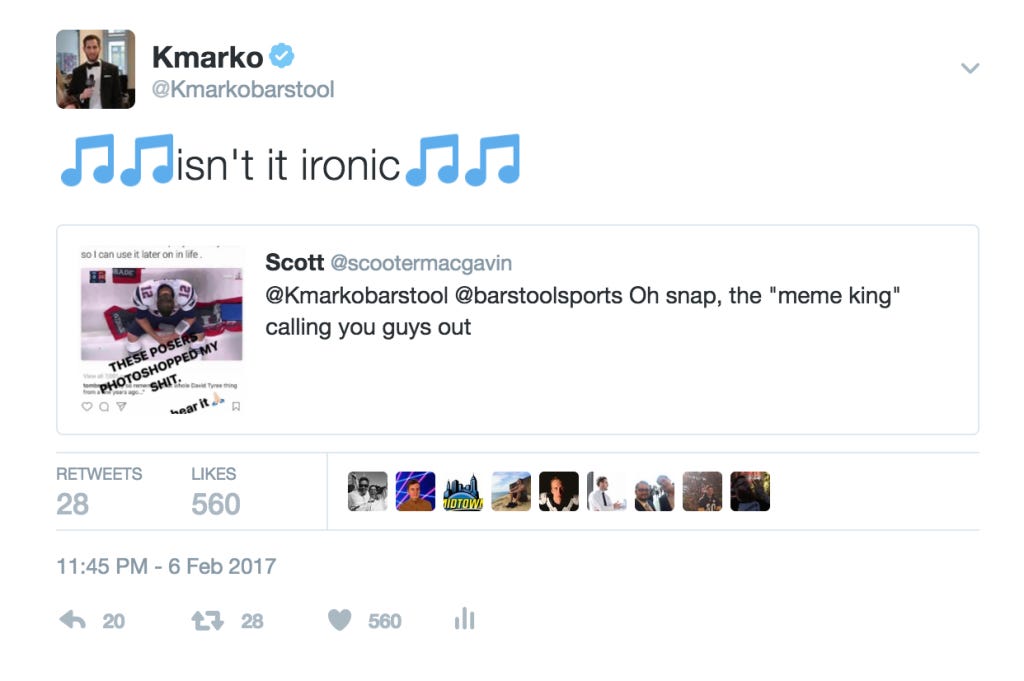 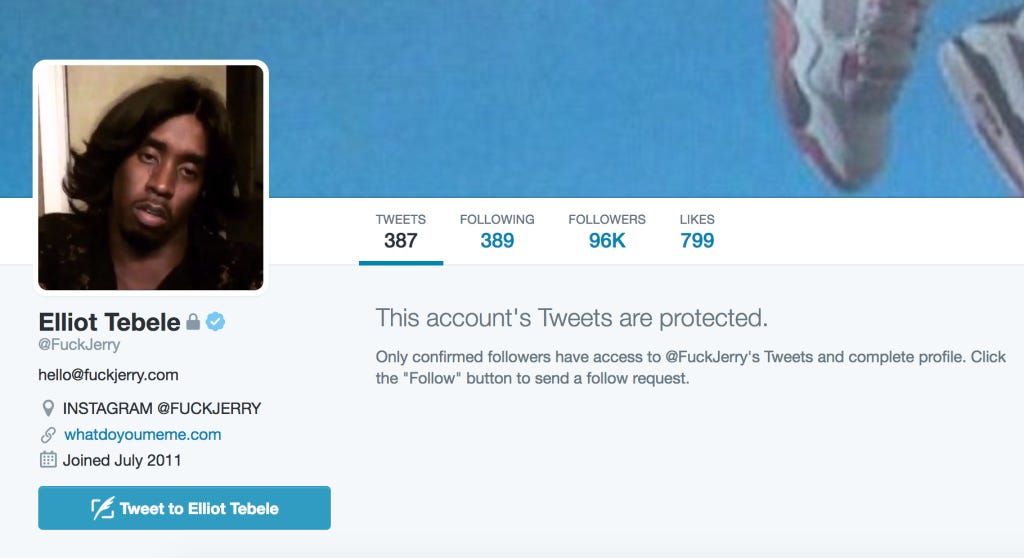 Fun little Internet Fight that you may have missed last night if you went to bed early. Famed meme plagiarist and joke stealer “Fuck Jerry” (if you’re not familiar think of a ripoff Fat Jew but less funny) getting Mad Online at someone on the Barstool social team using the same picture as him. It came to some of our attention that a guy who makes his money on stealing content getting mad at someone for stealing his content was a very ironic and very funny thing to happen – made even more funny by the use of “posers” and a “let em hear it” with a high five emoji (for the record nobody let us hear it, not a single person. It’s tough to mobilize your fan base when it doesn’t actually exist.)

The bad news? It only lasted like 15 minutes before Jerry tucked his tail between his legs, pulled all the posts down and made his Twitter account protected. Literally the quickest death in internet history. We hadn’t even gotten rolling yet. The Stoolies weren’t even fully at their battle stations. 99% of the tweets he was getting weren’t even mean, they were like, legitimate concern asking if he was positive he wanted to do this. That was all it took though to shut the whole thing down. Pretty anticlimactic.

Let me say there’s no doubt in my mind that Coley or someone on our social just ripped this meme from someone. I never asked. Never cared. Still don’t care. Literally nothing on Earth less important to me than where this Tom Brady meme came from. But then again I don’t call myself a “Meme Master” and have Nightline specials praising me for making money on the internet by cropping other people’s logos out of their jokes and putting them on Instagram. So I guess I could see how Fuck Jerry took offense to us stepping on their brand of stealing one line captions.

Anyway this goes without saying but, in the most obvious plot twist of all time, Fuck Jerry stole this meme from someone else.

But you already knew that. 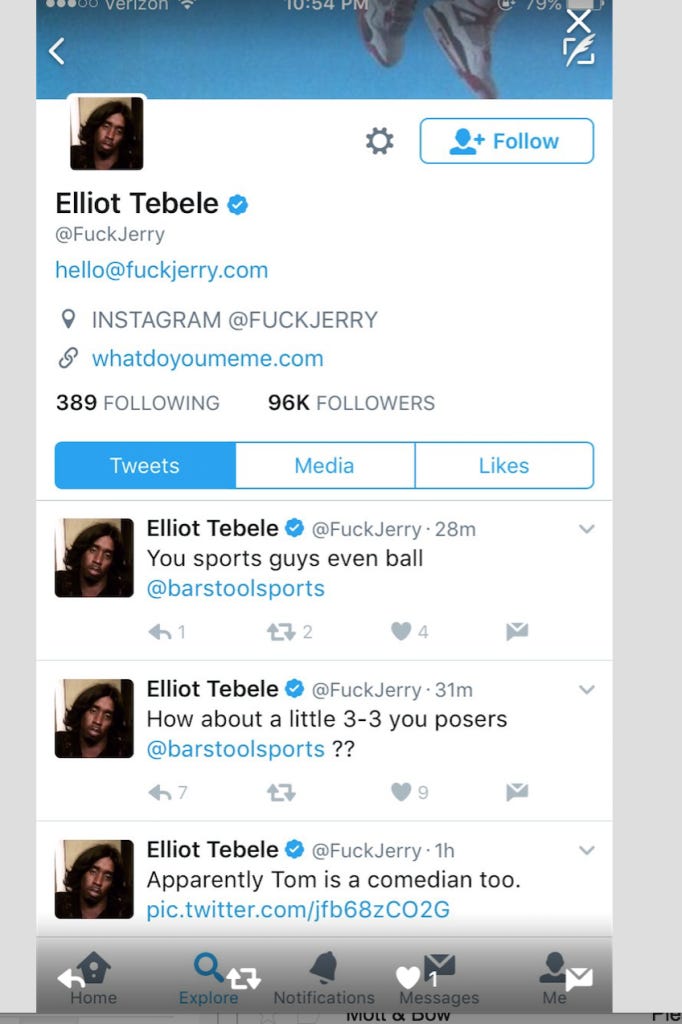