This isn’t just a good local commercial, this is good for any commercial. This spot for Cyprus Heating and Cooling aired last night in DC during the Super Bowl and is making waves today because the Trump impression is so spot-on. Joe Jacoby flashing his Super Bowl rings and an A+ Trump impression will get the people going any day.

And to that point, I just love local commercials in general. They are always the best. They are simple and effective as the day is long. The standard definition cameras, the jingles, the pro athletes who randomly show up. Can’t get enough.

Eastern Motors is the gold standard. Where your job is your credit. Pretty sure it’s a very elaborate ponzi scheme or something of the sort, but man that jingle gets the juices flowing.

Paisanos Pizza, another classic. Pierre Garcon opened his own competing pizza joint, but it didn’t stop this commercial for running seemingly around the clock:

And my absolute favorite, Metro 29 Diner

Seriously, this Metro 29 Diner commercial airs non-stop and it was filmed maybe during the 2nd World War. Why waste money on a new one when literally nothing has changed for the last 40 years? 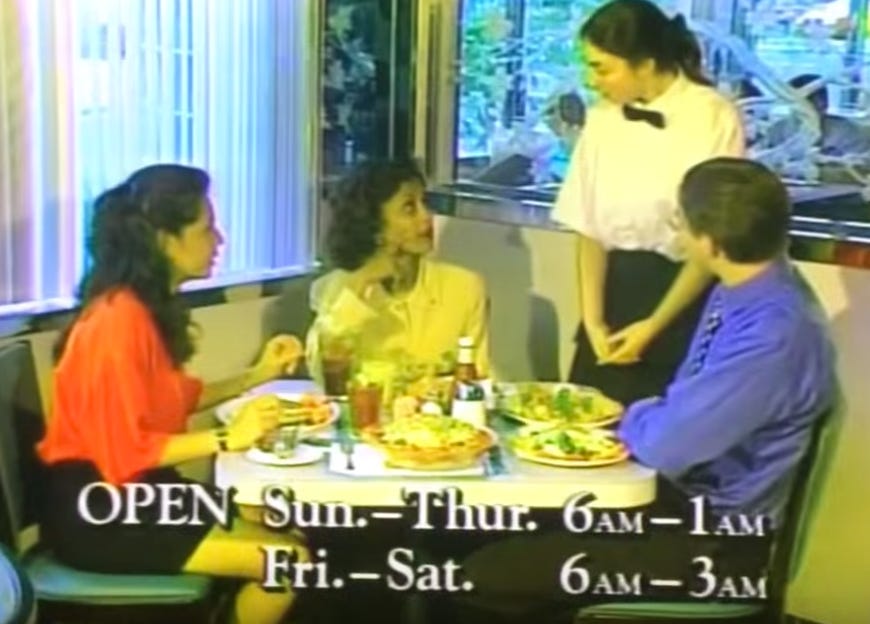 PS: Not sure if it counts, but the GOAT commercial jingle