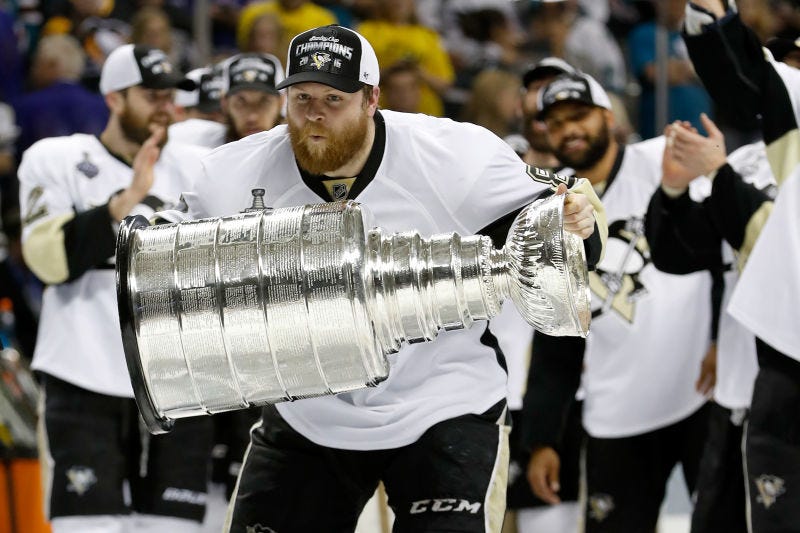 I’m not going to get up here and try to take away anything from last night’s game. Between the comeback, the Julio catch immediately followed up by that Edelman catch, and everything in between, last night’s Super Bowl 51 was everything you could have asked for. With that being said, it’s just sad to see such an amazing game be rewarded with such a mediocre piece of hardware. 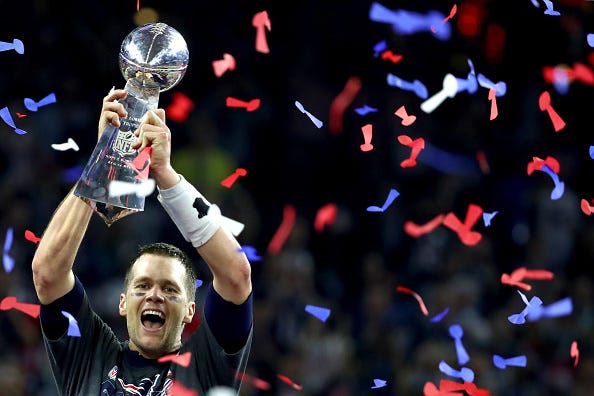 I like to think that the first Lombardi Trophy ever awarded was a last minute thing. They forgot to buy a trophy for Super Bowl 1 so some shit dick intern decided to stick a football on top of a small traffic cone and spray paint the whole thing chrome. You can’t drink a beer out of it. You can’t eat a bowl of cereal out of it. You can’t put any ridiculously cute babies inside of it. There’s a new one every year so you don’t get your name etched onto one Lombardi Trophy for eternity. There is no Keeper of the Lombardi Trophy, whose sole job is to transport and protect the trophy. Guys on the winning team have no interest in spending a day with the Lombardi Trophy once they’ve won it. It’s just a lame football (fully inflated, mind you) perched up on a traffic cone and spray painted chrome. Nothing more, nothing less.

Like I said. Great game, but mediocre at best trophy. Lucky for all us trophy fanatics at home, however, we still have the best trophy in all of sports to look forward to this year when the Stanley Cup is given out in June. And before we wrap this thing up, here are a couple more very correct takes for you to let marinate on your mind for the rest of the day. 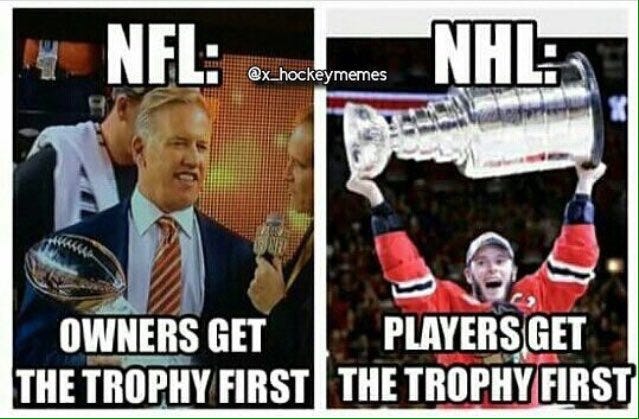 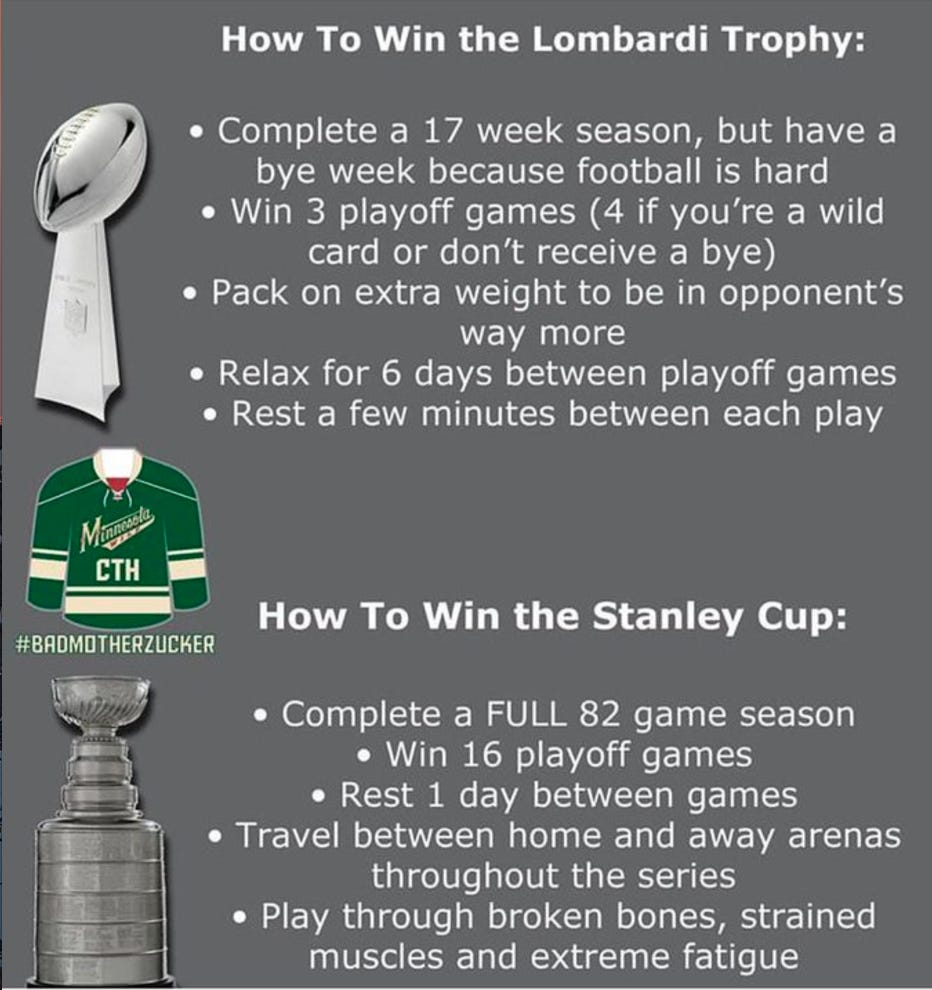